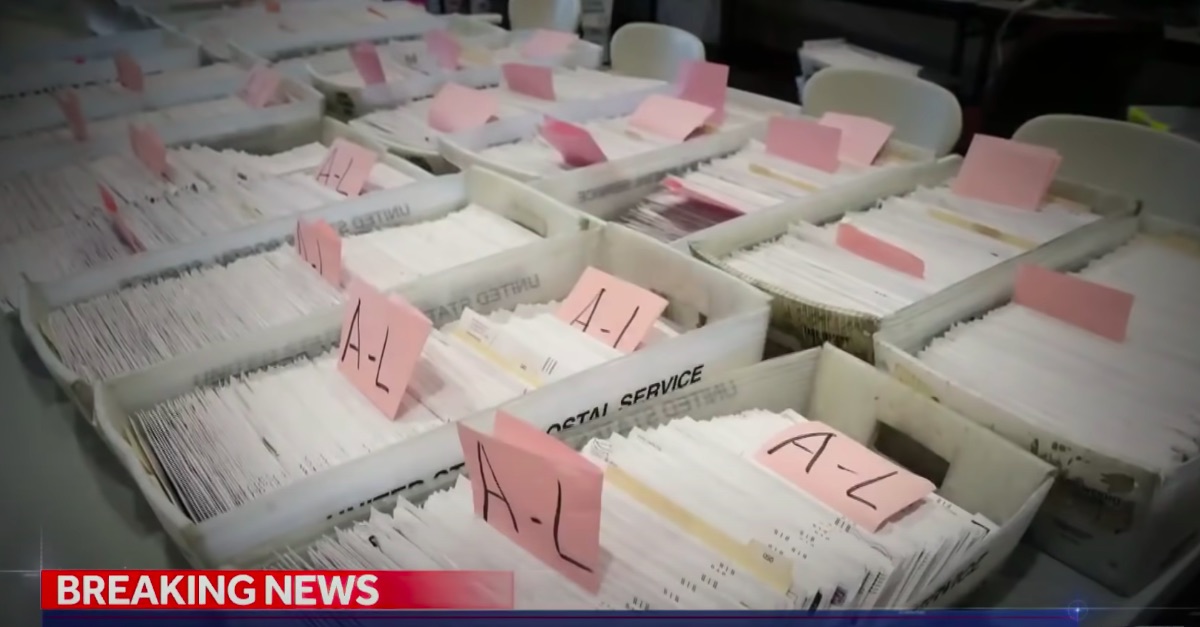 A pair of Republicans in Pennsylvania filed a lawsuit on Tuesday claiming that election officials in Montgomery County, a suburban area just outside of Philadelphia, have unlawfully counted mail-in ballots before Election Day and only contacted some of the whose ballots have been found deficient to correct them before polls close.

The suit was filed in U.S. District Court for the Eastern District of Pennsylvania by Kathy Barnette, a Republican congressional candidate, and Clay Breece, the chairman of the Berks County Republican Party.

“In Montgomery County, the Board of Elections is not only deviating from the standards set forth in the Pennsylvania Election Code, they have substituted and are implementing their own arbitrary standards by illegally pre-canvassing mail-in ballots received before November 3rd and, in certain instances, providing the electors submitting such illegally pre-canvassed ballots that are found to be deficient an opportunity to re-vote on or before November 3rd,” the complaint stated.

Vote tallying is not permitted in Pennsylvania until 7:00 a.m. on Election Day.

“While Berks County, some of whose electors, including plaintiff Breece, share the Pennsylvania 4th Congressional District with the majority of Montgomery County electors, is adhering to the Election Code and the Supreme Court’s ruling, Montgomery County is pre-canvasing mail-in and absentee ballots, before 7 a.m. on Election Day, detecting defects in these ballots, and contacting some mail-in or absentee voters to change their ballots,” the suit said.

The plaintiffs also claimed that the county has restricted candidates and legally constituted “canvas watchers” from observing the process by placing them in “a tiny holding pen” with an obstructed view of the process.

The plaintiffs asked a federal judge to toss out approximately 1,200 ballots they alleged were sent in defective and subsequently changed.

“Plaintiff is running as the candidate in the 4th Congressional District for the Republican Party, and she will be at a significant disadvantage as the 4th Congressional District consists of both Montgomery County and Berks County,” the complaint stated. “A vote that could count in Montgomery County will not count in Berks County because of the decisions made by Defendants in violation of Pennsylvania’s Election Code and the Supreme Court of Pennsylvania’s holding.”

Kelly Cofrancisco, a spokeswoman for Montgomery County, provided a statement to Bloomberg saying the county believes its process is “sound and permissible under the Election Code.”

"They may very well try to…stop the count in a state like Pennsylvania," senior Biden campaign adviser Bob Bauer says. "It is a complete fool's errand. Those votes will be counted." pic.twitter.com/pxm33JCqPX