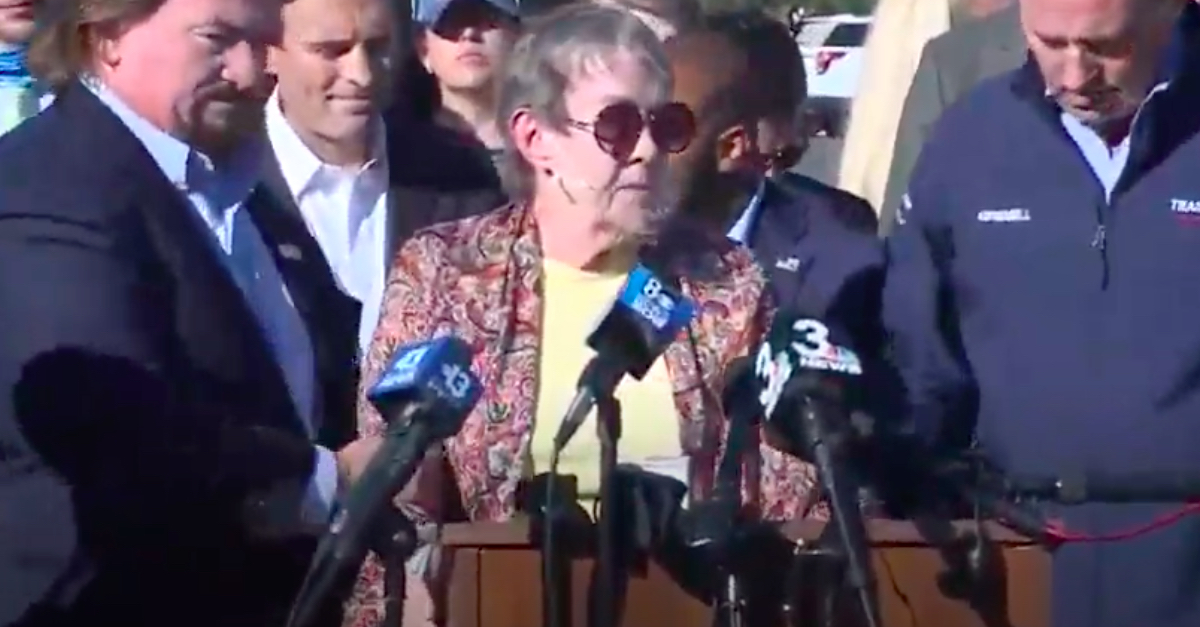 Nevada Republican claims about voting irregularities in the 2020 presidential election were rejected by a state court earlier this week, only to fall apart even more under media scrutiny. On Friday afternoon, a federal judge had his turn skewering the legal theories and evidence brought by the same legal team.

“I don’t think the plaintiffs have demonstrated a likelihood of success,” U.S. District Judge Andrew Gordon found toward the end of a more than two-hour hearing, rejecting an injunction that would have overhauled vote-counting in Nevada’s Democratic stronghold of Clark County with the nation’s eyes on the returns in the Silver State.

The case that landed in Judge Gordon’s courtroom is that of Jill Stokke, a 79-year-old legally blind Nevada woman whose claims about voting irregularities are described by officials there as unfounded. Stokke’s case was quickly touted by the Trump campaign and became a cause célèbre for local Republicans. Her co-plaintiffs include two Republican congressional campaigns belonging to James Marchant and Daniel Rodimer, both of whom are on the losing side of their respective races. Marchant has already lost his race to his Democratic opponent Steven Horsford.

Some of Stokke’s claims clearly contradict one another. Her civil complaint states that she cast her ballot on Election Day, but her sworn affidavit said that she participated in early voting on Oct. 28.

Pressed by Judge Gordon about the discrepancy, Stokke’s attorney David O’Mara chose the option that would not implicate the client in possible perjury. That raised another issue for the Barack Obama-appointed federal judge, who noted this meant Stokke waited a week before filing suit on Thursday. The 6-page complaint was long on allegations but short on evidence.

For Judge Gordon, that delay weakened their case that there was any need for immediate relief, but the holes in Stokke’s case did not stop there. She claims to have been prevented from voting because she was told that her mail-in vote was received and verified. Clark County Registrar of Voters Joe Gloria says that he told Stokke that, but also he gave her an opportunity to sign a sworn challenge to that. Stokke declined.

“On that non-existent factual basis, they want to shut down Clark County counting the election,” Newby noted.

“This is a serious matter: We’re talking about the integrity of Nevada elections,” Newby added. “What is required of this court is evidence, not talking points.”

Rejecting the parallel suit on Monday, Carson City District Court Judge James Wilson ruled that the complaint failed to show “any injury, direct or indirect, to themselves or any other person or organization.”

The Democratic National Committee’s attorney John Devaney, from the firm Perkins Coie, noted that an appeal of that case is still live, giving a federal judge one more reason not to accept a complaint on similar issues. He called the timing of the lawsuit asking to stop the state’s machine-run vote counting system “extraordinary.”

“Literally the whole county is looking at Nevada and Clark County in particular and waiting for the election results,” Devaney noted. “It would create chaos and confusion [to suspend the counting system].”

Before today’s hearing, the DNC submitted a brief that put the matter even more bluntly.

“This lawsuit is nothing more than a desperate attempt by plaintiffs’ counsel to make an end-run around the loss they suffered in Nevada state court just a few days ago on nearly identical claims,” their brief noted, adding that it should not be lost on the judge that the plaintiffs targeted only the Democratic stronghold of Carson County.

None of Nevada’s other 16 counties had been named as defendants.