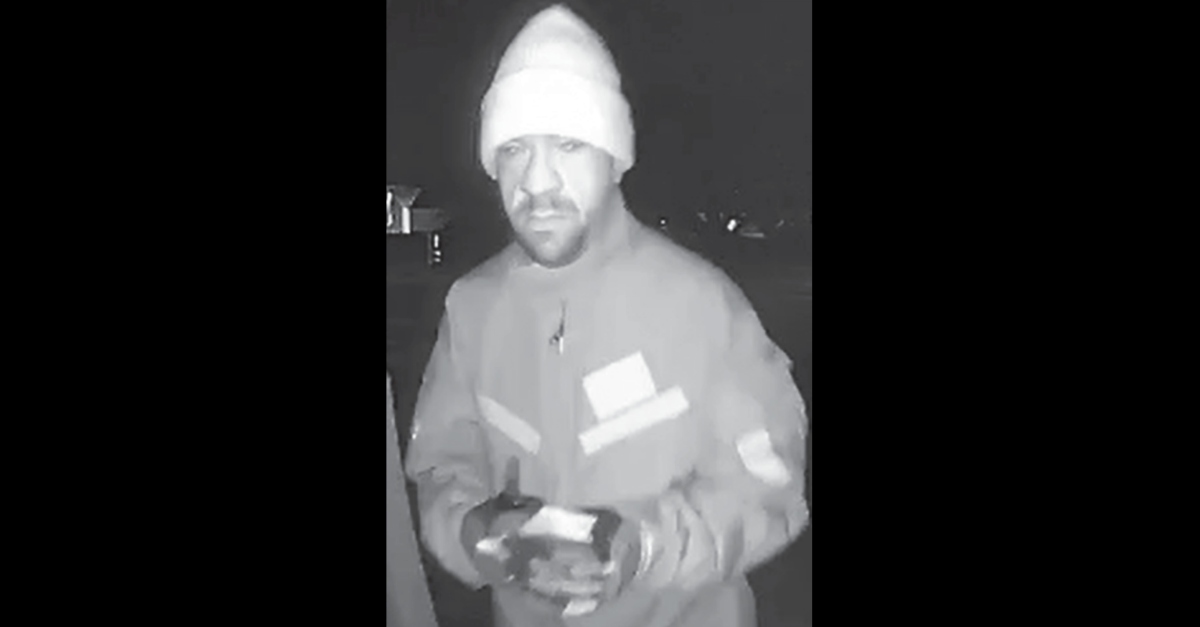 “This is a warning to anyone reading this letter if you are a Biden/Harris supporter you will be targeted,” James Dale Reed, 42, allegedly wrote in a letter left on the doorstep of a resident in Frederick, Maryland. “We have a list of homes and addresses by your election signs. We are the ones with those scary guns, We are the ones your children have nightmares about, the Boogeymen coming in the night.”

The United States Department of Justice on Wednesday announced a federal charge of threats against a major candidate for President or Vice President. They said Reed was in state custody, authorities. Maryland records show he is charged there for threat of mass violence, and voting and electoral operation.

In the letter depicted in the federal criminal complaint, the writer said that “we” will beat Biden almost to death, and that Harris will be raped by his rifle. Both would be executed on national television.

“I would prefer CNN,” he wrote. “Then every Biden/Harris supporter will understand what the 2nd Amendment is all about.” 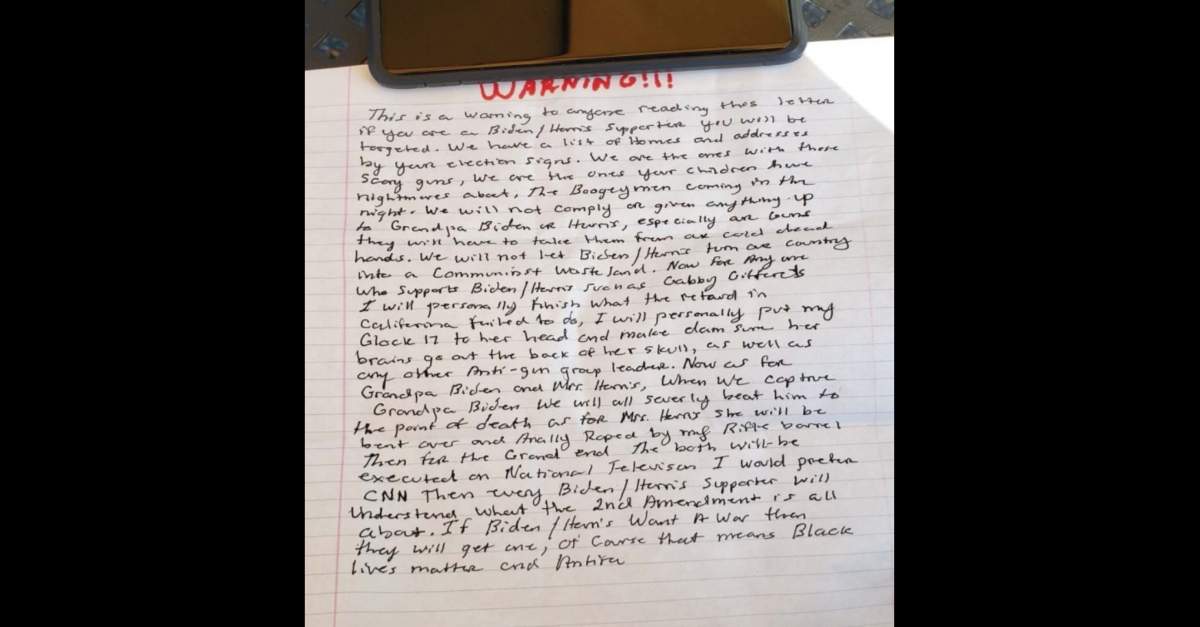 The author also made reference to Gabby Giffords, the former U.S. congresswoman who was shot outside a supermarket in Tucson, Arizona. She survived the harrowing 2011 incident, but six died, including federal judge John M. Roll, and 9-year-old Christina-Taylor Green. Giffords has become a gun control advocate. Based on the text of the letter, the author was emphatically motivated by his perception that Biden and Harris would take people’s guns.

According to federal officials, a man was caught on home surveillance footage leaving the letter at the Frederick resident’s doorstep.

“The resident of the home did not know the subject depicted on the Ring video, but had several Biden/Harris signs located in the yard,” according to the criminal complaint.

Investigators said an anonymous tip to the Frederick Police Department led them to Reed, another Frederick resident. The U.S. Secret Service already had him on their radar because he made a “threatening statement against a person under USSS protection in 2014.”

Authorities said they interviewed Reed at his home on October 13. He allegedly denied leaving the letter, or being caught on footage, though the affiant was sure to mention that “Reed’s features and mannerisms strongly resembled those of the individual featured in the Ring video surveillance.” Two days later, the defendant agreed to give them his palm prints and a “more extensive handwriting sample.” When asked again if he wrote the letter, he allegedly nodded his head.

“He then explained his involvement to the agents by saying that ‘This will happen’ (referring to individuals making threatening comments) due to the political climate,” the complaint read.

According to officials, Reed waived his Miranda rights by signing a police department form, and admitted in writing to being the author of the letter. In this account, the defendant had driven and took the letter in question to “the first house he saw with multiple democratic political signs.” He claimed that he left the letter in the mailbox. (He allegedly made no reference to the doorstep.)

“REED stated repeatedly that he did not know the residents of the house, nor had he surveilled it previously,” the complaint read. “REED stated that upon dropping the letter in the mailbox, he left and returned to his residence.”

Maryland records do not name a defense lawyer in the case.