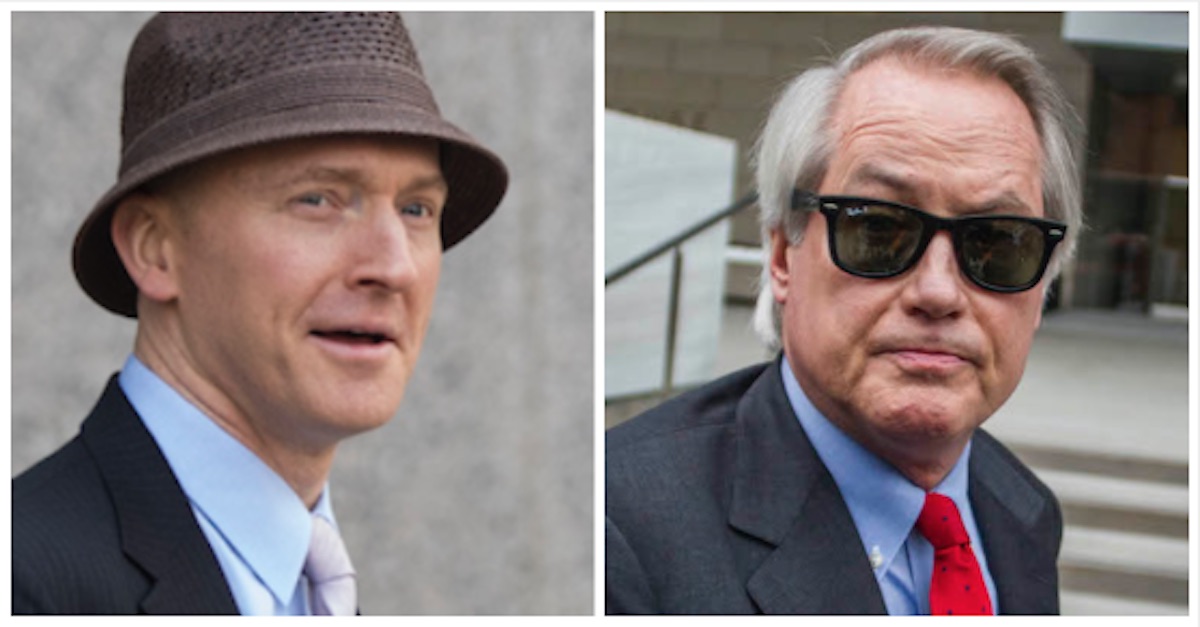 Attorney Lin Wood’s lawsuits aimed to topple the 2020 election may have violated Delaware’s rules of professional conduct, preventing him from representing President Donald Trump’s ex-campaign advisor Carter Page in a defamation suit there, a judge found.

In a detailed order to show cause, Delaware Superior Court Judge Craig Karsnitz itemized defects and alleged unprofessional behavior in Wood’s lawsuits in Wisconsin and Georgia, including filing suit without a plaintiff’s authorization, submitting a false affidavit, and making a series of gaffes that the judge said call his competence into question.

“It appears to the Court that, since the granting of Mr. Wood’s motion he, has engaged in conduct in other jurisdictions, which, had it occurred in Delaware, would violate the Delaware Lawyers’ Rules of Professional Conduct,” Karsnitz wrote in a 4-page order to show cause.

Karsnitz is presiding over Page’s defamation lawsuit against Oath—the parent company of Yahoo News and the Huffington Post—alleging that their articles “portrayed him as a traitor to America.” Wood has been pursuing Page’s cause, but his post-election litigation may torpedo the attorney-client relationship.

The order to show cause that may disqualify Wood was issued on Friday, entered the docket on Saturday, and was provided by the court to Law&Crime on Tuesday morning.

The judge tore into Wood’s lawyering in the so-called “Kraken” litigation, a name given to litigation by fellow right-wing lawyer Sidney Powell; all four lawsuits filed in its name were torn asunder by federal judges, leaving an extensive record that could haunt the attorneys that filed them. The Kraken has since limped onto the Supreme Court docket.

In Wisconsin, a Republican candidate for Congress complained that Wood’s legal team named him as a plaintiff without authorization.

Judge Karsnitz cited that episode along with a series of gaffes in his complaint, including the failure to list an address, failing to file documents under seal, submitting a motion in draft form and repeatedly being skewered for violating the court’s rules.

As noted in the order to show cause, a quotation in one of the case’s filings was “found by the Court to be fictitious.”

“The citation was to a point of law critical to the case,” Karsnitz added.

U.S. District Judge Pamela Pepper pointed out the alleged act of legal fabulism in a ruling dismissing the Wisconsin case.

“Federal judges do not appoint the president in this country,” Pepper wrote in a 45-page ruling on Dec. 9. “One wonders why the plaintiffs came to federal court and asked a federal judge to do so. After a week of sometimes odd and often harried litigation, the court is no closer to answering the ‘why.’ But this federal court has no authority or jurisdiction to grant the relief the remaining plaintiff seeks.”

Judge Karsnitz also questioned Wood’s legal antics as a plaintiff in Georgia litigation, in a case thrown out for having “no basis in fact in law.”

That legal finding may put Wood in violation of Delaware’s professional rules.

“A lawyer shall not bring or defend a proceeding, or assert or controvert an issue therein, unless there is a basis in law and fact for doing so,” those rules state, as cited by the order.

“Mr. Wood’s conduct in filing this false affidavit violates DRPC 1.1 (Competence), 3.1 (Meritorious Claims and Contentions), 3.3 (Candor to the Tribunal), 4.1(a) (Truthfulness in Statements/False Statement of Material Fact), and Misconduct (Dishonesty and Deceit),” the order stated.

Wood is not licensed to practice in Delaware. He was allowed by the court to represent Page pro hac vice in the state. Judge Karsnitz called that permission into question.

“All of the foregoing gives the Court concerns as to the appropriateness of continuing the order granting Mr. Wood authorization to appear in this Court pro hac vice,” the judge said.

Wood must file any response to the order to show cause ruling by Jan. 6, 2021, but he already reacted on Twitter.

Judge in Delaware issued show cause order against me today to revoke my appearance as counsel for @carterwpage in defamation case, contending I violated Bar rules by filing GA case now before US Supreme Ct. & was co-counsel in Wisconsin election case filed by @SidneyPowell1.

“I am presently engaging counsel to represent me to determine why this order was issued and to defend against its false accusations against me,” Wood told Law&Crime in an email.

Oral argument on Oath’s motion to dismiss Page’s defamation lawsuit has been scheduled for Jan. 13.

Read Judge Karsnitz’s order to show cause below: