Georgia Democrats Ask Judge to Shut Down Trump Supporters’ Lawsuit: This ‘Gambit’ Is Backed by No ‘Concrete, Credible Evidence’ 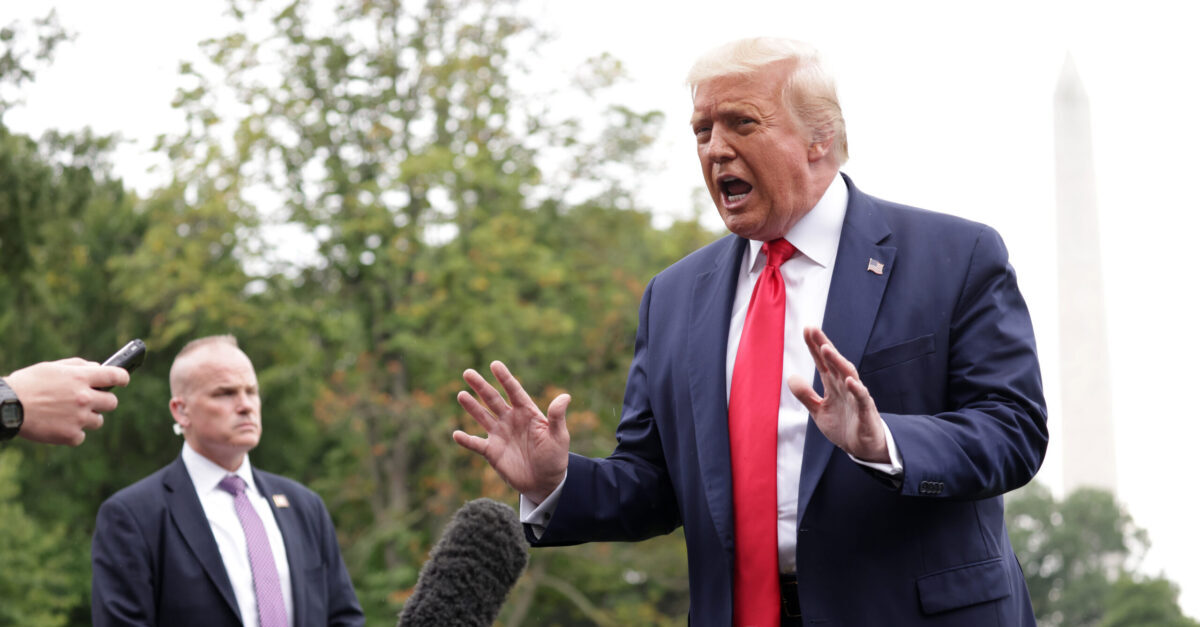 The Georgia Democratic Party on Friday asked a federal judge to toss out a lawsuit filed by a coalition of Trump supporters seeking to prevent a selection of predominantly Black counties from certifying the 2020 general election results. Democrats said that this disenfranchisement “gambit,” based on “entirely unsupported voter fraud conspiracy theories,” is in lockstep with the Trump campaign’s broader “use of the judiciary to cast doubt on the outcome of the presidential election.”

The 40-page complaint claimed that some three dozen county elections officials in Georgia included “illegal Presidential Elector results” which would “unlawfully dilute” the plaintiffs’ lawful votes, thereby requiring invalidation of those presidential-election results. The GOP voters-plaintiffs declared that “[t]here exists sufficient evidence to place in doubt the November 3 presidential-election results” in the counties of Gwinnett, Fulton, DeKalb, Chatham, Clayton, Cobb, Richmond, Henry. But the complaint relied on “evidence” such as one man claiming to have never received his requested absentee ballot, and cited to several speculative right-wing publications to support the extraordinary relief of disenfranchising tens of thousands of voters or more.

“Plaintiffs’ implausible allegations are based exclusively on a few isolated, unsubstantiated calls to a voter hotline (the very definition of hearsay), citations to fringe news articles, disproven studies, and projected expert analysis that has not yet actually been prepared (and is itself contingent upon data that the Complaint acknowledges has yet to be finalized or obtained),” Democrats wrote in the motion to dismiss. “This case presents neither a cogent nor cognizable legal theory. To the extent Plaintiffs allege any injury, it is not sufficient to support standing. It is political theatre, pure and simple, part of a broader and deeply troubling effort presently playing out on a national stage, to attempt to use the judiciary to cast doubt on the outcome of the presidential election.”

Attorneys and legal commentators were quick to criticize the lawsuit as “baseless,” also noting that it focused on eight Democratic-stronghold counties (out of 159 total counties) that helped solidify Joe Biden’s victory over Donald Trump.

“To say there is no precedent or authority to support Plaintiffs’ suit would be an understatement. Although such suits are largely unprecedented before this election cycle, the past week has seen a flurry of attempts by plaintiffs across the country to similarly press for the judiciary to invalidate or find illegitimate the results of the presidential election,” the motion stated. “As with this case, in each of those, Plaintiffs fail to identify any concrete, credible evidence in support of their claims. They universally rely on rumors, debunked conspiracy theories, and expert analysis that has yet to be actually conducted. These do not the grounds for a federally cognizable lawsuit make.”

Georgia is currently conducting a statewide hand recount of presidential votes, but Biden’s 14,152-vote lead in the Peach State is universally expected to withstand any changes to the overall ballot tabulation.

Read the Democrats’ full motion below:

Dems MTD by Law&Crime on Scribd