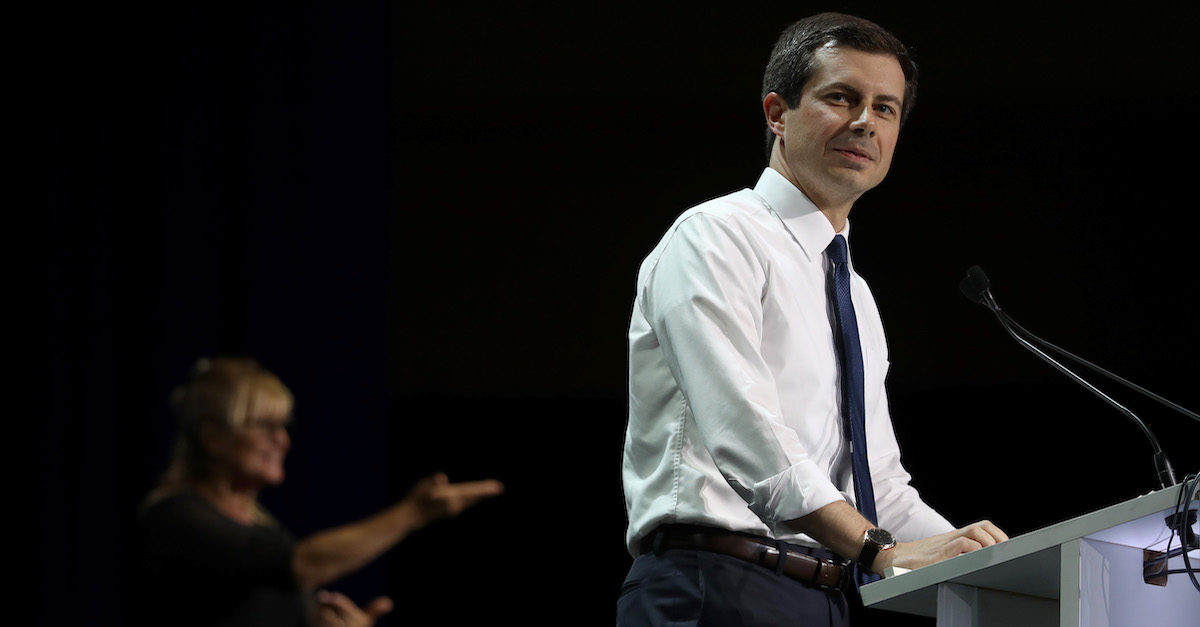 An independent election watchdog group has filed a complaint with the Federal Elections Committee (FEC) claiming Democratic presidential candidate Pete Buttigieg’s campaign unlawfully coordinated with a political action committee (PAC) in the lead up to the Nevada primary vote.

The complaint was filed by the Campaign Legal Center, a bipartisan group founded by former FEC Chairman Trevor Potter, which is dedicated to enforcing campaign finance laws.

“Buttigieg has pledged to reform our political system, but at the same time, his campaign is not only embracing big money super PACs, but illegally inviting their support,” the Campaign Legal Center’s federal reform program director Brendan Fischer wrote Tuesday.

Buttigieg has pledged to reform our political system, but at the same time, his campaign is not only embracing big money super PACs, but illegally inviting their support.

According to the complaint, earlier this month senior Buttigieg campaign official Michael Halle publicly directed the super PAC VoteVets – the only PAC supporting the former South Bend mayor at the time – on how to spend the money it had fundraised on the candidate’s behalf.

“Pete’s military experience and closing message from Iowa work everywhere especially in Nevada where it’s critical they see this on the air through the caucus,” Halle tweeted on February 5.

Pete’s military experience and closing message from Iowa work everywhere especially in Nevada where it’s critical they see this on the air through the caucus.

As Law&Crime reported before, the Elizabeth Warren campaign immediately called foul on the tweet.

A week later, VoteVets, which CLC claimed was “the only group that could reasonably be expected to follow through on the ‘critical’ request,” spent over $639,000 on broadcast advertisements in Nevada that closely followed Halle’s alleged directive by highlighting Buttigieg’s military experience closing message from Iowa touting unity.

“In short, Buttigieg’s campaign committee—which can only accept individual contributions of up to $2,800 per election— requested and suggested that the super PAC VoteVets use unlimited contributions to purchase ads in Nevada highlighting specific campaign themes, and VoteVets followed through on that request,” the complaint stated. “It is immaterial that the request was made publicly, since there is no ‘publicly available’ exception for communications created, produced, or distributed at the request or suggestion of a candidate or his agent.”

While PACs may freely spend the funds they raise in support of a candidate, campaign finance laws prohibit direct coordination between PACs and candidates, even if that direction is openly on social media platforms.

The complaint also noted that immediately following Halle’s tweet, the Buttigieg campaign did not deny that he intended for VoteVets to follow his direction, according to a Politico report.

“Pete is the only candidate who isn’t a millionaire or billionaire. And if the largest progressive veterans group wants to help spread the word about his service, we welcome it,” Buttigieg spokesperson Chris Meagher said in a statement shared with Politico on Feb. 5. “Veterans have been central to propelling our movement and they will be a central part of the coalition that Pete will bring together to defeat Donald Trump.”

Law&Crime reached out to the Buttigieg campaign for comment, but we have not yet heard back.

CLC Complaint Re- VoteVets Buttigieg by Law&Crime on Scribd