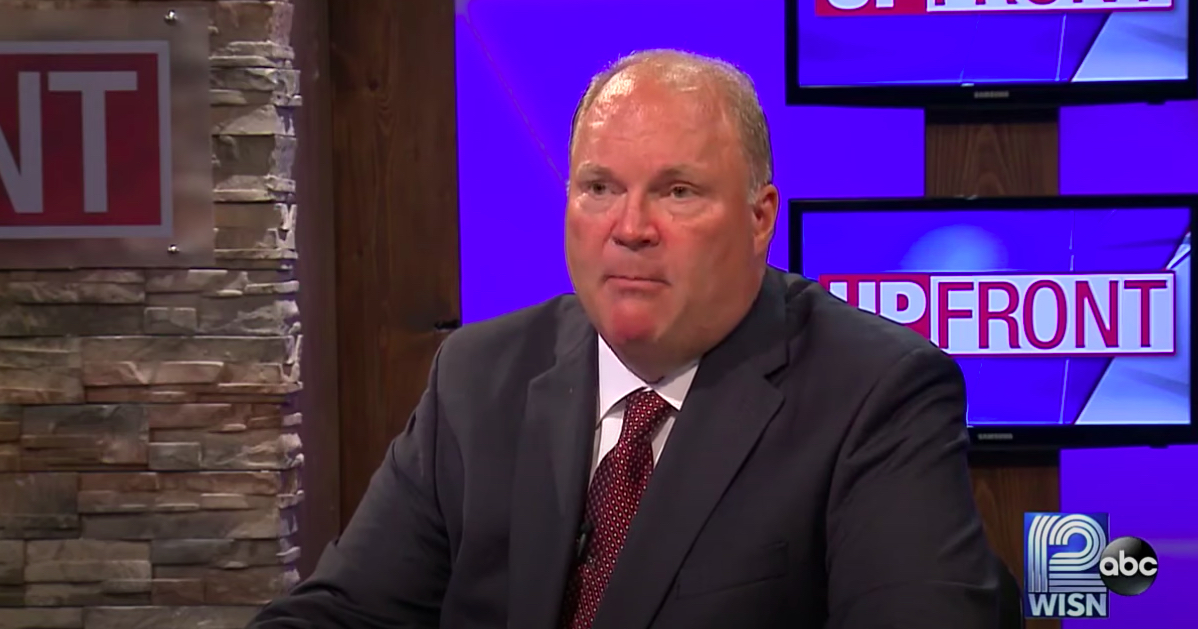 Former Wisconsin Supreme Court Justice Michael Gableman told the Associated Press that he was attending the highly ridiculed gathering as part of his responsibilities as special counsel in the probe of the 2020 election.

“I’m here out of an honest effort to find out if anyone has any information that will be helpful in carrying out my duties as special counsel,” Gableman said as he was on his way to the Sioux Falls auditorium where the conference was being held.

Gableman in July was hired by Wisconsin Assembly Speaker Robin Vos to conduct a four-month investigation that will see him earning $11,000 per month, according to a report from the AP.

Gableman also told the wire service that he was in Arizona last week to observe the widely chastised election audit being performed by non-accredited cybersecurity firm Cyber Ninjas — saying he “learned a lot there that will be helpful to my investigation.”

Gableman declined to go into details or specifics concerning precisely what he learned that would be useful as a result of his trips to Arizona or Sioux Falls.

Just weeks after the presidential election, Gableman attended a rally for Donald Trump where he told the crowd that the election was stolen from the former president.  He called it “systematically unjust.”

According to a report from the Milwaukee Journal-Sentinel, Ramthun spoke at Lindell’s symposium. There, he claimed that software in voting machines approved by the Wisconsin Elections Commission for use in the 2020 presidential election were capable of “scrubbing” votes. That theory that has been debunked by election officials who have incessantly noted that Wisconsin’s elections machines are not connected to the internet and that many counties still use fax machines to send final vote counts to the state.

“If I’m told that Dominion is currently in the process of scrubbing the machines in my state, I’ve got a big problem with that,” Ramthun said, according to the Journal-Sentinel.

“And the first thing I want to do is, how do I stop that right now in its tracks? How do I stop that to prevent further damage from occurring so that we can continue the process of a true, full forensic investigation to get the facts out to find closure.”

Spindell told the Journal-Sentinel that he was at the symposium to learn more about the potential for voting machines being hacked.

“One thing I think I’ve learned is anything can be hacked,” he told the outlet.

He also said that Gableman arrived at the event late on Tuesday evening and spent the entire day there on Wednesday.

“He was right in the middle trying to absorb everything that was said,” Spindell said of the former justice.

State Sen. Jon Erpenbach, a Democrat from West Point, told the AP that Gableman’s presence at the Lindell event is a red flag that ultimately discredits any report that will be produced.

“If there’s a problem in Wisconsin, election clerks will tell you,” Erpenbach said.  “All Mike Lindell will do is try to sell you a pillow. Whatever report he’s going to produce isn’t going to be worth the paper it’s printed on.”

The Democrat called Gableman’s trip a “disgusting use of taxpayers’ money.”