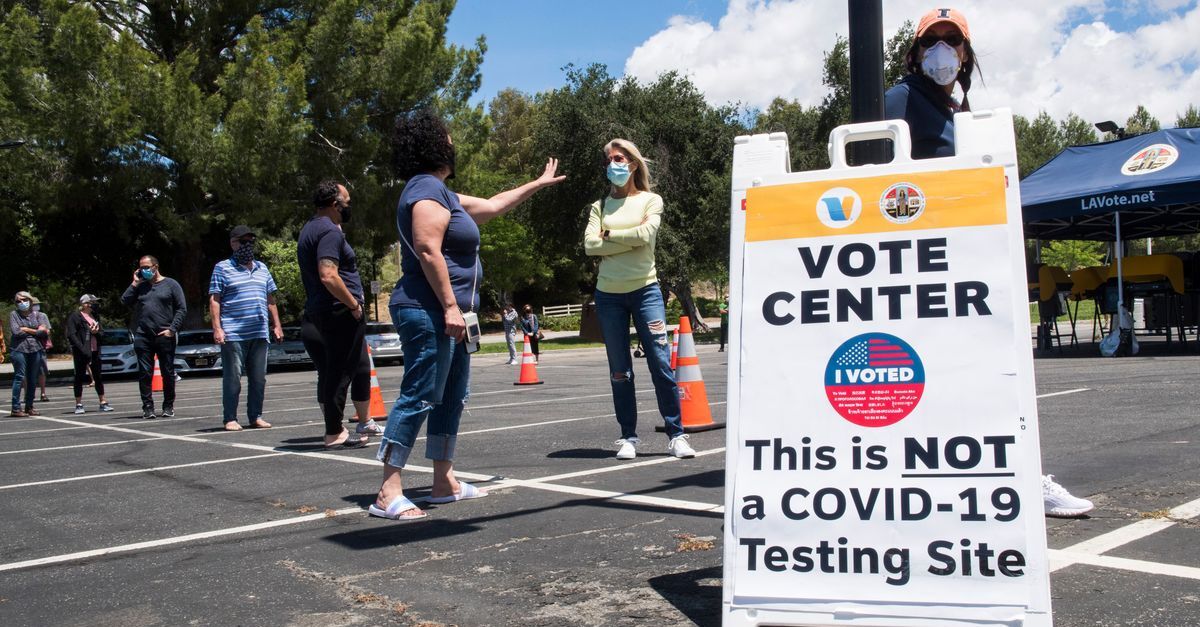 Multiple Republican Party plaintiffs filed a lawsuit over the weekend in an attempt to upend California’s planned use of a vote-by-mail system during the coronavirus pandemic.

Those GOP organizations–the Republican National Committee, the National Republican Congressional Committee, and the California Republican Party–specifically cite a recent executive order by California Governor Gavin Newsom as the cause of their legal consternation. The governor, a Democrat, announced earlier this month that all eligible voters would receive a mail-in ballot in order to allay widespread public health concerns over in-person voting amidst the ongoing novel coronavirus (COVID-19).

The state is not moving to an all-mail election, however, and a limited number of physical voting centers will still be available for those who choose not to mail in their ballots under Newsom’s plan.

“This election is slated to be the most consequential election of our lifetime,” California Secretary of State Alex Padilla said in a statement accompanying the announcement and adding that all ballot envelopes will be provided postage-paid. “We remain committed to providing as many safe, in-person opportunities to vote as possible on and before Election Day.”

But Republicans have feared and are now legally arguing that voting by mail is especially prone to fraud.

“In a direct usurpation of the legislature’s authority, Governor Newsom issued an executive order purporting to rewrite the entire election code for the November 2020 election cycle,” the 105-page complaint filed Sunday in federal court claims. “This brazen power grab was not authorized by state law and violates both the Elections Clause and Electors Clause of the U.S. Constitution.”

Some legal experts dismissed the GOP’s latest efforts as legally dead-on-arrival–and especially egregious during the largest global pandemic in more than 100 years.

“People of color make up over 60% of known COVID deaths in California,” Kristen Clarke, the president and executive director of the Lawyers’ Committee for Civil Rights Under Law, told Law&Crime in an email.

“During this unprecedented public health crisis, it is appropriate and lawful for the Governor to take action that can help to safeguard lives while ensuring access to the ballot,” she added. “This lawsuit is nothing more than a thinly veiled attempt to suppress voting rights, especially for people of color and vulnerable communities, during a national pandemic.”

Sasha Samberg-Champion is a civil rights attorney and administrative law expert who didn’t see much to worry about with the Republican Party lawsuit.

“This seems more like a media show/fundraising stunt than anything else,” he told Law&Crime in an email. “I don’t see this lawsuit having much chance of success.”

“The core legal claim is that the U.S. Constitution makes moving to vote by mail a determination for the California legislature to make rather than the Governor,” Samberg-Champion elaborated. “I don’t think a federal court is likely to find that federal constitutional law has to much to say about the question of whether the Governor properly exercised the powers delegated to him under state law.”

“Voting by mail has been around for a long time – most famously used by the military,” the social democratic pressure group Our Revolution founded by–but technically no longer affiliated with–Sen. Bernie Sanders (I-Vt.) said in a post on Twitter. “This is a sheer attack on democracy by the GOP.”

“We’ve allowed vote by mail since the Civil War, some evidence shows it occurred as early as the Revolutionary War, and there’s no evidence of fraud as Trump – who voted by mail in March – and his cronies now claim,” she tweeted.” What are they REALLY afraid of?!”

Other critics of the Republican Party’s lawsuit against expanded voting access simply stated the obvious: Californians have voted by mail for quite awhile.

“Californians have been voting by mail since the Civil War,” Padilla noted on Twitter last week. “Service members used mail-in ballots to exercise their right to vote. Today, all voters in California enjoy that option.”

The general consensus on the filing is that Newsom’s order was, despite the lawsuit’s claims to the contrary, entirely appropriate considering the circumstances surrounding public gatherings as the nation reels from the ongoing crisis of the deadly contagion.

“While the president was golfing the Republican Party was spending part of their $20,000,000 voter suppression budget to make voting during a pandemic more difficult,” voting rights attorney Marc Elias told Law&Crime via email.

“Their lawsuit is without merit and I look forward to it being dismissed,” he added.

Read the GOP’s full lawsuit below: