Can Trump Be Impeached Because of Cohen's Plea? | Law & Crime
Opinion 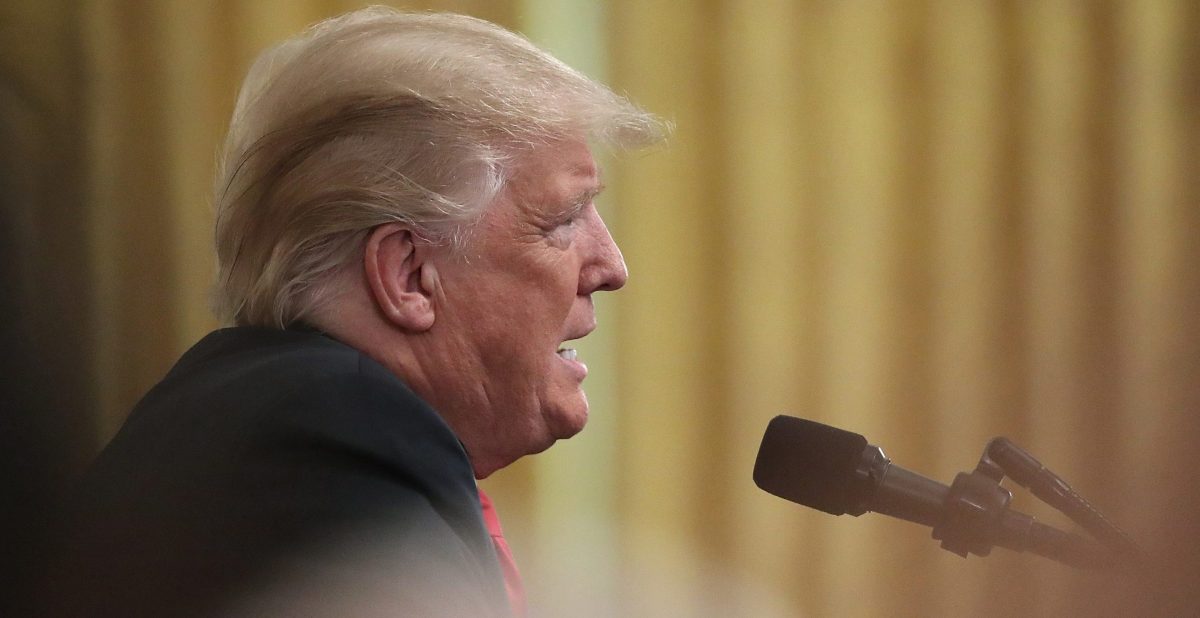 A few things have been going on in the news today (i.e. Trump’s former personal attorney directly implicating the president in a crime), so it’s probably a good time to check in on our impeachment-o-meter.

Trump folks are worried about impeachment more than before. The thinking goes like this: this is something tangible, not a theoretical. And it didn’t come from Mueller. Does not mean it will happen, but this has moved to a different stage in their minds.

I’ve been skeptical about the wisdom and merit of impeachment. Cohen’s guilty plea changes that. The president is clearly guilty of high crimes and misdemeanors. He should resign his office or be impeached and removed from office. https://t.co/N23Z6vlfZa

When last we left off, Article II, Section 4 of the U.S. Constitution said that a President can be impeached upon the “Conviction of, Treason, Bribery, or other High Crimes and Misdemeanors.” Treason, under the applicable statute, 18 U.S.C. § 2381is a fairly tough thing to prove using current publicly-available facts. But “high crimes and misdemeanors” should do quite nicely.

In the past, we at Law & Crime have discussed various expert takes on the definition of “high crimes and misdemeanors.” There is the Maxine Waters philosophy, that, “impeachment is about whatever the Congress says it is;” while broad, there is considerable legal basis for the premise that almost any official action by a government official found to offend justice could count.

Many well-respected Constitutional scholars, such as Harvard Law Professor Noah Feldman, share this take on impeachment. “High,” according to this school of thought, is meant to modify both the word “crimes” and the word “misdemeanors,” and does not relate to the seriousness of an offense – but rather to the nature of the offense. “High,” back in the time of the Constitution’s drafting, meant “governmental” or “official,” as opposed to “personal” or “private.” Furthermore, “crimes and misdemeanors” does not mean violation of actual criminal statutes.

Professor Feldman, a James Madison scholar, has done extensive research about the controversial drafting of the impeachment language back during the Constitutional Convention. The first draft used the word “maladministration” (18th century for “just doing a lousy job”), while Madison felt it was too vague. After Madison’s input, the group agreed on “high crimes and misdemeanors,” — a phrase broad enough to mean something, but narrow enough not to mean everything. The framers purposely gave Congress the final word on whether the president was acting with the dignity befitting his office, as a safeguard against tyrrany.

“The wonder of the impeachment process is how vaguely-defined parts of its provisions have always been. There remains a general consensus that Congress can define for itself what actually qualifies as a ‘high crime or misdemeanor’ in this process, even if it does not implicate a specific criminal statute.”

After Cohen’s plea today, though, the particularities of 18th-century syntax may not be all that critical. Whether one holds that “high crimes” is a catch-all, or relates to an actual high-level crime, we should be good to go.

Michael Cohen in a courtroom in SDNY, under oath, declared that the President directed him to commit a federal crime.

We now have a sworn statement by the president’s former lawyer accusing the president of having orchestrated the commission of specific federal crimes. Sure, Trump apologists will argue that Cohen’s testimony alone is insufficient to meet any adequate burden of proof; some may contend that even if Cohen’s statements are true, their implications still do not constitute “high crimes and misdemeanors.” There is no denying, however, that today, we are in a very different place with respect to impeachment than we were yesterday; we are now discussing specific crimes and specific evidence. Simply put, we no longer need the Maxine Waters’ view of impeachment. “High crimes and misdemeanors” doesn’t need to operate as a catch-all. Even the narrowest possible definition of the phrase would likely encompass a presidential candidate violating campaign finance laws.

None of that means that impeachment (or conviction, which may be more important) is a sure thing – but it sure means we’re getting closer. Elections were never meant to be sentences for the American people. Our government wasn’t designed to force us to endure a corrupt presidency simply because an election preceded it – especially when that election may have been illegally influenced.

Still, let’s remember that impeachment differs drastically from the criminal justice system. Impeachment is inherently a political process, not a criminal one.  The numbers required for impeachment and conviction ensure that the process isn’t likely to oust a president who is merely unpopular; supermajorities aren’t easy to come by, and they serve as inherent guards against arbitrary or capricious actions. With or without Cohen, impeachment depends on the fortitude of Congress – including members of President Trump’s own party. Whether they will vote accordingly is far from certain – but whether they should is as clear as it has ever been.

One thing is for sure, though.  She’s not just another pretty face.