Jamie and Jennifer Buteau of Florida Charged in Capitol Siege

Wife Charged in Capitol Siege Changed Facebook Profile to ‘Appear as Part of the Democratic Party’; Husband ‘Threw a Chair’ at Cops: Feds 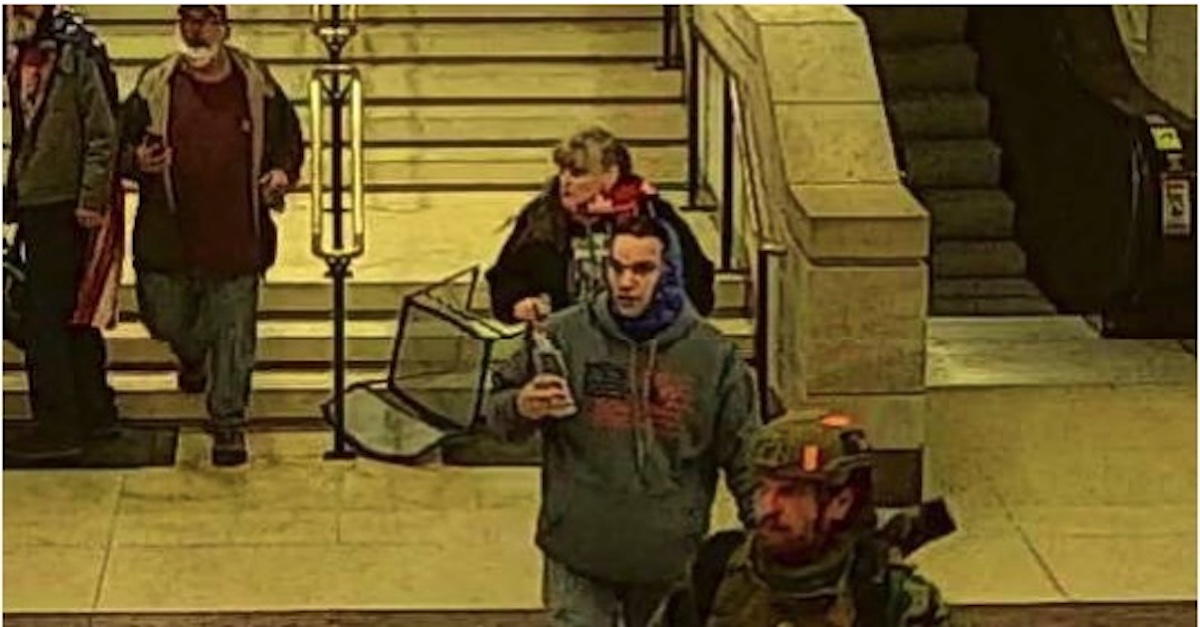 A Florida couple was arrested and charged Thursday in connection with their alleged actions during the Jan. 6 siege of the U.S. Capitol Complex.

Jamie Buteau, 48, and Jennifer Buteau, 44, a married couple from Ocala, face multiple charges, including disorderly or disruptive conduct in a restricted building.

Jamie is charged separately with obstruction of law enforcement and assault, resisting, or impeding officers or employees, as he is seen on video throwing a chair at two U.S. Capitol Police officers when he was inside the capitol building.

According to the Justice Department, Jamie and Jennifer entered the capitol through a broken door. Closed-circuit television cameras captured Jamie throwing a chair at two USCP officers; in another video, he is seen dragging a chair across the ground, court documents allege. 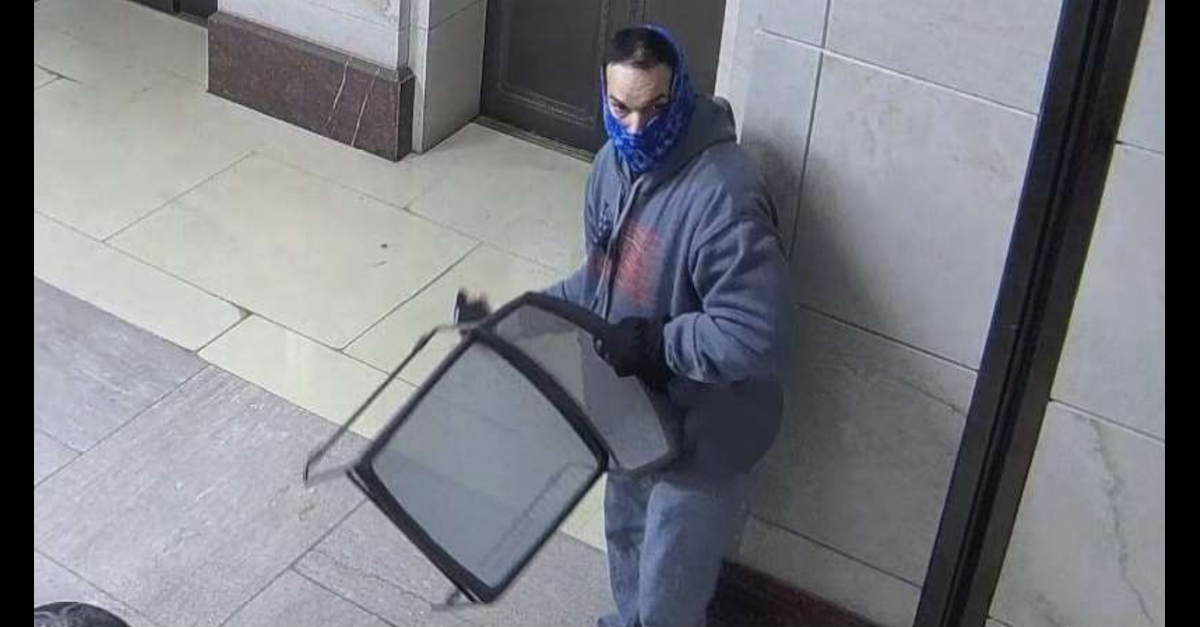 An individual identified in federal court papers as Jamie Buteau is seen holding a chair before heaving it at officers in the U.S. Capitol Complex on Jan. 6.

An FBI affidavit attached to the couple’s criminal complaint includes images that federal authorities say show Jamie throwing a chair at two Capitol police officers who were “retreating from the rioters as doors roll down in an attempt to prevent rioters from entering[.]”

A video posted to the right-wing social media website Parler also showed Jamie inside the Capitol building and running after Capitol police officers, the affidavit says.

The document reveals that at least four tipsters helped officials identify Jamie and Jennifer. One tipster, a family member, told officials that Jennifer “changed her Facebook demographics to appear as part of the Democratic party.”

According to the affidavit, the couple is seen leaving the building around 20 minutes after they entered.

Read the criminal complaint against the Buteaus, below.

[Images via the FBI/federal court records]