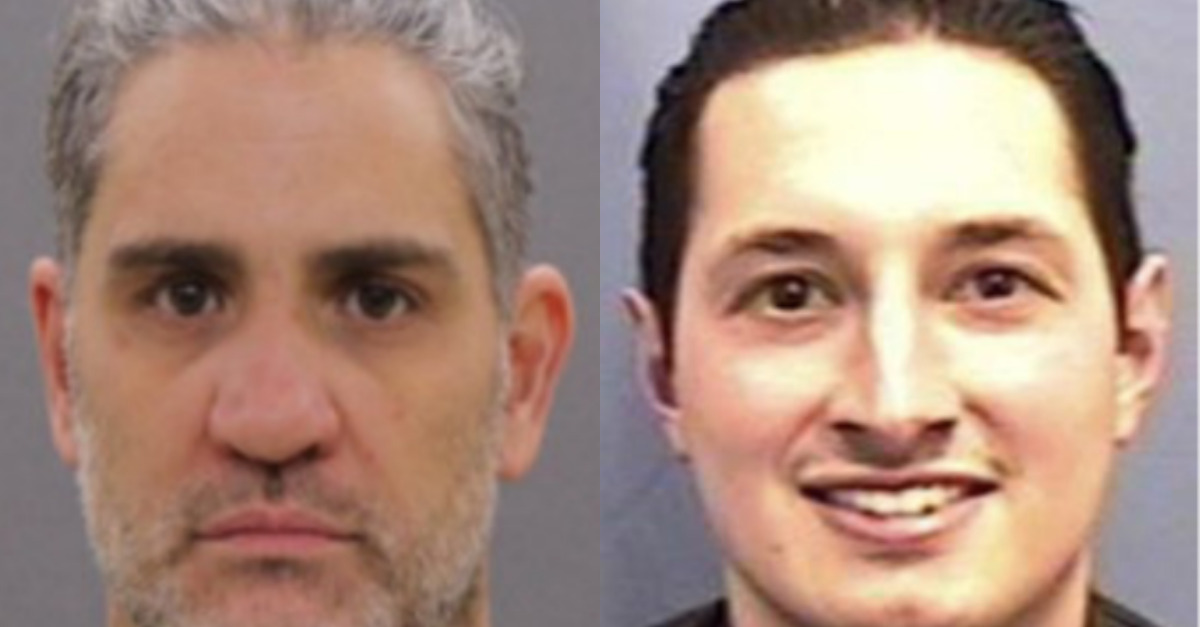 Federal conspiracy charges were filed against two alleged members of the far-right Proud Boys organization late Friday, according to a non-public indictment obtained first by Law&Crime.

The government alleges that Pezzola and Pepe “were among” several individuals “leading [a] group” that removed a U.S. Capitol Police barricade “so that other Proud Boys and persons could infiltrate the plaza, thus depriving Capitol Police officers of a means of controlling access to the Capitol and certain areas within the Capitol grounds.”

Both men were charged with lesser crimes earlier this month.

Pepe was granted bail by the U.S. District Court for the Southern District of New York (SDNY) on January 13, according to Inner City Press. Pezzola, on the other hand, has been detained since he was arrested on January 15. His bail hearing is scheduled for Monday.

Adding further intrigue to the already high-profile case over the Jan. 6 attack on the U.S. Capitol is that Pezzola has, so far at least, been barred from meeting with his attorney, according to the defense.

Depending on the situation, the government denying a criminal defendant his constitutional right to counsel could very well be grounds for reversing a conviction, the U.S. Supreme Court said in the landmark case U.S. v. Gonzalez-Lopez.

Scibetta said the government gave him the excuse that his client was being held in “protective custody” — which the attorney said “begs the question” — “wouldn’t he be better served being released, to be safer and afforded a meaningful legal defense?”

“What is happening is unprecedented,” Scibetta continued. “The jail wouldn’t even confirm that he was held there when I called let alone let me speak with my client.”

Such actions as alleged by the defense could result in the government wrenching part of its high-value prosecution of a group the FBI describes as a “nationalist organization” prone to “violence against individuals whom [the Proud Boys] perceive as threats to their values.”

According to the indictment filed in the U.S. District Court for the District of Columbia, Pezzola and Pepe “took actions to evade and render ineffective the protective equipment deployed by Capitol Police in active riot control measures.” The duo allegedly did so by taking “actions to remove temporary metal barricades” and by “stealing and purloining of property belonging to Capitol Police.”

The indictment sketches out a relatively brief timeline of the alleged conspiracy.

“From at least as early as January 6, 2021, and continuing through January 6, 2021, in the District of Columbia and elsewhere, the defendants, Pezzola and Pepe, did knowingly combine, conspire, confederate, and agree, with each other and others known and unknown to the Grand Jury, to commit an offense against the United States, namely, to obstruct, influence, impeded and interfere with law enforcement officers engaged in official duties incident to and during the commission of a civil disorder and, in so doing, to obstruct, delay and adversely affect the performance of a federally protected function,” according to the ten-page document.

The government also alleges that Pezzola “confronted a Capitol Police officer attempting to control the crowd and ripped away the officer’s riot shield.”

Pezzola can be seen in publicly-available footage using the shield but the indictment contains the first explanation for how he came across that implement in the first place.

Scibetta said that as of Saturday morning, he still had not been granted access to his client.

“I’m told he was finally allowed to call his significant other late last night,” the attorney said.

Federal court records indicate the case was originally sealed; however, it has since been unsealed and publicized by the DOJ.  The indictment, obtained by Law&Crime, has yet to be published on the federal court docket.