Prosecutors Unseal Conspiracy Indictment Against Four Proud Boys Who Were Ready for ‘F***ing War’ on Jan. 6 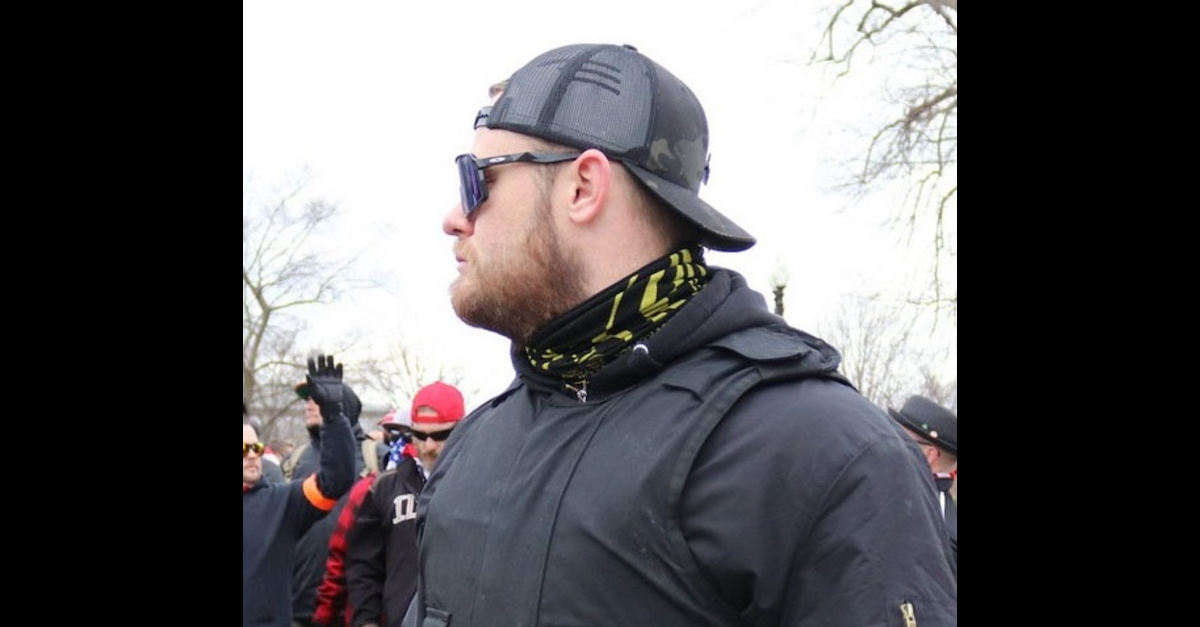 As much of the world looked in horror at the carnage inside the U.S. Congress on Jan. 6th, members of the far-right Proud Boys allegedly celebrated the invasion on social media and inside their encrypted chat networks.

“I’m proud as fuck what we accomplished yesterday, but we need to start planning and we are starting planning, for a Biden presidency,” Zachary Rehl, reportedly the leader of the group’s Philadephia chapter, was quoted saying in the indictment unsealed on Friday.

“We stormed the capitol unarmed,” Charles Donohoe, who led the group’s North Carolina chapter, wrote. “And we took it over unarmed.”

Together with their fellow Proud Boys Ethan Nordean and Joseph Biggs—who were previously charged—the four failed in their efforts to prevent the certification of President Joe Biden’s election, which completed as scheduled despite grumblings from pro-Donald Trump Republicans from the margins. But the four of them succeeded in being hit with a six-count federal indictment, charging them with conspiracy, obstructing law enforcement, destroying government property and other offenses.

Their indictment shows them using programmable handheld radios, encrypted messaging applications, and other equipment to communicate and coordinate during the Jan. 6th siege, planning for the event as far back as two days after Election Day.

Nordean, who has appeared on the conspiracy theory outlet InfoWars under the name Rufio Panman, ratcheted up the supposedly revolutionary rhetoric later that month.

“We tried playing nice and by the rules, now you will deal with the monster you created,” Nordean is quoted writing on Nov. 27. “The spirit of 1776 has resurfaced like the and has created groups like the Proudboys and we will not be extinguished. We will grow that guides us. We are unstoppable, unrelenting and now . flame that fuels us and spread like love . . unforgiving. Good luck to all you traitors of this country we so deeply love … you’re going to need it.”

Rehl is quoted writing that same day: “Hopefully firing squads are for the traitors that are trying to steal the election from the American people.”

On Dec. 27—the day Trump tweeted “See you in Washington, DC, on January 6th”—Nordean created an online fundraising campaign for “protective gear and communications” to be used by Proud Boys on the day of the siege, prosecutors say.

According to the indictment, the Proud Boys became concerned that their encrypted channels became compromised after Metropolitan Police arrested the group’s chairman Enrique Tarrio and examined his phone on Jan. 4.

“Donohoe then created a new channel on the encrypted messaging application, entitled ‘New MOSD,’ and took steps to destroy or ‘nuke’ the earlier channel,” prosecutors say, adding that all four of them joined that channel along with an unindicted co-conspirator.

On the night before the siege, that unindicted co-conspirator allegedly told the group: “Rufio is in charge, cops are the primary threat, don’t get caught by them or BLM, don’t get drunk until off the street.”

Prosecutors say the Proud Boys followed the “directives” of Tarrio and the group’s four indicted leaders not to wear their traditional colors of black and yellow and that several held walkie-talkie-style devices.

“Nordean and Biggs carried and used a bullhorn to direct the group,” the indictment states.

Court papers show them storming toward the building for more than an hour after breaking past the barricades at 12:53 p.m. Eastern Time.

Dominic Pezzola, who has been charged separately, allegedly broke through the window of the building with a riot shield at 2:13 p.m., and some six minutes later, the group’s “Boots on the Ground” channel lit up with another message.

“We just stormed the capitol,” the message read, according to the indictment.

Recently declared a terrorist organization by Canada, the Proud Boys describe themselves as a fraternal group of “Western Chauvinists,” but anti-hate watchdogs like the Anti-Defamation League call them a violent, nationalistic, Islamophobic, transphobic and misogynistic extremists who bear the hallmarks of a gang.

Read the Proud Boys indictment below: