Federico Guillermo 'Freddie' Klein May Get a Plea Deal: Feds

Prosecutors Hint at Plea Deal for Ex-Trump Official Accused of Being on Front Lines of Jan. 6th Capitol Siege 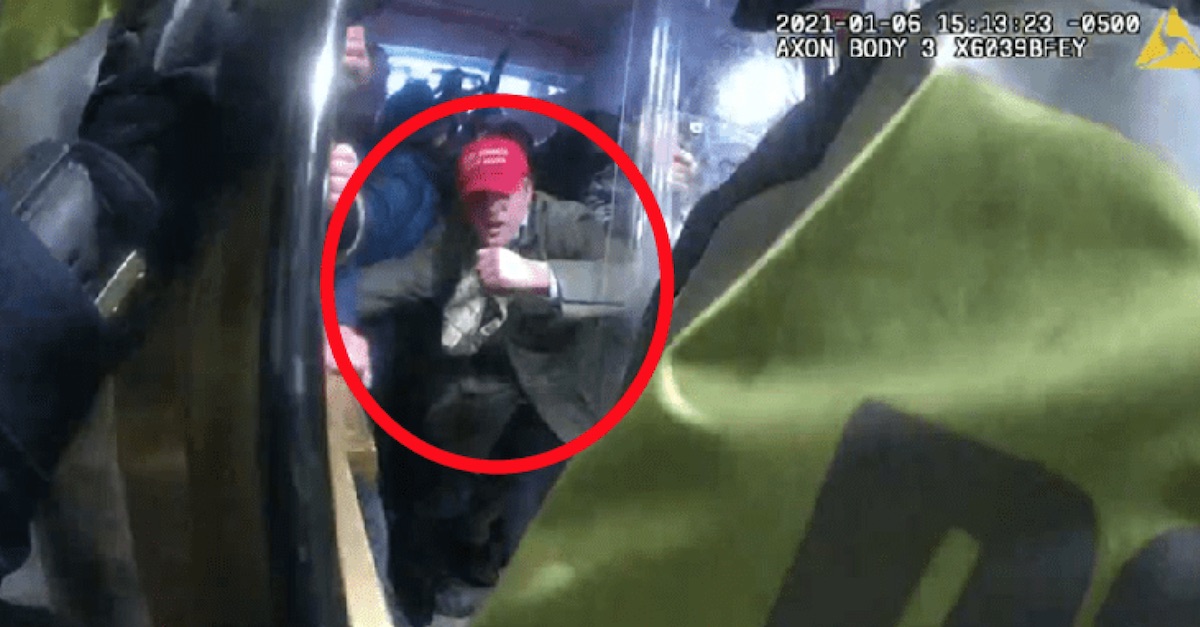 Federal prosecutors revealed their intention Monday to extend a plea offer to a former Trump State Department employee accused of being toward the front lines during the Jan. 6th siege on the U.S. Capitol Complex.

The employee, Federico Guillermo “Freddie” Klein, served in Foggy Bottom’s office of Brazilian and Southern Cone Affairs before being charged with six federal crimes in connection with the Jan. 6th assault on the Capitol.

When he was first charged in early March, the FBI claimed that Klein pushed his way toward the front lines of the pro-Trump mob.

“As evidenced by the Body Worn Camera (BWC) footage of various members of MPD, Klein quickly pushed his way to the front-left side of the crowd and to the doorway to the Capitol building, where he physically and verbally engaged with the officers holding the line, thereby affecting their ability to disperse the crowd,” the FBI said, abbreviating the name of D.C.’s Metropolitan Police Department.

At a hearing on Monday, Assistant U.S. Attorney Jocelyn Patricia Bond revealed that the government may try to dispose of the case without a trial.

“We expect to extend a plea offer to Mr. Klein,” Bond told a federal judge during the 15-minute proceedings, adding that it is uncertain whether he will be interested in it.

Klein’s lawyer Stanley Edmund Woodward, Jr. did not respond to that remark during the hearing.

The prosecutor also said the government is in the process of providing Klein’s defense with discovery, including body-worn camera footage from the day of the riot.

In issuing his ruling months ago, Judge Faruqui commented that the former Trump official swore multiple oaths as a government employee—and as a former member of the armed forces—to protect America against “all enemies foreign and domestic” but the then “switched sides” by storming Congress.

Since that hearing, the U.S. Court of Appeals for the D.C. Circuit issued a ruling tightening the standard for pre-trial detention in Capitol riot cases in the case of Eric Munchel, widely known as the “zip tie guy” because he was spotted inside the Senate carrying plastic handcuffs. A federal appeals court released Munchel and his mother from custody pending trial in a decision that proved to be a boon for many other accused rioters—including Klein.

“The record is also strikingly silent as to what—other than ‘we need fresh people’ and ‘no way’—Klein actually said during his time at the Capitol,” Judge Bates wrote on April 12. “It is possible that his words are simply inaudible given the noise inside the tunnel. But, in contrast to many others present that day, he is never shown verbally threatening any officers or even boasting about his confrontations with law enforcement after the fact.”

“Nonetheless, Klein did act on the front lines of the mob for a significant time period,” the judge added. “He can be seen actively advancing himself to the very front of the tunnel on more than one occasion. And he demonstrated a clear and persistent willingness to use force against law enforcement to attempt to gain entry into the Capitol and to stop the certification of the election. That conduct is deeply troubling and reveals some propensity for violence, as well as a blatant disregard for the law.”

A follow-up hearing has been scheduled for June 10 at 10 a.m. Eastern Time.

(Photo via the FBI’s statement of facts)