A fired sheriff’s deputy in Jackson County, Florida stands trial for allegedly planting drugs on people during traffic stops. Zachary Wester, 28, is accused of framing 12 people, but prosecutors ultimately dropped charges in almost 120 cases that he was involved in. Opening statements are scheduled to begin Monday, May 10, at 10 a.m. ET. You can watch in the player above.

According to authorities, Wester’s M.O. was to pull over people for alleged minor traffic violations,  searching their vehicles after claiming to smell marijuana, and planting drugs. Naturally, this caused major harm, and not just incarceration. Alleged victim Benjamin Bowling lost custody of his daughter.

Wester began to search her white pickup truck at about 4:30 of the footage. As seen on video, he was about to put a black glove on his left hand, but had some fingers closed. The hand disappeared out of frame, and then he put on the glove.

Authorities suggest that he was holding the drugs he planted in the vehicle. 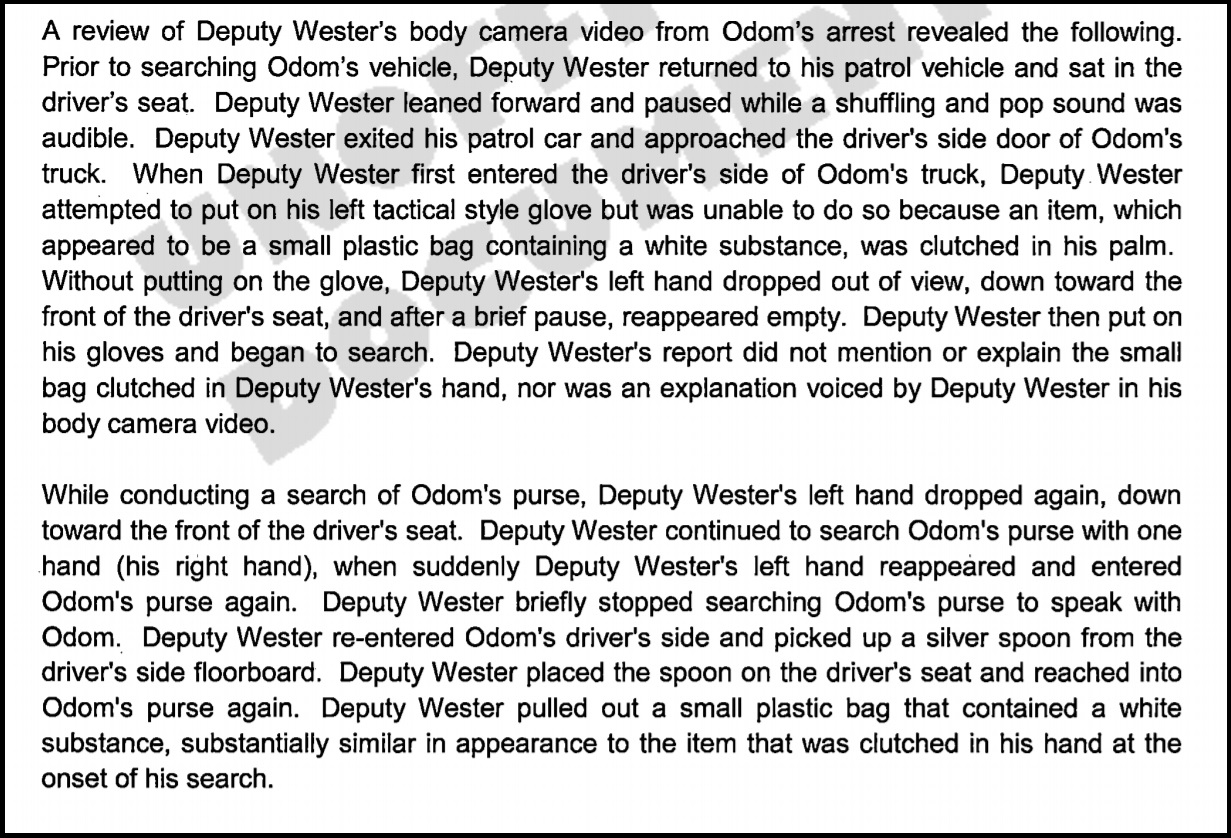 Wester confronted Odom with the substance at about 9:30.

Wester went to the trunk of his cruiser to test the substance.

But based on the allegations, it was all Wester’s fault.

Wester previously served at the Liberty County Sheriff’s Office but got fired eight months into the job. Former Sheriff Nick Finch told the Tallahassee Democrat he warned then-Jackson County Sheriff Lou Roberts not to hire the defendant. He said there were rumors about Wester having sex on the job, and having affairs with married women. Reported misconduct with the Jackson County Sheriff’s Office included sharing nude photos of an employee with other deputies, and starting an affair with a woman he arrested for shoplifting a Dr. Pepper.