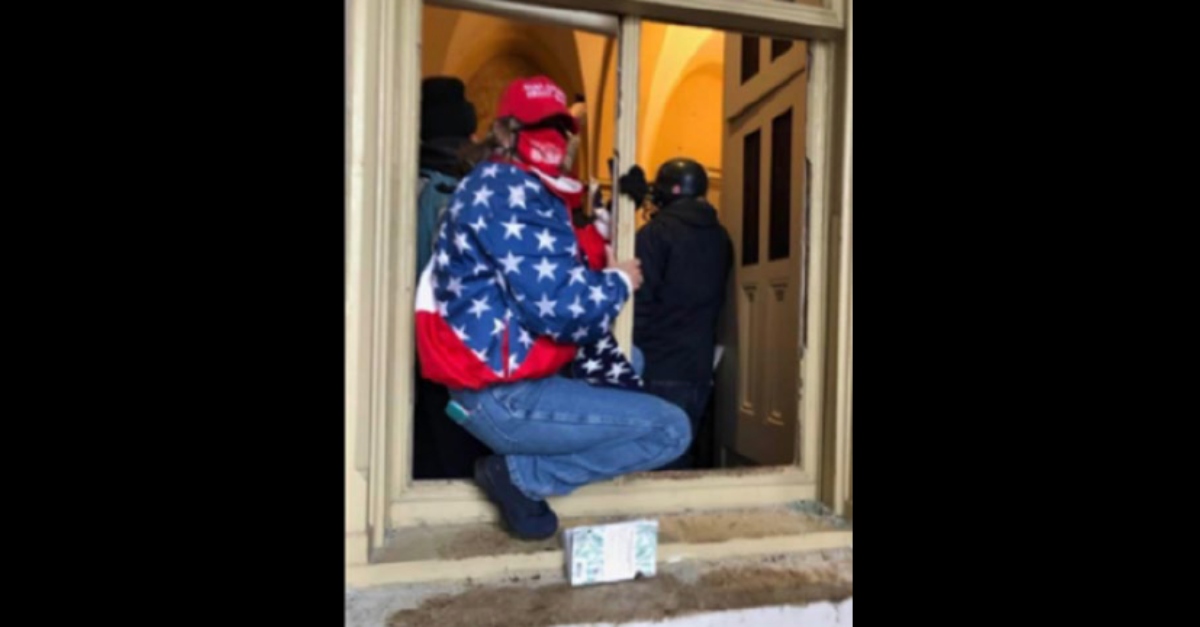 Federal prosecutors claim to have identified the MAGA-hatted woman seen straddling the frame of a broken window by the Senate Wing Door destroyed on Jan. 6th. She joins the ranks of accused rioters allegedly foiled by their social media posts bragging about their activities, authorities allege.

“Back at the hotel safe!” Jody Lynn Tagaris allegedly wrote in a Facebook post, a screenshot of which was embedded in court papers obtained by Law&Crime. “Got tear gassed but okay!”

Authorities believe Tagaris, reportedly from Florida, is the woman in the bright red MAGA hat and the stars-and-stripes jacket of the American flag in the photograph accompanying that message. Prosecutors claim that her outfit, and social media trail, identified her as among the hundreds of supporters of then-President Donald Trump who stormed the Capitol grounds in an attempt to stop Congress from counting Electoral College votes for 2020 presidential winner Joe Biden. Five people died amid the chaos. She is charged with knowingly entering restricted grounds and violently entering onto Capitol grounds.

Made public on Monday, the FBI’s affidavit narrates Tagaris joining the pro-Trump mob’s march on the Capitol:

The woman remained in the Senate Wing Door lobby area for a period of time where she took pictures and engaged with U.S. Capitol Police Officers. The woman in the American flag jacket lowered her mask, displaying a face that matches Targaris. Tagaris eventually heads down a hallway and goes left into Senate Breakout Room S139. The FBI obtained video footage from a third party which captures Tagaris in Senate Breakout Room S139. In this room, Tagaris is captured walking around and sitting at a conference table. Tagaris remains in the breakout room until Washington Metropolitan Police arrive at the location where people are forced to vacate the Capitol. At this time, U.S. Capitol surveillance video shows Tagaris exit the breakout room and eventually exit through the Senate Wing Door.

Other footage showed her sitting in a Senate room, authorities said.

The defendant popped up on the FBI’s radar after she posted the broken window picture to the Facebook account “Jody Echevarria-Tagaris.”A co-worker identified her in the photo, according to the affidavit.

The FBI says that an agent called Tagaris and left a message. She returned the call and identified herself, authorities said. A search warrant for cell phone data showed the phone was in locations consistent with her being in and around the Capitol on January 6, according to the affidavit.

Law&Crime located an account that matches the one depicted in the affidavit. It features the same profile picture: art of a woman in red wearing a wide-brimmed hat. The hat says “Trump Girl” and the message below it says, “I vote RED.”

By press time, no visible post described Tagaris as being at the Capitol, but one of the posts, dated Sept. 19, 2020, was cited in the affidavit.

“Kobe is loving the great outdoors!!” the account holder wrote under a picture of a woman holding a small dog. 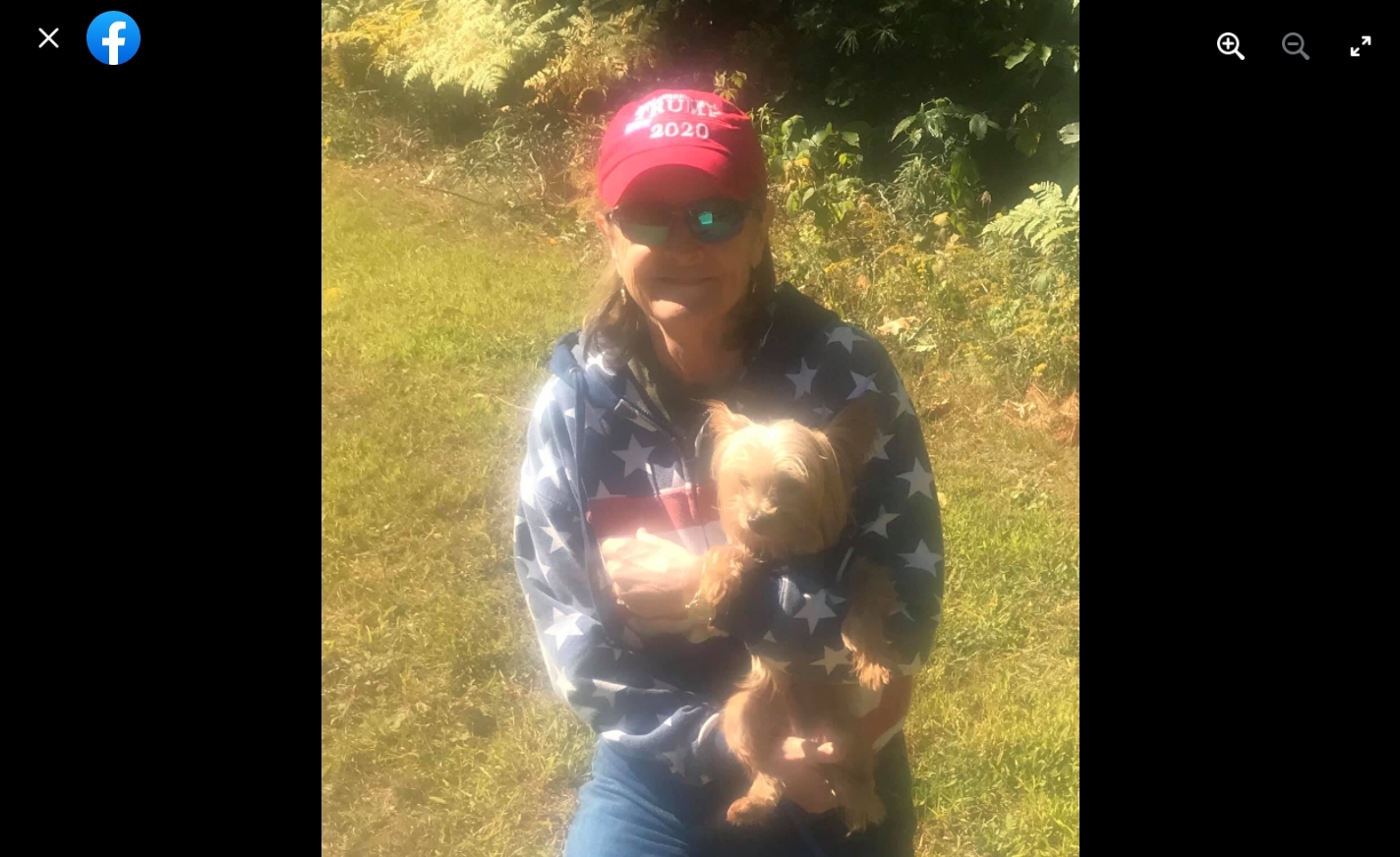 The account holder’s page has all the hallmarks of a fervent Trump supporter: sharing critical memes on liberals, mail-in voting, and post-election conspiracy theories. 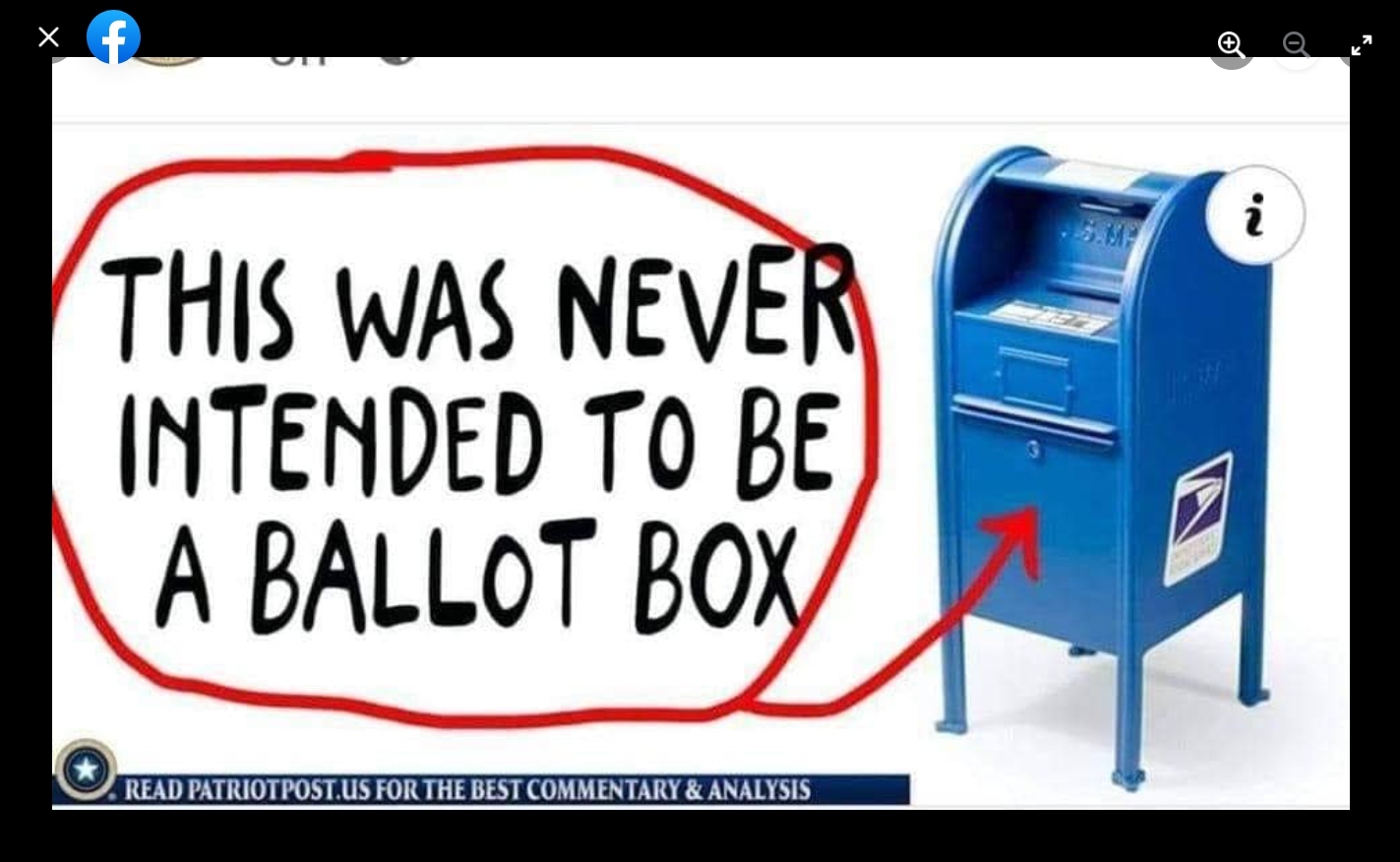 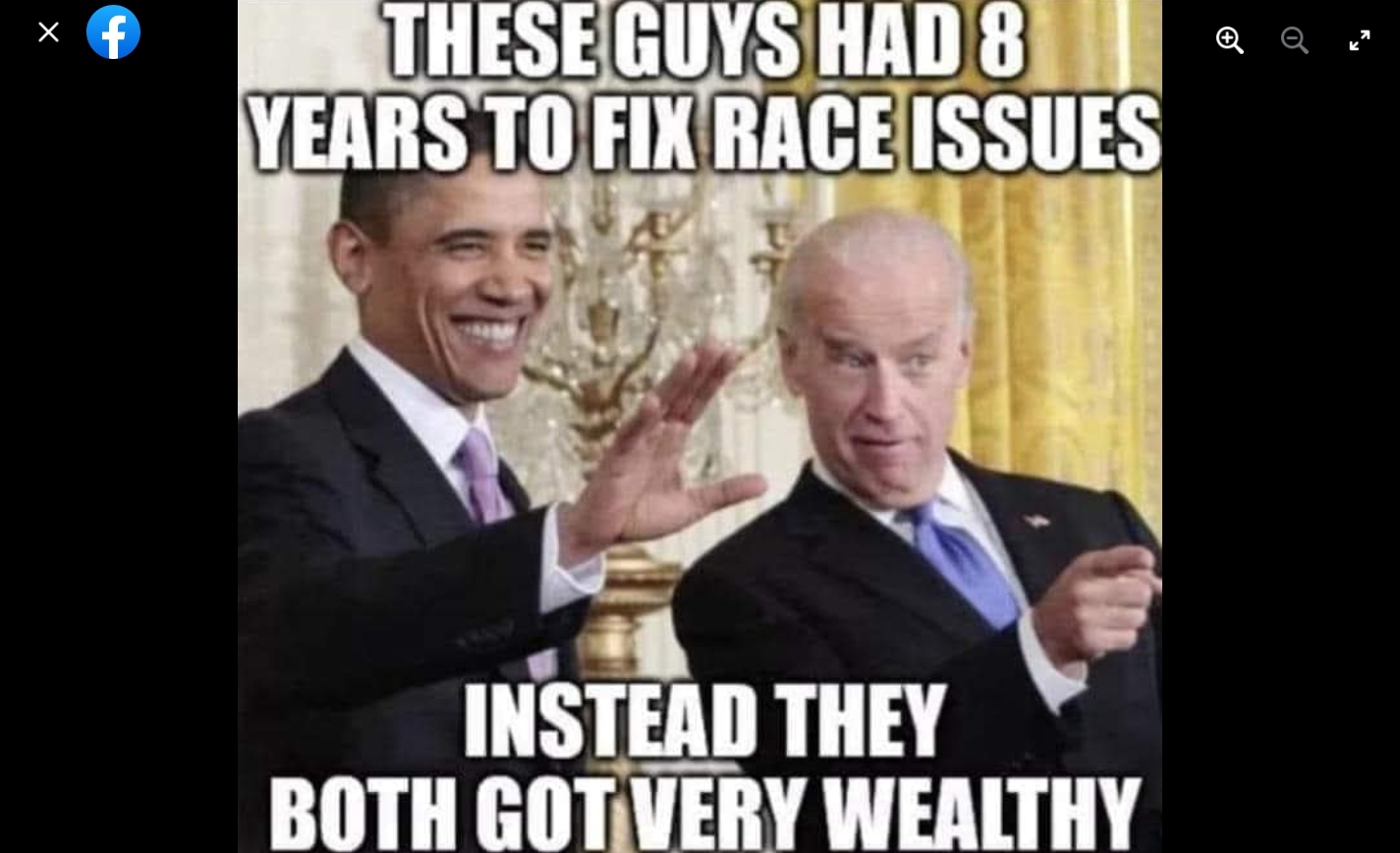 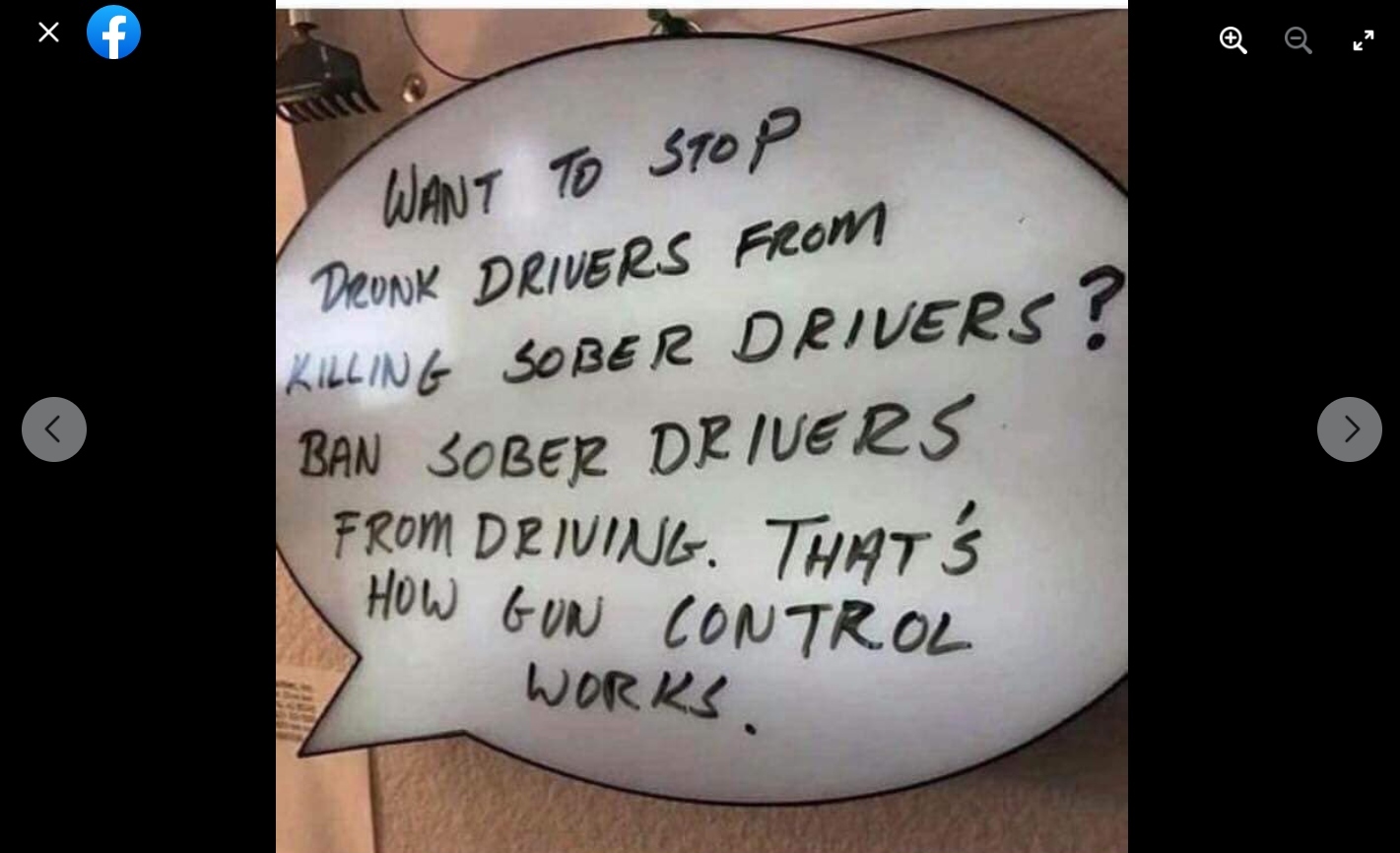 Federal records show no attorney of record at this time. Tagaris faces a count each of entering a restricted building, and violent entry and disorderly conduct. The Facebook account in question did not immediately respond to a Law&Crime request for comment.

[The top two images via the FBI; the remainder via Facebook]