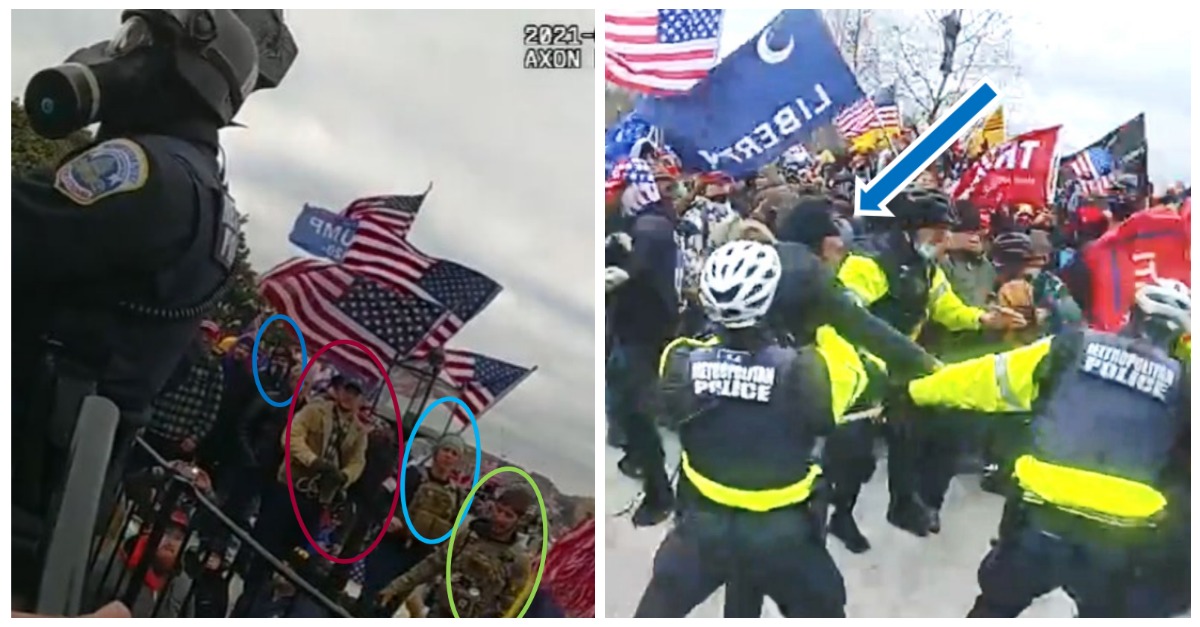 Five Floridians were indicted by a federal grand jury earlier this month in connection with the Jan. 6th attack on the U.S. Capitol Complex. One of the suspects currently remains at large.

The defendants are accused of a bevy of federal crimes in a combined 19-count indictment including charges of theft, resisting arrest, and assaulting law enforcement with dangerous weapons.

According to the Acting U.S. Attorney for the District of Columbia, defendants Olivia Michele Pollock, 30, Joshua Christopher Doolin, 22, Joseph Daniel Hutchinson III, 25 and Michael Steven Perkins, 37, were all arrested by federal agents late last month. Each made an initial court appearance on the strength of a criminal complaint on June 30–three in Florida’s Middle District Court and one in Georgia’s Middle District.

The indictment was handed down on July 1st and announced by the U.S. Department of Justice in a Thursday, July 8 afternoon press release.

Court documents allege that the quintet engaged in a coordinated attack on Capitol Police that was intended to facilitate additional such attacks in a prolonged effort to gain access to the national legislative seat of government and stop the counting of Electoral College votes by the U.S. House of Representatives.

In fewer than 20 minutes, between approximately 1:56 p.m. and 2:12 p.m., the core group of the five charged defendants (as well as several others who are not charged) participated in at least four bouts of assaultive conduct against U.S. Capitol Police (“USCP”) and/or Metropolitan Police Department (“MPD”) officers who were protecting the west side of the Capitol building. Throughout the course of the day, several members of the group were wearing military-style ballistic vests, some of which displayed matching patches.

Notably, the court papers explain that “Associate-2” and another unnamed person — presumably both cooperating witnesses — “have not been charged in connection with this investigation.”

According to the case’s docket, the government is seeking pre-trial detention for Perkins based on the strength of visual evidence that allegedly shows him taking part in at least two assaults.

“[T]he defendant was observed on police body worn cameras participating in the attack of law enforcement officers,” a court memo alleges. “The defendant was also captured in other photographs and video footage throughout the day on January 6, 2021, where his face is clearly visible and the clothes he is wearing in the body work camera footage described above clearly identifiable.”

Additionally, the government argues that Perkins in particular poses an extreme risk of flight and a danger to the community.

“The charged offenses involve assaultive conduct aimed to stop the functioning of the United States government, specifically to derail the certification of the electoral process, a cornerstone of our democracy,” the detention memo goes on. “The danger the defendant caused by assisting the violent mob cannot be understated. The defendant was a spoke in the wheel that caused the historic events of January 6, 2021, and he is thus a danger to our society and a threat to the peaceful functioning of our community.”

Each of the defendants, if convicted as charged, face anywhere from two to several dozen years in prison.