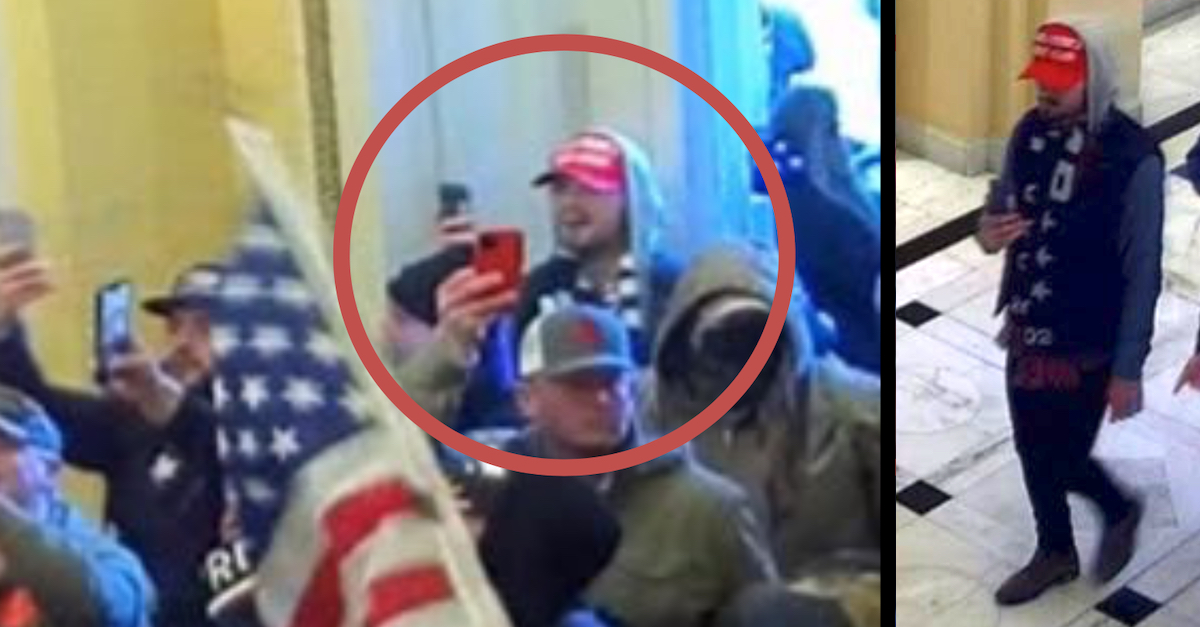 Surveillance camera images from Jan. 6 show a man federal authorities have identified as Anton Lunyk inside the U.S. Capitol.

Federal authorities caught a man alleged to have attended the Jan. 6 siege on the U.S. Capitol Complex after a college friend recognized him in a New York Post tweet. That’s according to a statement of facts prepared by an FBI special agent in the case of Anton Lunyk, 26, of Brooklyn, N.Y.

“Witness 1 provided an online tip to the FBI regarding the riot at the U.S. Capitol,” the statement says. “[L]aw enforcement interviewed Witness 1. Witness 1 advised that he/she attended college with ANTON LUNYK and he/she recognized LUNYK in the background of a New York Post Twitter image.”

The tweet was still live as of the time of this writing:

The tweet contained a screenshot taken from a video. “Law enforcement reviewed the live streaming video and identified the location of LUNYK as within the designated working space of a United States Senator,” the court papers indicate. 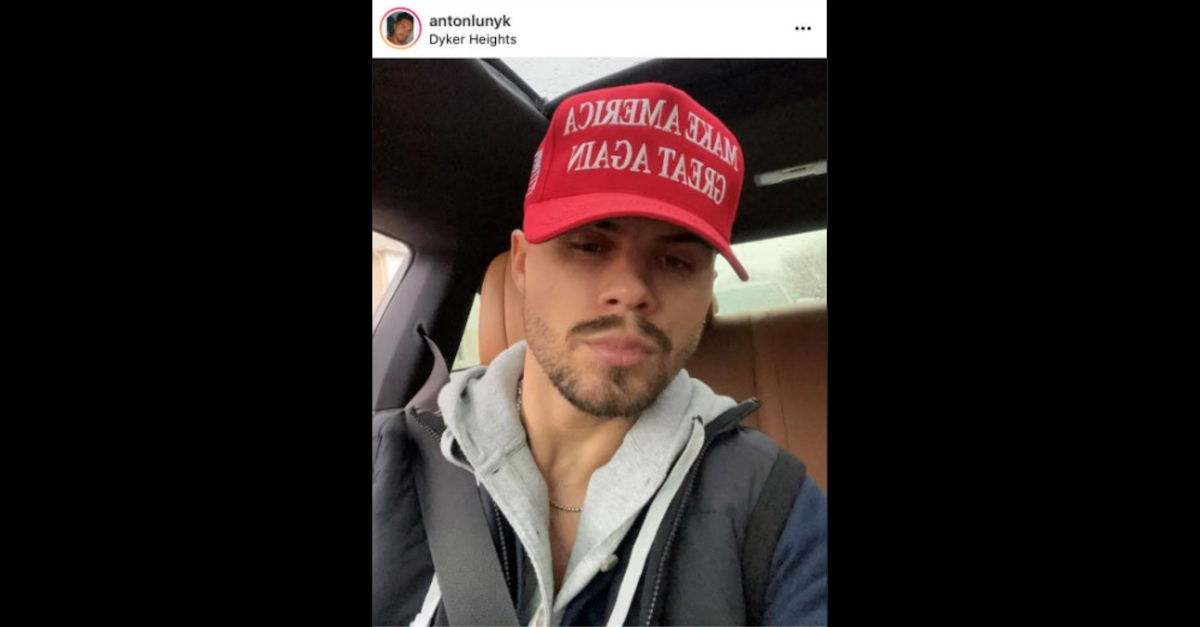 A social media post on an account traced back to Anton Lunyk is embedded within federal court documents.

A second witness provided additional screenshots from social media posts alleged to be connected to Lunyk.

“This is going to be an interesting next few weeks . . . who else is going to DC this week?” one of them read.

Some of the posts have since been deleted, the court papers allege.

The FBI says it also tracked Lunyk’s movements to and from the nation’s capital:

At an initial appearance Tuesday afternoon before Chief Magistrate Judge Cheryl Pollak in U.S. District Court for the Eastern District of New York, Lunyk waived his right to an identity hearing and waived his right to a probable cause hearing in New York before his case is shipped to federal prosecutors — and a federal judge — in Washington, D.C. Prosecutors did not request pretrial detention or that Lunyk post bond; they were content to release the defendant on his own recognizance. However, strings were attached. The perfunctory clauses were asked and granted (contact with pretrial services; surrender of a passport; agreeing to home/employment visits by pretrial services officers to ensure compliance; restricted travel between New York and D.C. for legal purposes only; etc.).

But federal prosecutors also asked that the magistrate judge order the defendant, as a condition of his release, to refrain from visiting the U.S. Capitol grounds, to refrain from attending political gatherings or rallies, and to refrain from engaging in social media exchanges about politics. Lunyk’s federal defender said that request was one too many because it would deprive the defendant of his First Amendment freedoms. The defense said any such request needed to be “narrowly tailored.” Prosecutors countered that the ask wasn’t too obtuse given the nature of the crimes charged.

Judge Pollak split the baby, so to speak. She said Lunyk would be restricted from going to state or federal capitol buildings as a condition of his release unless he has “legitimate reasons” apart from rallies to be at said buildings. Any trips would need to be described in advance to pretrial services officers. But the judge said she would not issue Lunyk a blanket prohibition against attending rallies or making social media posts. Again, however, there was a caveat: pretrial services officers would need to have access the defendant’s social media messages to “review” the material and to ensure the content was “appropriate,” Pollak said.

“Yes, your honor,” the defendant responded in agreement throughout the conversation.

US v ANTON LUNYK by Law&Crime on Scribd