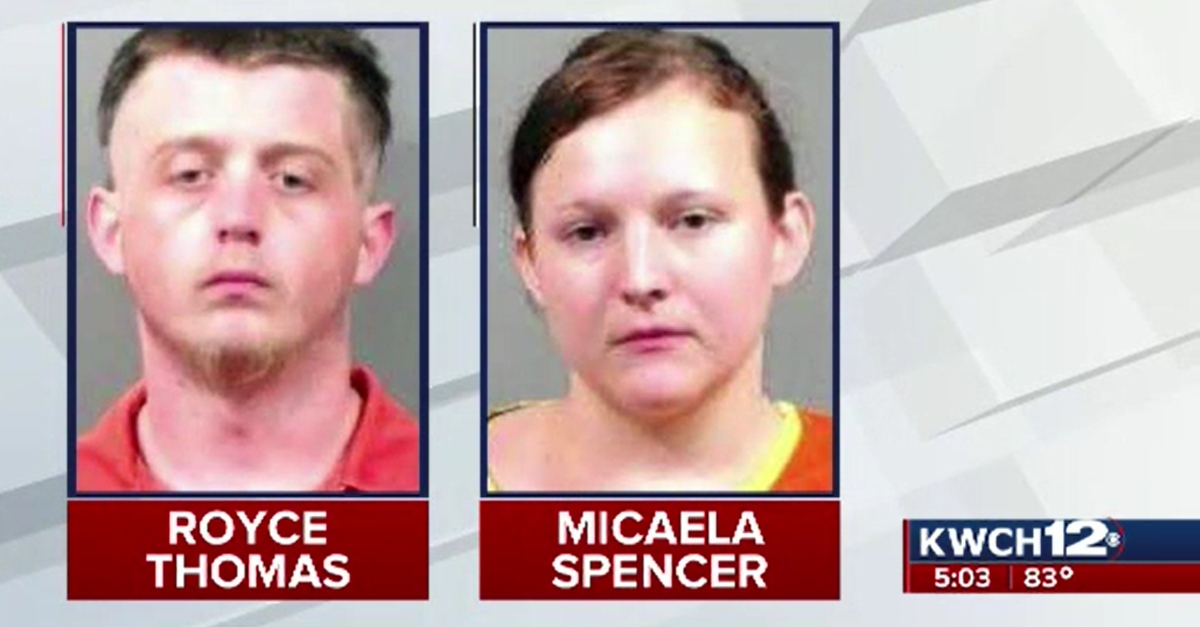 A Kansas woman has been sentenced for murdering an ex-stepfather who she claimed had sexually abused her, according to Wichita CBS affiliate KWCH.  Micaela Spencer and her boyfriend Royce Thomas killed William Callison out of revenge, authorities have said.  Ironically enough, Spencer will reportedly have to register as a sex offender if she finishes serving her sentence of 50 years to life for first-degree murder.  Authorities charged Spencer with the sale of sexual relations because they say she lured the victim to his RV by offering sex and marijuana.

Thomas was previously sentenced to 54 years and five months in prison for charges including second-degree murder.

The couple popped up on law enforcement’s radar after Callison’s boss at a car dealership saw Spencer and Thomas driving Callison’s truck from a storage facility while pulling the boss’ trailer, which contained a classic Corvette, according to ABC affiliate KAKE.

Cops said they found Callison’s truck and RV in the driveway of a home. His body was inside the RV.

Spencer said the plot was to get high on meth and get money from Callison for sex, authorities reportedly said.

Friends and family spoke warmly of the slain man, according to KAKE in a May 2019 report before the sex abuse claims became public. Relatives said the victim was about to pay off his RV and move to the mountains as part of a life-long dream.

Callison spoke to the television station back in 2013 — after he was reportedly mistaken for a bank robber.

“You need to get your story straight, and your eyes checked,” he said.