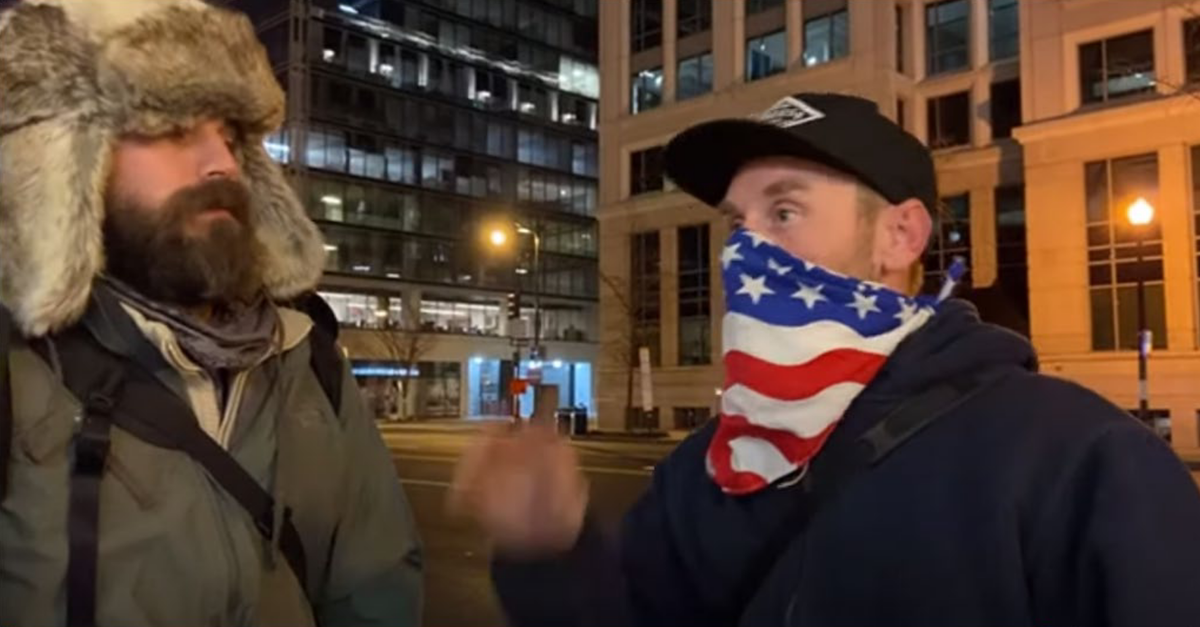 Paul Russell Johnson, seen on the right with a U.S. flag bandanna over his face, boasts about “fighting cops” in a YouTube video.

A U.S. Capitol rioter knocked over a police officer outside Congress on Jan. 6th, causing her to hit her head on the stairs behind her, lose consciousness and be whisked away to a local hospital where doctors determined that she suffered a concussion, federal prosecutors wrote in a criminal complaint against the suspect.

The FBI says that Paul Russell Johnson, a 35-year-old charged with assaulting the unidentified officer, boasted about “fighting cops and shit” on a YouTube video, adding to the list of rioters whose social media bluster about participating in the insurrection have filled the pages of court documents.

“There’s three sets of gates before you get to the stairs of the Capitol. Alright?” Johnson can be heard bragging. “We get to the next gate. There’s probably… there’s a shit load of cops up there then. Second wing, we breached, pulled up, start throwing shit. I mean we’re fu-, we’re we’re fighting cops and shit. I have video where I’m slinging one around.”

Around 12:50 p.m. on Jan. 6th, a pro-Trump mob approached an area of the Capitol known as the “Peace Circle” and were seen in a video approaching police-guarded barricades.

“As the crowd approaches a second line of barricades being guarded by uniformed U.S. Capitol Police officers, a male individual—later identified as Johnson—can be seen holding a black megaphone and shouting profanities toward the U.S. Capitol Police, including ‘Let’s go! Fuck this shit. We pay your bills, you back the fuck off.'”

Undeterred by a fence line clearly marked with a sign in large red text “AREA CLOSED,” Johnson allegedly shouted through a bullhorn: “It’s our house. We pay your bills. We pay for this… that’s some bullshit.”

Authorities say that video captures Johnson lifting and pushing those barricades—and allegedly knocking over an unidentified officer in the process, causing her to hit her head on the stairs behind her. The effect of the impact did not manifest for the officer immediately, prosecutors say. 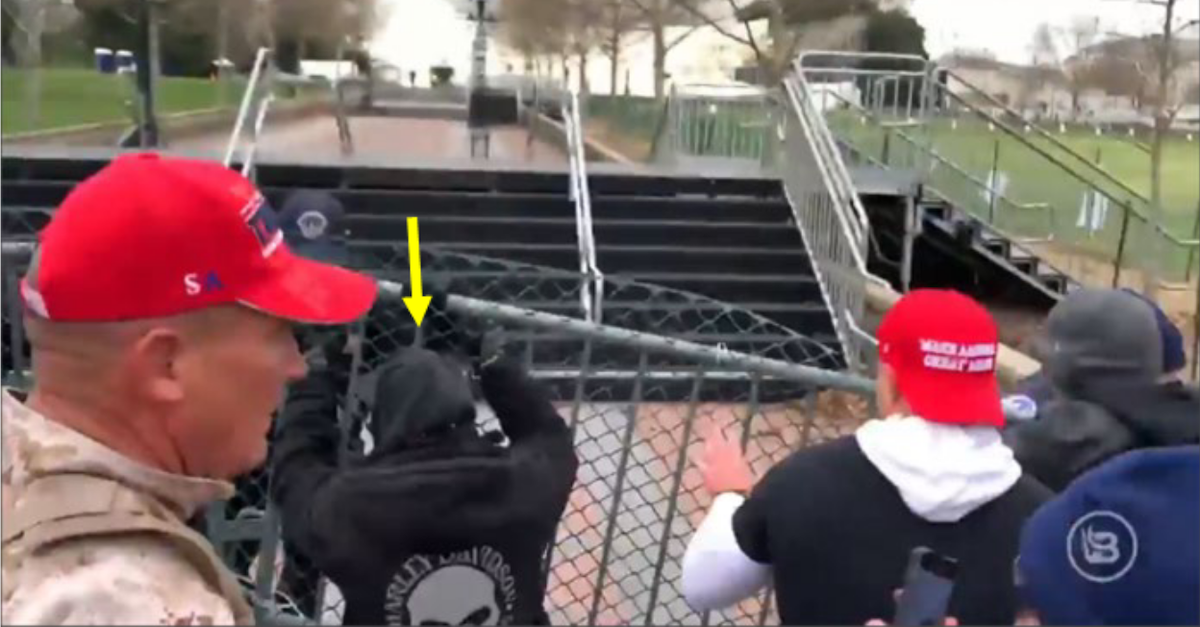 “Hours later, while arresting a rioter, [the officer] blacked out and collapsed in the booking area and had to be transported to the emergency room at a local hospital, where she was assessed to have suffered a concussion,” court papers say.

A YouTuber “Millennial Millie” streamed Johnson talking about his melee with the police outside Washington, D.C.’s Hilton Garden Inn Hotel later that evening.

“Me and this other guy Collins, he’s in here with us,” Johnson was heard saying in the same video. “And I didn’t know that he was… we didn’t know each other for shit. I looked. I’m sitting at the gate and I’ve got my hands on him and there’s cops. You know there’s five cops standing up the way a little bit. Beyond them is a lot of cops. So me and him look at each other, we already knew what time it was… we started pulling the gates apart. And we started bum rushing.”

Two FBI tipsters, described as a friend of Johnson’s girlfriend and a follower of the Twitter user @SeditionHunters account, provided information to authorities over the course of the investigation. Johnson was hit with five federal charges on Monday, including inflicting bodily injury upon a police officer.