Army Vet Seen with ‘Boogaloo’ Patch on His Body Armor Pleads Not Guilty to Jan. 6 Charges 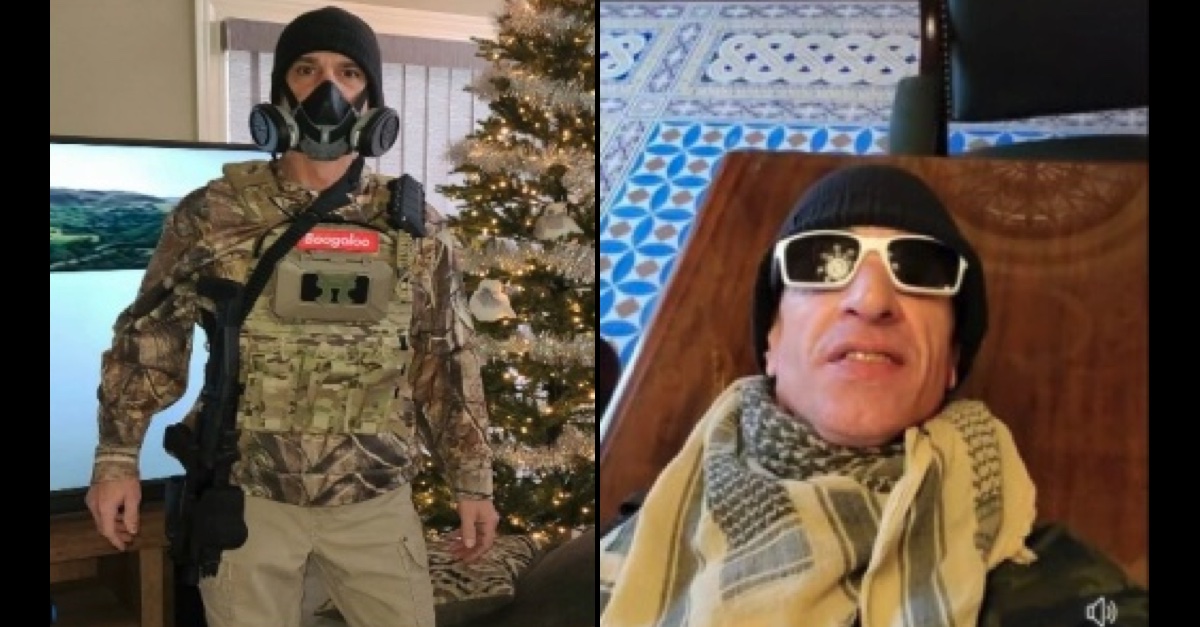 A Michigan man who served more than three years in the Army and appears to support the “Boogaloo” extremist militia movement has pleaded not guilty to charges stemming from his alleged role in the Jan. 6 attack on the U.S. Capitol.

Steven Thurlow, appearing remotely, was arraigned in federal court Tuesday on charges that he unlawfully entered the Capitol building along with hundreds of Donald Trump supporters in an attempt to halt the counting of the Electoral College votes that President Joe Biden won.

Federal documents show Thurlow posting pictures of himself and taking videos inside the Capitol that day. 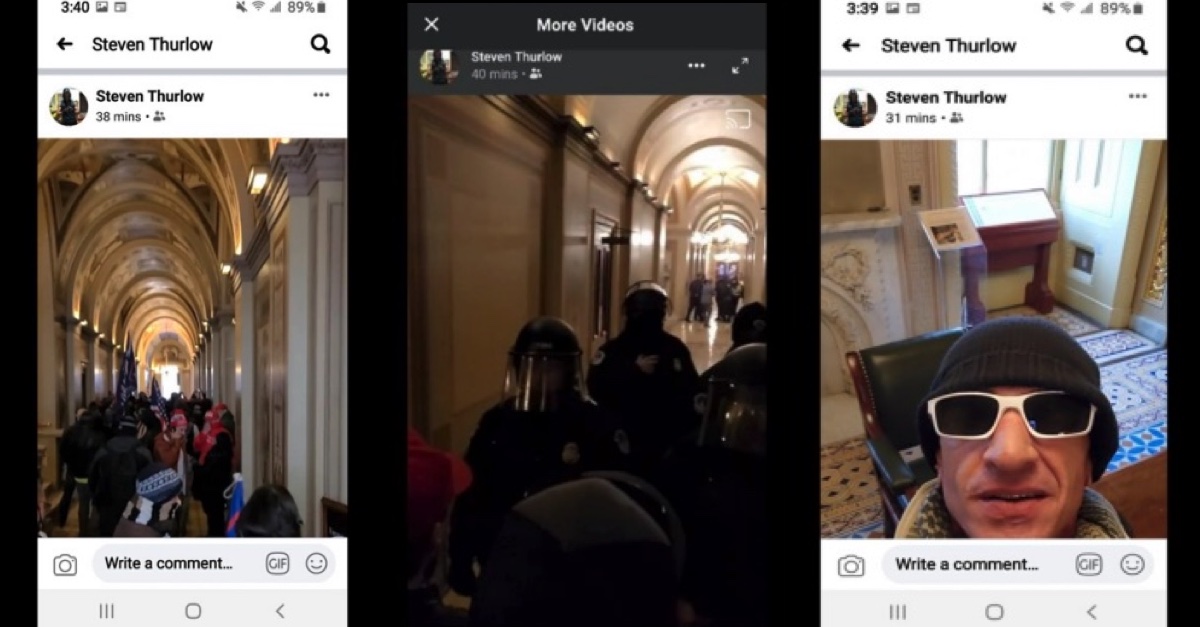 Thurlow also apparently bragged about defying law enforcement efforts to beat back the rioters who were attempting to breach the Capitol. 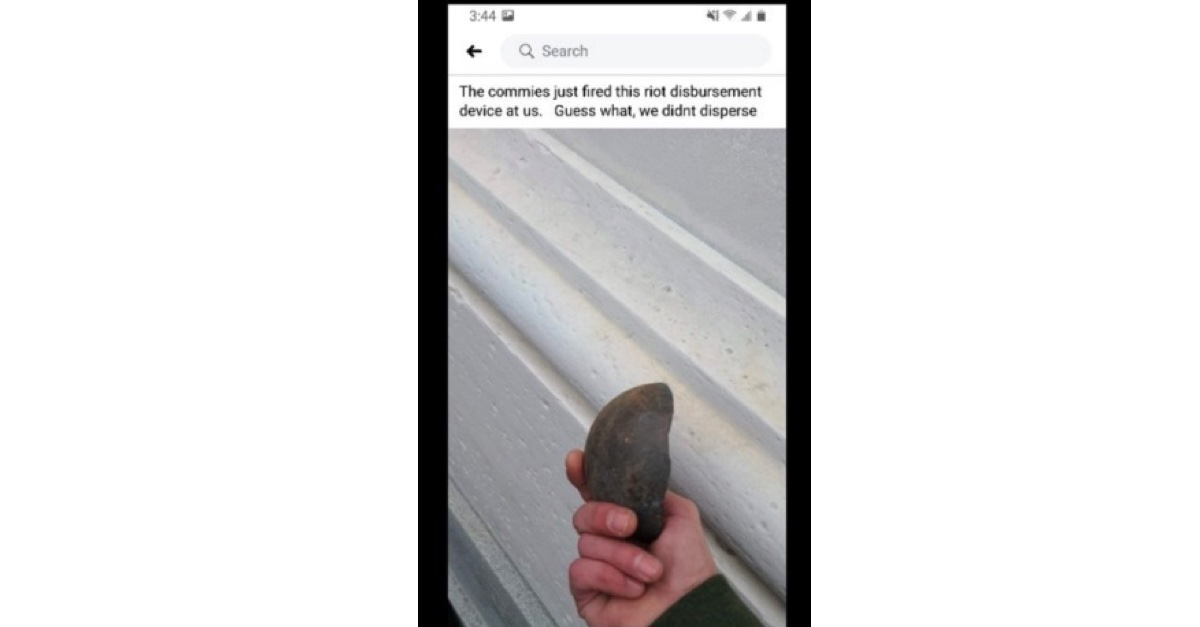 “The commies just fired this riot disbursement [sic] device at us,” the caption said. “Guess what, we didn’t disperse.”

Thurlow appears to have deleted or removed his posts linking him to the Jan. 6 attack, or removed them from public view, according to the complaint.

According to interviews with witnesses, including one of Thurlow’s family members, Thurlow removed the incriminating photos from Facebook and changed his display name to “Stephanie Danielle Thurlow” following the Capitol riots. The profile pictures for the “Stephanie” account prominently displayed four people carrying firearms and wearing caricature masks appearing to depict former U.S. presidents, and a picture of what appears to be a doll holding an automatic rifle.

The Facebook page, however, featured multiple pictures of Thurlow himself.

In one picture, he is dressed in camouflage tactical gear, including a gas mask and weapons attached to his body.

“Ahhhh, nothing like a new pair of 511’s and fresh set of level IV Sapi’s in the plate carrier to go “peaceful protest” with,” the caption reads.

A Level IV “SAPI” plate is a “high-level ballistic body armor plate that is rated to withstand a direct hit by a high muzzle velocity armor piercing bullet.”

The photo also shows a prominently-displayed patch with the word “Boogaloo” on it. 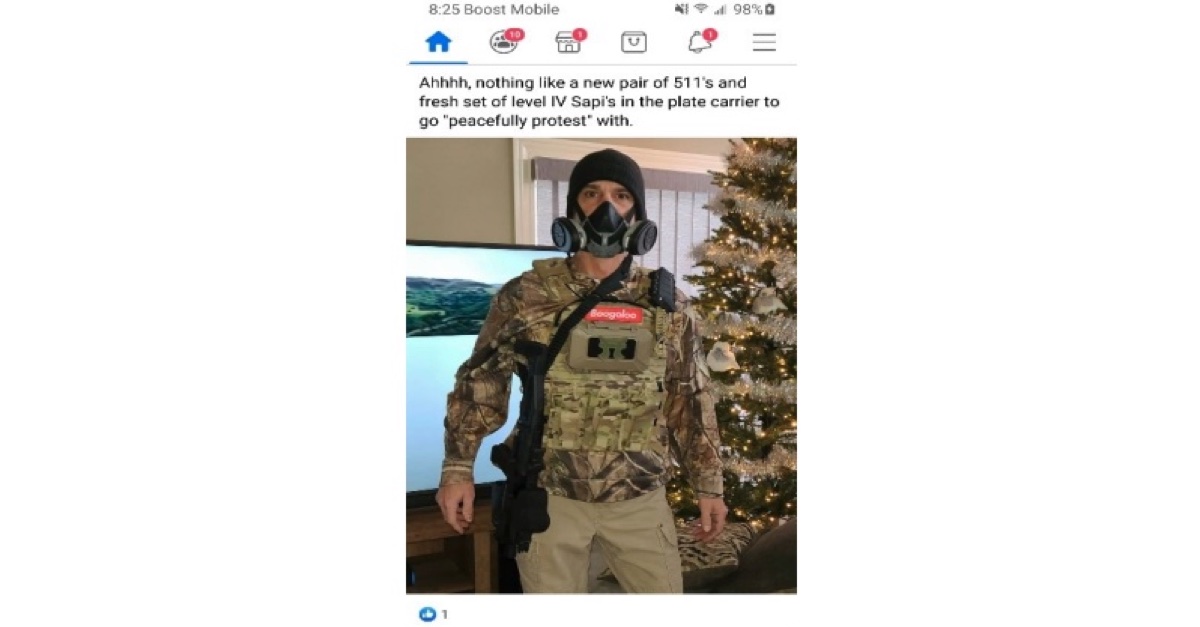 As the complaint explains, “‘Boogaloo’ is a term referencing a violent uprising or impending civil war. The term is sometimes used by militia extremists and racially or ethnically motivated extremists … who have adopted it to reference an impending politically-motivated civil war or uprising against the government” or race war. 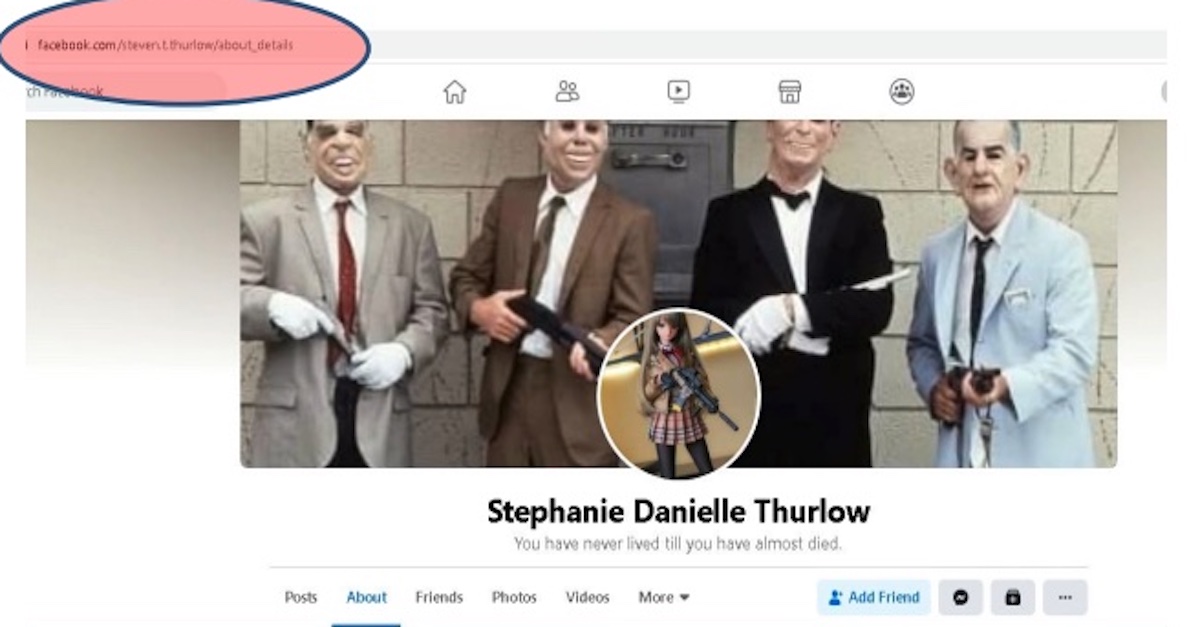 Another witness told investigators that Thurlow “became more of a conspiracy theorist” since his time serving in the military.

Thurlow, gunsmith, was the 10th person from Michigan charged with crimes relating to the Jan. 6 riot, according to a Detroit News report. He has also worked as a cement finisher, and filed for bankruptcy in 2014, according to the report.

At Tuesday’s arraignment, U.S. District Judge Paul L. Friedman said that he anticipates significant discovery in this case. The prosecutor indicated that the government would offer Thurlow a plea deal.

When Friedman reminded Thurlow to abide by the conditions of his release until then, Thurlow promised he would.