Anti-Vax Doctor and Her Spokesman Indicted After Being Photographed Inside the Capitol on Jan. 6 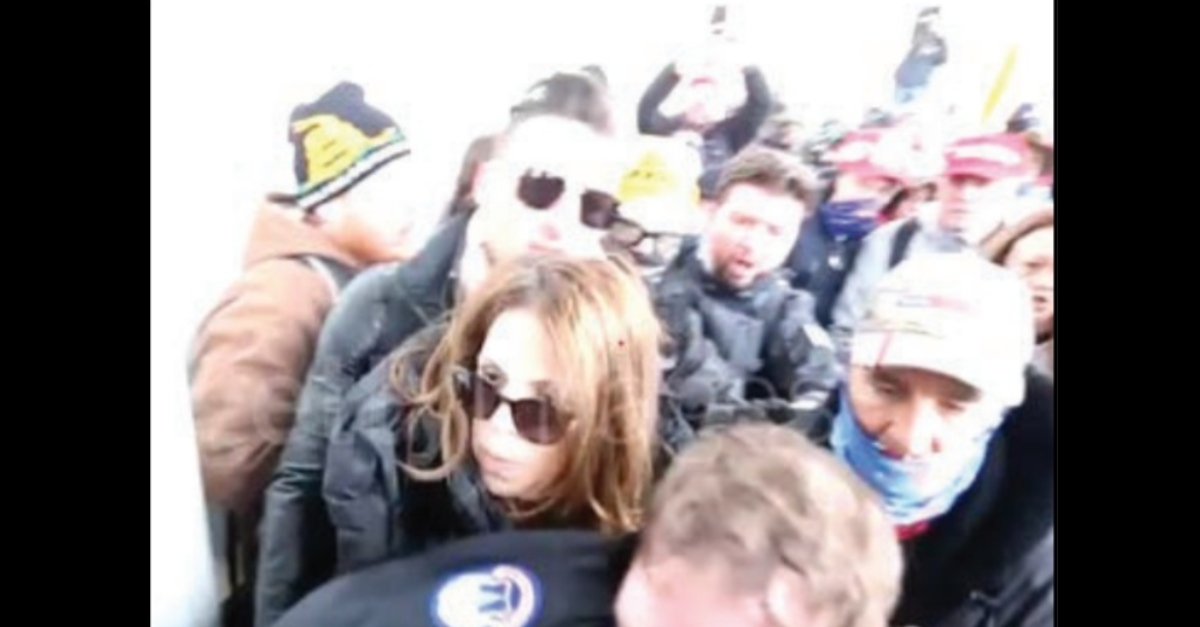 People identified as Simone Melissa Gold and John Herbert Strand (both in sunglasses).

An anti-vax California doctor and the communications director for her organization were indicted on various offenses last Friday in connection with the storming of the Capitol building on Jan. 6.

There’s no dispute they were there when supporters of then-President Donald Trump raided the Capitol Building on Jan. 6. In the affidavit, the Federal Bureau of Investigation was sure to mention Gold’s interview with The Washington Post.

“I do regret being there,” Gold said in the Jan. 12 report. She said she was worried pictures of her in the Capitol would distract from her work with America’s Frontline Doctors, an organization she started in order to criticize government efforts to clamp down on the spread of COVID-19. She is a vocal opponent of the COVID-19 vaccine. Gold said she showed up to D.C. that day for a “Rally for Health Freedom” on the east side of the Capitol. Strand confirmed his presence that day, too, saying he was at the event to “ensure [Gold’s] safety.”

All of that is just gravy for the FBI, which cited photos, videos, social media activity and tips when placing Gold and Strand inside the Capitol.

“An old acquaintance was posting pictures of himself taking over the capitol yesterday,” wrote a witness cited by the affidavit. “He was calling for a revolution on his social media accounts.” 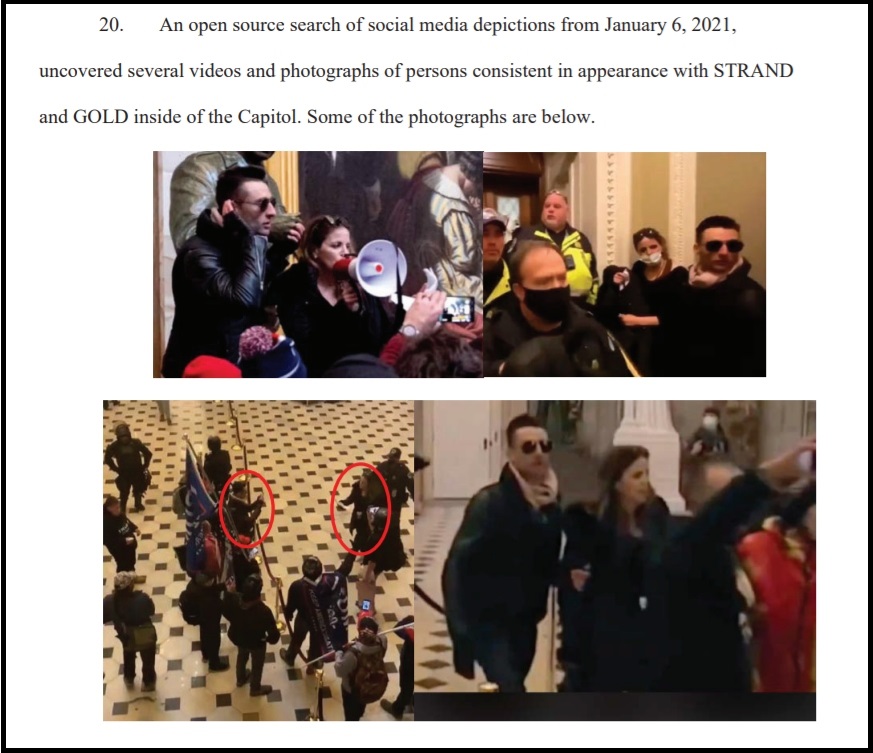 Five people died amid the chaos of the insurrection: four Trump supporters, and one Capitol officer. Another Capitol officer, a D.C. Metro officer, and a defendant died by suicide mere days after the siege.

Gold said things were not dangerous where she was that day.

“I can certainly speak to the place that I was, and it most emphatically was not a riot,” she said. “Where I was, was incredibly peaceful.”

The FBI’s account contradicts this. Authorities said two people who appeared to be Gold and Strand were in a large group trying to force its way past officers blocking a Capitol entrance, which had “visibly broken windows.”

“One of the officers, who had been pinned near the doors to the Capitol, appears to be pulled down by someone in the crowd and lands near where STRAND and GOLD were standing,” the FBI wrote.

Strand allegedly posted a picture of himself on the Capitol steps, claiming to be defending the Constitution against a “STOLEN ELECTION.”

“I am incredibly proud to be a patriot today, to stand up tall in defense of liberty & the Constitution, to support Trump & #MAGAforever, & to send the message: WE ARE NEVER CONCEDING A STOLEN ELECTION.” 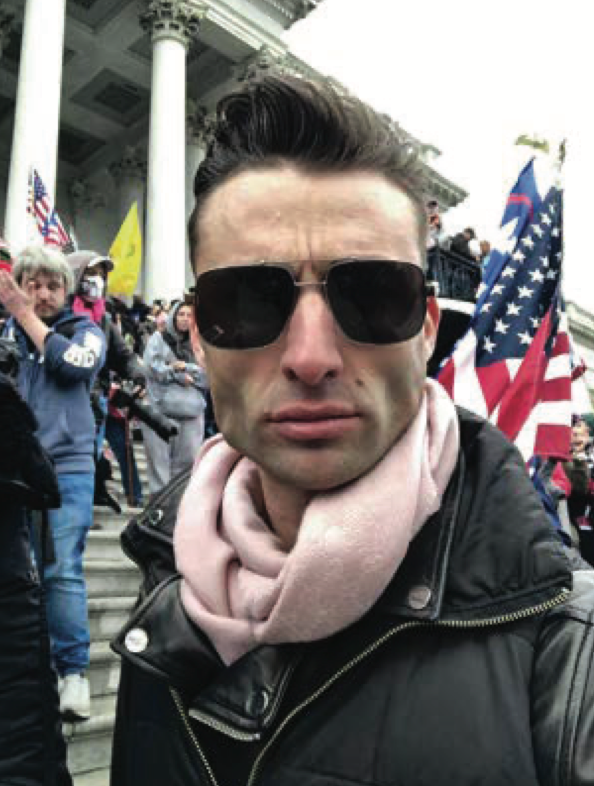 [Screengrab via Getty Images by way of the FBI]