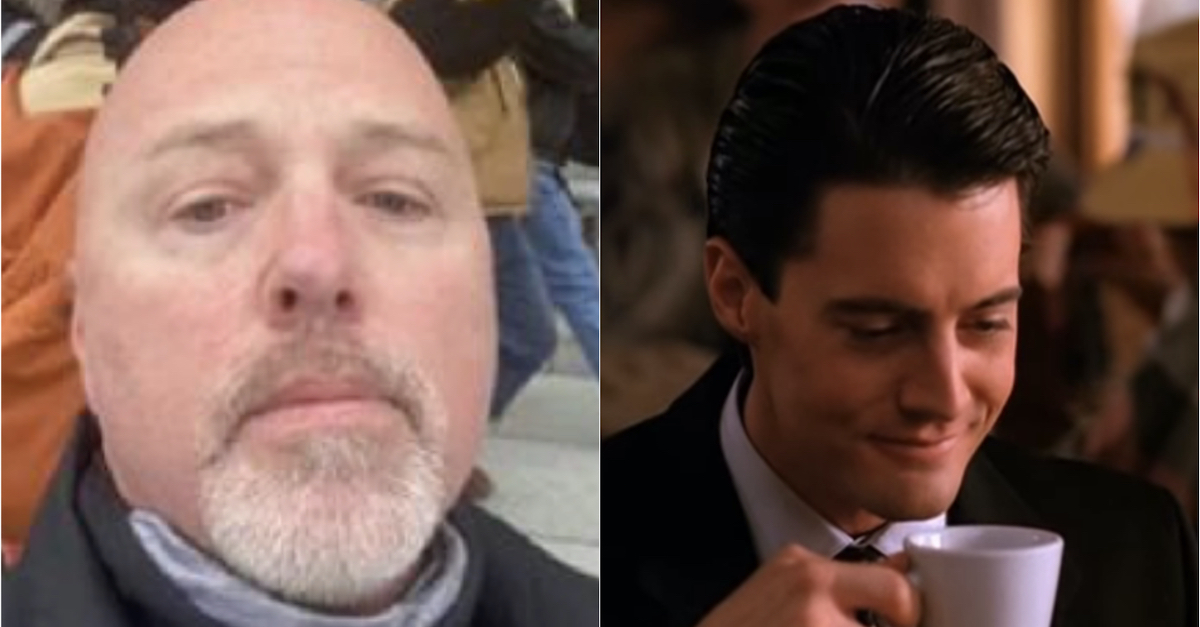 A coffee-roasting accused U.S. Capitol rioter nicknamed “Stiemy Vic” (left) gave FBI agents two bags of his coffee after they interviewed him, according to court papers. On the right, fictitious FBI agent Dale Cooper from the TV cult classic “Twin Peaks” enjoys a cup of what he calls “damn fine” coffee.

A little more than a month after the assault on the U.S. Capitol, FBI agents arrived at the Texas home of a suspected rioter and coffee connoisseur. Dubbing himself “Stiemy Vic” on his Facebook account, the man—like many charged with storming the Capitol—allegedly boasted on social media about his attendance on Jan. 6th.

“We are not terrorist [sic],” Vic Williams allegedly posted on Facebook on that day, posting a photo of himself in front of the building. “WE are America! We Started it, we built it, we kept it, and now we will defend it!”

According to court papers, Williams told the FBI agents who visited him that he did not go inside the Capitol that day.

“Williams owns a roasting company and, at the conclusion of the interview, gave two bags of coffee to the interviewing agents,” an FBI agent’s affidavit states.

On Friday, the FBI gave him four federal charges, in criminal complaint replete with stills of surveillance footage apparently showing him inside the building. Court papers also claim that the coffee-loving accused rioter admitted to entering the building in a live video he allegedly posted on his “Stiemy Vic Williams” Facebook account.

At the beginning of the nearly 18-minute video, Williams states that he was going to discuss the events of January 6, 2021, including what he saw at the U.S. Capitol. He also stated several times that he was taking videos throughout the incident, and that he would share the videos with the viewers. In sum, Williams stated that, after the rally, he walked to the Capitol, and that an individual that was walking with him was getting updated reports of what was happening at the Capitol. This individual showed Williams the reports that indicated there was smoke and fighting at the Capitol, and later in the video, Williams noted that there was ‘smoke everywhere’ and ‘explosions going off.’ Williams also described his route to the Capitol that involved climbing up a wall and scaffolding, until he arrived at the Capitol front door. He then stated that he went inside the Capitol. 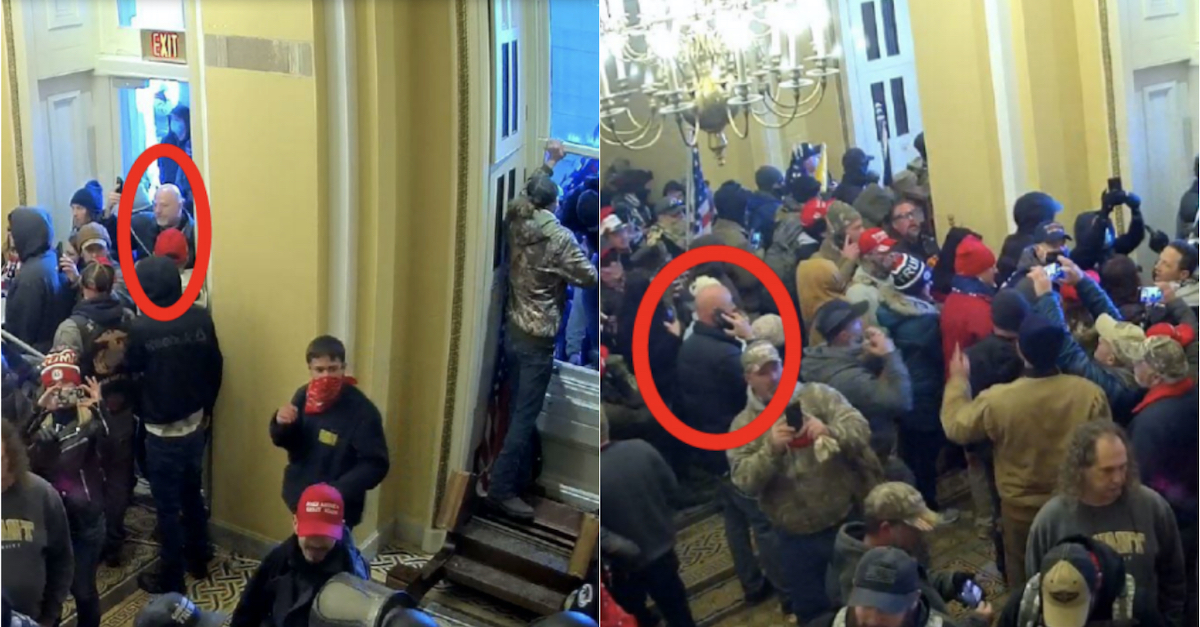 The FBI says that agents learned of the video from a tipster the day after the riot and subpoenaed records from that Facebook account, which remains active.

On Jan. 9, another FBI tipster reported seeing Williams post that the pro-Donald Trump mob was not “done,” according to the complaint.

“Witness #2 provided law enforcement with several screenshots, including the following that is under the vanity name of ‘Stiemy Vic Williams’ with the caption ‘is at the United States Capitol,'” the complaint states.

Williams faces charges of knowingly entering into a restricting building, disorderly conduct inside restricted grounds, and two counts of violently entering the Capitol.

Read his criminal complaint below: