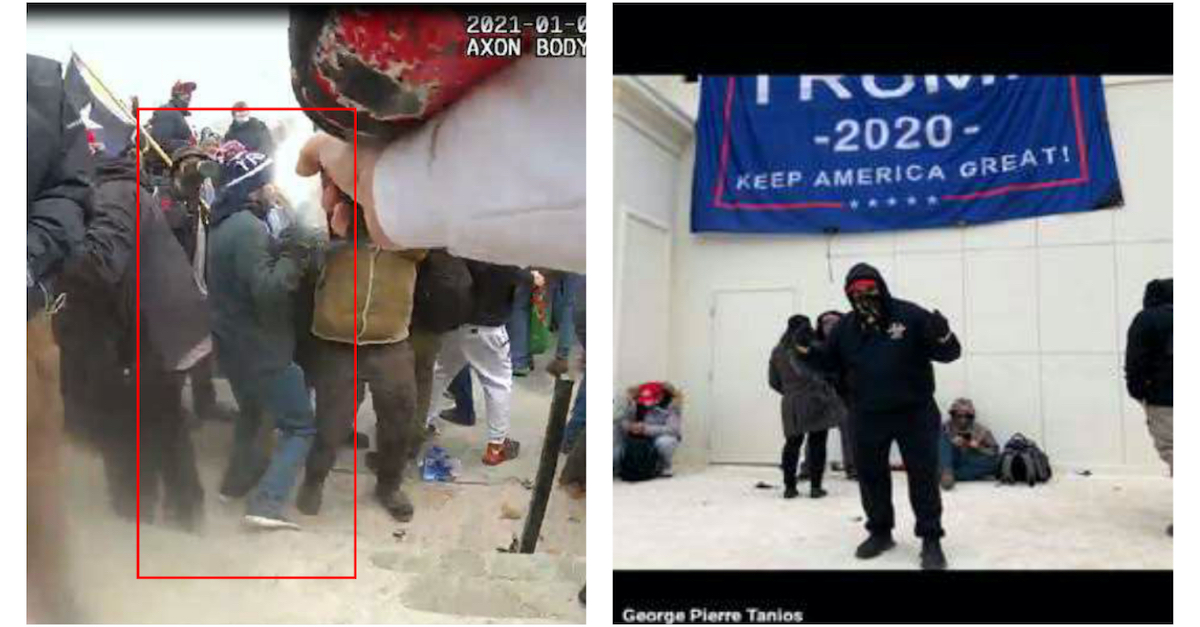 Two men charged with assaulting the late Officer Brian Sicknick and two other officers on the day of the U.S. Capitol insurrection will stay behind bars pending further proceedings on their detention once transferred to Washington, D.C., federal judges ruled in separate proceedings on Monday afternoon.

For more than two months after the U.S. Capitol insurrection, Sicknick’s death the day after the siege has remained shrouded in mystery. Authorities still have not yet fully answered that question, but they have named two of the fallen officer’s accused assailants: George Pierre Tanios, 39, and Julian Elie Khater, 32.

At separate hearings on Monday, both men were advised of their rights and appointed attorneys. Tanios, who appeared in the Northern District of West Virginia, is represented by Beth Gross. Khater’s lawyer Steven Altman appeared with his client in the District of New Jersey. The FBI says a tipster informed them that the men know each other from the Garden State, where they grew up together.

Since the government requested their immediate detention, the men will stay in jail until further proceedings can be scheduled.

Despite early reports that attributing Sicknick’s death with being hit by a fire extinguisher, investigators later suspected that a chemical irritant like bear spray may have been to blame. The FBI said that surveillance footage, body worn cameras and anonymous tipsters identified both men among those who sprayed officers. Only Khater has been accused by authorities of spraying Sicknick, whose death a day after the siege is not mentioned in the initial charges.

According to the affidavit, Khater told Tanios, “Give me that bear shit,” an apparent reference to bear spray.

“Hold on, hold on, not yet, not yet… its still early,” Tanios allegedly responded.

“They just fucking sprayed me,” Khater is quoted shouting “emphatically” at one point.

Court papers appear to show Khater holding a canister of the spray, while wearing a Trump hat and gloves. 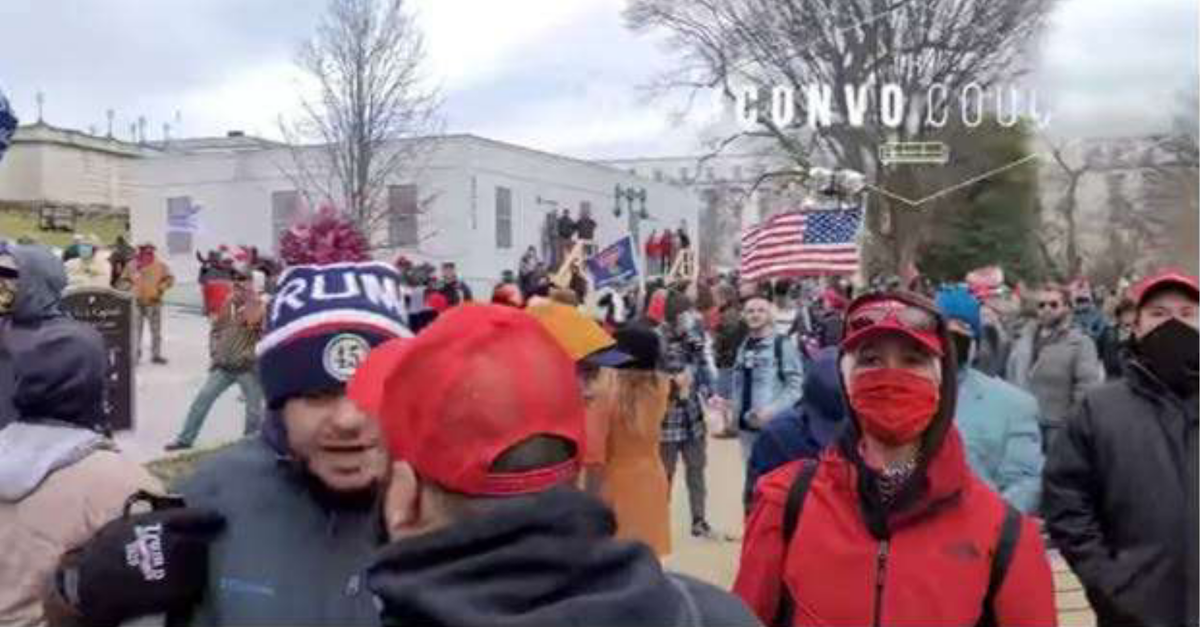 Julian Khater, wearing a Trump hat and gloves, holds what appears to be a spray canister, prosecutors say.

“In reviewing the surveillance footage and BWC video, your affiant observes that Officers Sicknick, Edwards and Chapman, who are standing within a few feet of Khater, all react, one by one, to something striking them in the face,” an FBI agent said in an affidavit. “The officers immediately retreat from the line, bring their hands to their faces and rush to find water to wash out their eyes, as described in further detail below and as captured in the following screen shots.”

Though Sicknick’s death is not mentioned in the charges, his injuries—and those of his comrades—are.

“The officers were temporary blinded by the substance, were temporary disabled from performing their duties and needed medical attention and assistance from fellow officers,” the FBI’s affidavit states. “They were initially treated with water in an effort to wash out the unknown substance from their eyes and on their face. All three officers were incapacitated and unable to perform their duties for at least 20 minutes or longer while they recovered from the spray. Officer Edwards reported lasting injuries underneath her eyes, including scabbing that remained on her face for weeks. Officers Edwards and Chapman also described the spray to their face as a substance as strong as, if not stronger than, any version of pepper spray they had been exposed to during their training as law enforcement officers. Officer Sicknick reported to his supervisors and colleagues that he had been sprayed in the face with a substance.”

First to appear in court today before the Northern District of West Virginia was Tanios, whose residence authorities indicated they planned to raid late on Sunday evening after 10 p.m. to avoid attempts to destroy evidence.

“Law enforcement believes there is a great likelihood that once Tanios is in custody friends, family members, or co-conspirators may seek to destroy evidence at the premises, business, or in the vehicle,” the FBI wrote in an affidavit seeking to authorize a search warrant.

The Justice Department said that Khater was arrested as he disembarked from an airplane at Newark International Airport in New Jersey.

The FBI says that a tipster told them that Tanios and Khater knew each other and grew up together in Garden State, when responding to the wanted list of photographs from the day of the Jan. 6th siege.

Court papers refer to two anonymous witnesses, one of whom expressed being “100% sure” in identifying Khater, a former colleague, as subject 190 on the FBI’s wanted list.

According to the affidavit, a second witness expressed the same “100%” confidence in the identification of Tanios, number 254 on the FBI’s Capitol riot list.