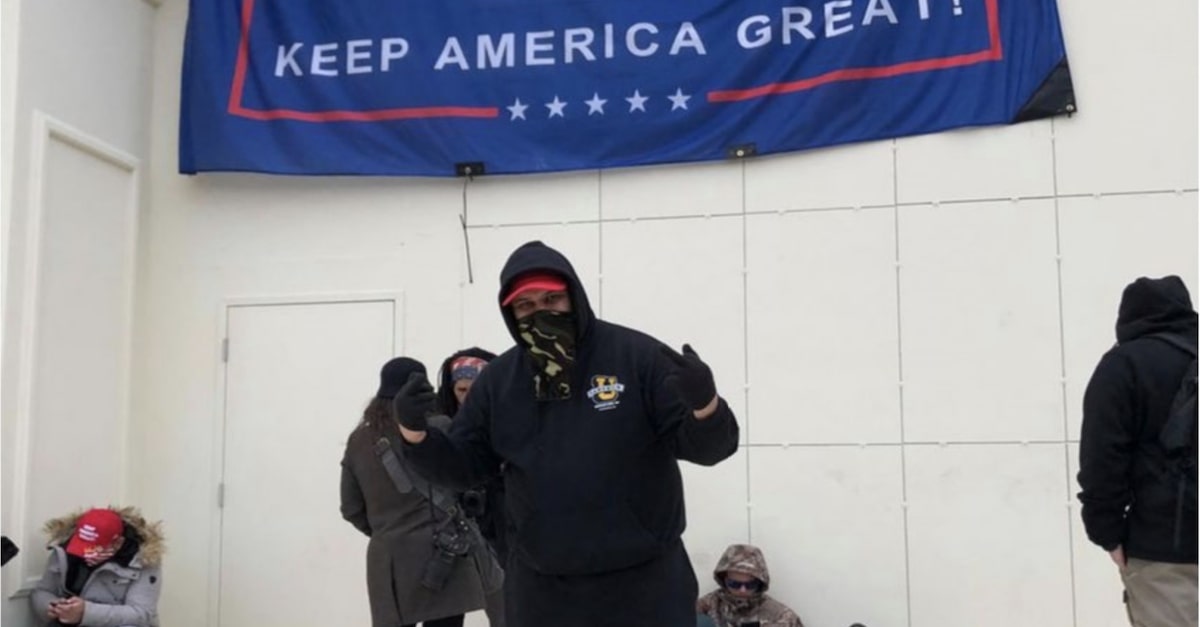 Federal prosecutors have recommended that one of the two men initially charged with a role in the assault on the late U.S. Capitol Police Officer Brian Sicknick receive a time-served sentence.

That rioter, George Tanios, was initially charged with multiple serious felonies in connection with the Jan. 6th attack on the U.S. Capitol, including assaulting law enforcement. Those charges received a serious downgrade at the time of his plea hearing last July, where Tanios ultimately admitted to a pair of misdemeanors: entering and remaining in a restricted building or grounds and disorderly conduct inside a restricted building or grounds.

Those two misdemeanors carried a maximum penalty of one year — and a recommended guidelines range of up to six months.

Prosecutors noted that Tanios has nearly served that amount of time already since his arrest: five months and six days.

“In the instant case, the Guidelines sentence will provide deterrence to Tanios it that it will discourage future criminal conduct,” Assistant U.S. Attorney Anthony Scarpelli wrote in a 28-page legal brief. “The goal of the government’s sentencing recommendation is that it will promote the respect the law and make more lawful decisions, and over have Tanios follow society’s norms.”

Though Tanios brought bear spray with him to Washington, D.C., prosecutors agree that he was not the man who ultimately deployed the chemicals on Sicknick and two other officers. His co-defendant, Julian Khater, ultimately pleaded guilty to that crime. Prosecutors previously alleged that the two of them worked together with the assault on Sicknick, who died the day after the attack on the Capitol.

“Tanios purchased two, 7.9-ounce canisters of Frontiersman Bear Spray,” the sentencing filing states. “Tanios also purchased two canisters of pepper spray. Tanios told the store employee that he and his companion (who turned out to be Khater) would carry the pepper spray on their person while in Washington, D.C., and they would put the bear spray in the car. Tanios later gave one of the pepper spray cannisters to Khater prior to arriving in Washington, D.C.”

The two other officers Khater sprayed are identified in court papers as U.S. Capitol Police Officer Caroline Edwards and an unidentified officer with the initials “B.C.” Edwards testified before the Jan. 6th Committee in June.

Neither the government nor the defense memos mention the names of Sicknick or the other officers.

“Today, Mr. Tanios is employed and lives an ordinary life with his family in Morgantown, West Virginia,” his attorney Elizabeth Gross wrote in a sentencing memo. “He has been fully compliant with the conditions of release and has had no further difficulties with law enforcement or the justice system. Mr. Tanios has minimal criminal history and did not have an aggravating role on January 6.”

A lawsuit filed by Sicknick’s estate depicts Tanios far differently, as one of the “violent” members of the “mob” egged on by former President Donald Trump to descend upon the U.S. Capitol and put their loved one in “mortal danger.” The lawsuit blames Trump, Tanios, and Khater for Sicknick’s “wrongful death.”