Virginia Man Pleads Guilty to Misdemeanor in U.S. Capitol Breach. After His Jan. 6 Arrest, He Was Also Charged with Sexually Abusing a Child. 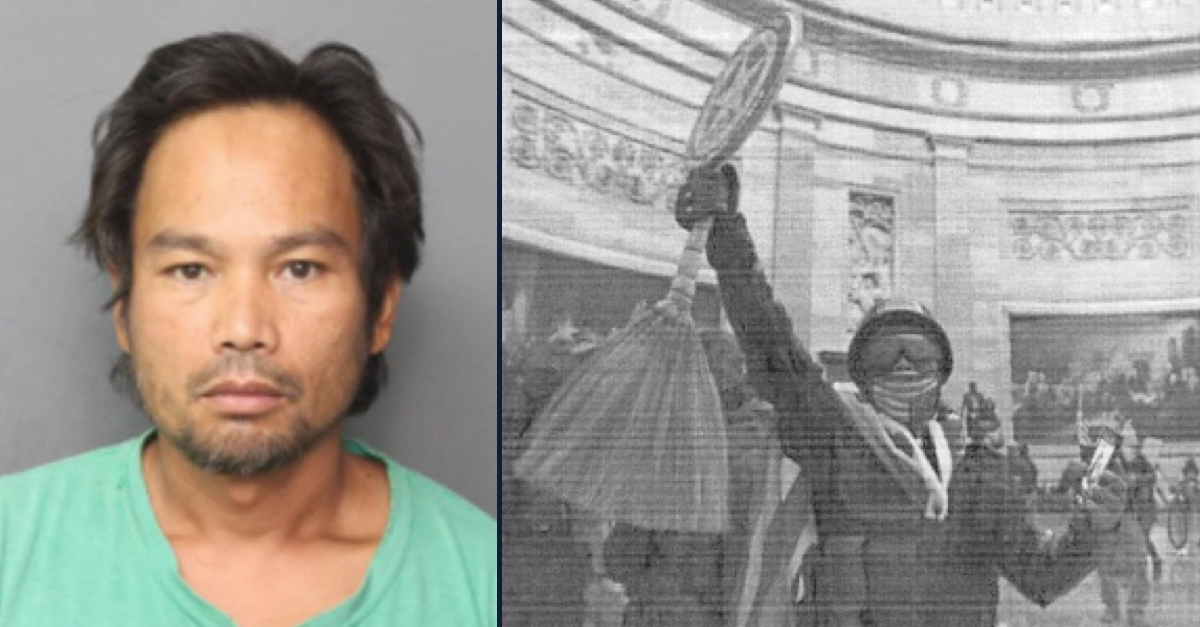 A Virginia man who was arrested and charged with sexual battery of a child months after his arrest for breaching the U.S. Capitol has pleaded guilty for his role in the Jan. 6 siege.

Kene Brian Lazo, of Norfolk, enthusiastically joined the mob of Donald Trump supporters who violently overran police and swarmed the Capitol in an attempt to block Congress from certifying Joe Biden‘s win in the November 2020 presidential election, according to prosecutors.

In a hearing before U.S. District Judge Christopher Cooper on Monday, he pleaded guilty to demonstrating, parading, and picketing in the Capitol building, a misdemeanor.

Lazo admitted to entering the Capitol building and spending around 30 minutes in the Rotunda and the Senate chamber.

Decked out in a helmet, goggles, other tactical gear, and an American flag draped around his shoulders, Lazo chanted “our house!” as he made his way into the building, prosecutors allege. According to social media posts ahead of the riot, he was apparently ready for a fight.

“[I]f shit his the fan [I] will get some dead guys [sic] gear and guns if it comes down to it,” he commented on Facebook, according to the complaint.

The pictures and comments Lazo posted to social media proved to be his undoing. According to prosecutors, the helmet Lazo was wearing bore the label “Rodbustars,” the name of the construction company he owned with his wife, which led investigators right to him.

Lazo told Cooper on Thursday that he no longer has his construction business “because of this issue,” presumably meaning his involvement in Jan. 6.

According to pictures included in the complaint, Lazo carried a small broom with a shield attached to it when he breached the Capitol building.

“[I] took a boi boi to the Capitol and swept the floor literally,” he wrote on Facebook on Jan. 7, after posting multiple pictures of himself inside the building.

Prosecutors say that Lazo’s use of the term “boi boi” was a a reference to “a Walis Tambo broom, commonly used in the Philippines.”

In an example of either clarity or irony, Lazo’s shield also declared “EXTREMIST GROUPS” as part of the “COUP,” a statement that has turned out to be true, as multiple militias and white supremacist groups were well-represented at the Jan. 6 siege. 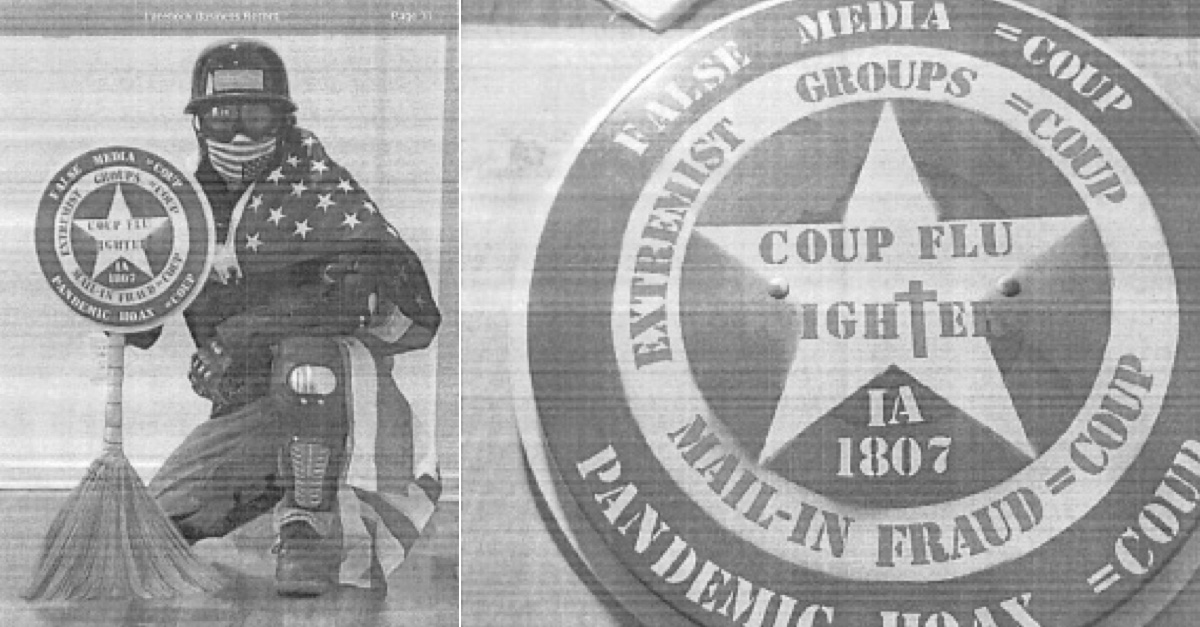 Lazo told Cooper, a Barack Obama appointee, that he emigrated from the Philippines with his family when he was around eight years old and became a naturalized citizen within a few years, although he could not remember exactly when.

Lazo could be heard throughout the hearing sniffling and crying. At one point, shortly after the hearing started, Cooper asked Lazo if he wanted to take a few minutes to compose himself and perhaps get a glass of water or a tissue.

Lazo was arrested on the Jan. 6 charge in May. Months later, he was arrested on significantly more serious charges: rape, aggravated sexual batter of a minor under 13 years of age, assault and battery of a family member, and other charges, according to local ABC affiliate WVEC.

At Monday’s hearing, Lazo’s attorney Ubong Akpan, of the federal public defender’s office, said that the abuse case had either been resolved or was close to resolving. The case was filed in the Juvenile and Domestic Relations District Court and information about it was not immediately available.

Lazo faces up to six months in jail on the parading and picketing charge, along with a potential fine. Under the plea agreement, he will pay $500 in restitution.

Read the federal government’s Jan. 6 complaint against Lazo, below.