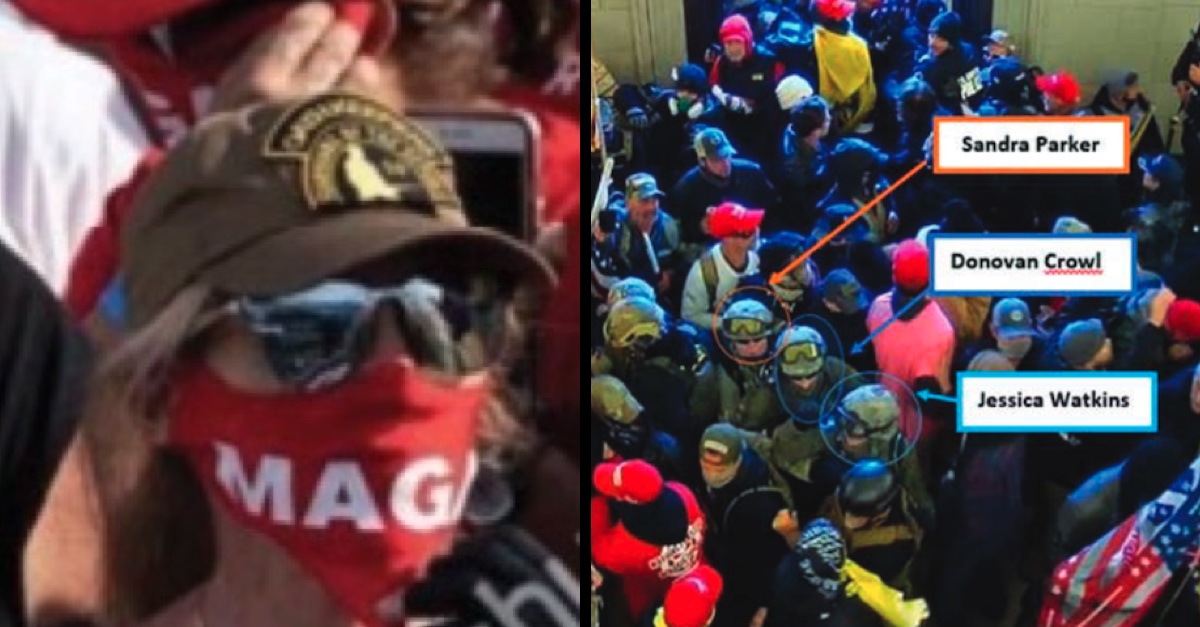 Six men and women charged in the sprawling Oath Keepers conspiracy case have been granted a lengthy postponement of their long-anticipated trial related to the Jan. 6 attack on the U.S. Capitol—but a federal judge is not happy about it.

“The court reluctantly grants the parties’ joint request for a continuance in view of the good cause established for a postponement,” Mehta wrote in a minute order on Friday.

“The court will set a firm trial date at the next status conference,” Mehta’s order said. “However, counsel should be aware that the earliest the court’s schedule will permit a month-long trial is, at present, November 28, 2022. All counsel shall block off November 28 through December 22, 2022, until a further discussion can be held about scheduling at the upcoming status conference.”

The attorneys’ motion to continue the trial date formalized the concerns they raised at a January status conference. At that time, the lawyers raised concerns about the amount of discovery in the government’s sprawling prosecution of those who perpetrated the Jan. 20 assault on the U.S. Capitol building, when scores of Donald Trump supporters overran law enforcement to breach the building in order to block Congress from certifying Joe Biden‘s win in the 2020 presidential election.

“This case date is going to hold,” Mehta had said in January. “At some point these cases have to go trial … I’m prepared to try in April and I think everybody else needs to get up to speed.”

The Crowl case is one of two multi-defendant prosecutions against members of the Oath Keepers, an anti-government, right-wing, extremist militia group, in connection with the Jan. 6 siege. Many in the group are former members of the U.S. military.

The other case charges Oath Keepers founder Stewart Rhodes and 10 others with seditious conspiracy, the most serious charges so far in the Jan. 6 prosecution. Rhodes and his co-defendants are charged with plotting to use force to charge the Capitol with an arsenal of firearms and other weapons, going so far as to prepare to ferry it across the Potomac in order to support the attack.

That trial is currently set for July. Mehta ordered Friday that Rhodes must be kept behind bars pending trial because he poses a “clear and convincing danger.”

Meanwhile, it appears that one of the defendants in the Crowl case is poised to have one of the conditions of her pretrial release loosened so that she can spend time with her aging parents.

In a motion filed Sunday, defendant Connie Meggs asked Mehta to allow her “to repeatedly weekly travel to Boynton Beach Florida to visit with her senior parents, she assists her mother because her father is now on Hospice.”

Meggs is asking to make a 3.5-hour drive to her parents in Boyton Beach, where she would spend four nights out of the week.

“Connie Meggs’ parents are senior, her father is ninety-four (94) years old and now on Hospice,” the motion says. “Connie visits to assist her mom.”

She would return home in Dunnellon to work on Fridays, the motion said.

It is likely that Mehta will agree to the Meggs’ request; according to her motion, Rakoczy, the prosector, doesn’t oppose it, and Pretrial Services also approves.

Connie Meggs is the wife of Kelly Meggs, the leader of the Florida chapter of the Oath Keepers and a co-defendant in the Rhodes case.