Virginia Man in ‘TEAM TRUMP’ Cowboy Hat Charged with Assaulting Police with Chemical Spray at the U.S. Capitol on Jan. 6 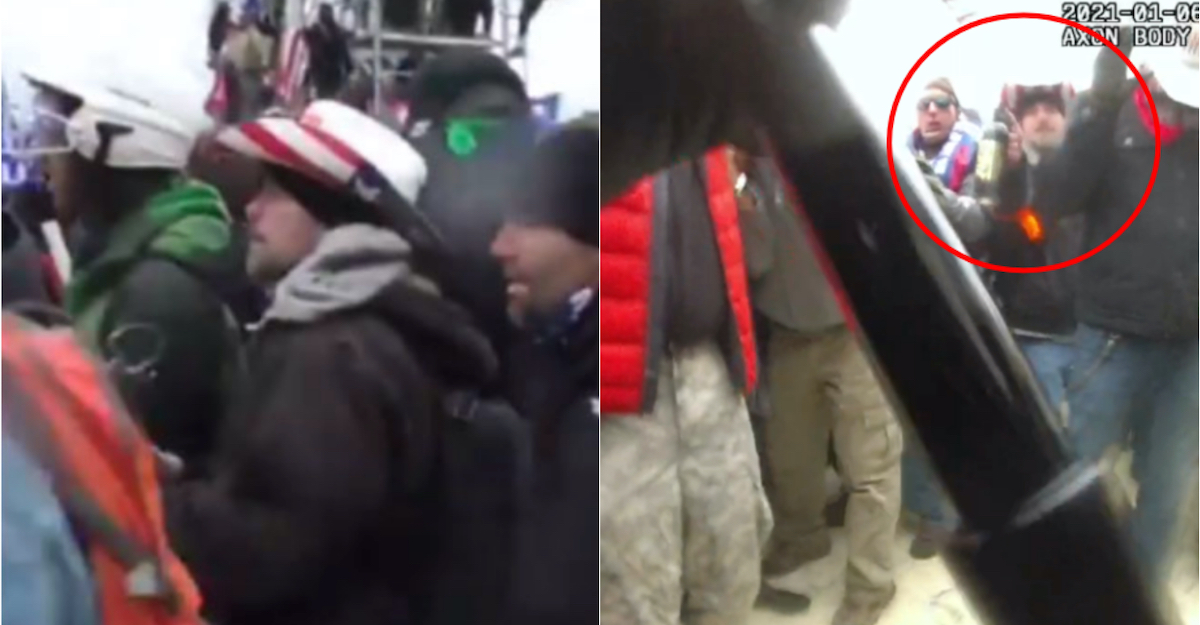 Joining the more than 225 people accused of assaulting, resisting or impeding authorities on Jan. 6, 2021, a Virginia man was arrested on Wednesday and charged with spraying chemical spray at a D.C. Metropolitan Police officer during the siege of the U.S. Capitol.

Markus Maly, a 47-year-old branded by online sleuths as #JohnSprayne, was spotted sporting a “white cowboy style hat with the words ‘TRUMP 2020’ printed on the front and what appears to be ‘TEAM TRUMP’ printed on the back.” Prosecutors say that he “carried a black canister that was consistent with what is commonly known as ‘bear spray’ or pepper spray.”

Like numerous Jan. 6 defendants, Maly allegedly boasted about his participation in the attack of the Capitol on social media, in posts that filled the pages of court papers.

Prosecutors say that Maly contacted his girlfriend on Facebook during the attack and told her “We took the fuckin capital.”

When his girlfriend expressed concern about the violence there, Maly replied: “I know… I’ve got stories though,” according to prosecutors.

“I was so fun…” Maly allegedly responded, before correcting himself: “It..”

The next day, Maly defended the Capitol attack, prosecutors say.

“There were lots of pissed off patriots there and we wanted our voices to be heard,” Maly allegedly wrote on Jan. 7. “I myself one [sic] of them. We were there to support President Trump and the voting process. A voting process that was hijacked and stolen from us.”

Donald Trump lost the 2020 presidential election to  Joe Biden, and more than 60 challenges to that result by the former president and his allies overwhelmingly failed in courts. Every recount and audit—including one performed by pro-Trump partisans in Arizona—confirmed that result.

“I Did Have a Riot Shield”

Prosecutors say Maly gave more details about his antics that day in a private message with a contact, who has not been publicly identified.

“No I didn’t go inside. I did have a riot shield but half way back to the bus a cop say [sic] me and took it from me,” Maly allegedly told the contact on Jan. 7.

After the contact allegedly responded “Should have stood your ground with it,” Maly replied: “I stood my ground and went back for seconds and thirds even,” according to court papers. 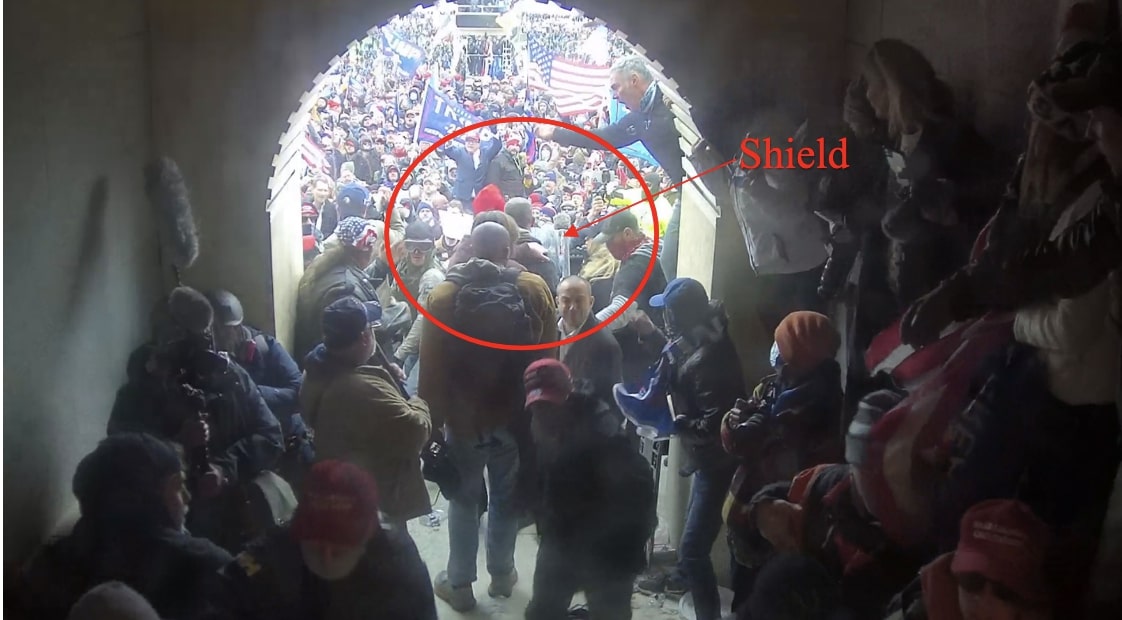 Prosecutors say Maly also allegedly posted photographs of himself at the Capitol.

Maly has been charged with assaulting, resisting, or impeding officers using a dangerous weapon or inflicting bodily injury, civil disorder, engaging in physical violence in a restricted building or grounds, and related offenses. The top count carries a possible 20-year maximum sentence.

According to the Department of Justice, more than 75 defendants have been charged with entering a restricted area with a dangerous or deadly weapon.

Several defendants have been charged with using bear spray, pepper spray, mace and other forms of chemical spray on police on Jan. 6. Prosecutors say others attacked police with a PVC pole, a flagpole, a Taser, a fire extinguisher, metal barricades and other weapons.

Trial has been set for Jan. 6 in the case of George Tanios and Julian Khater, two men accused of assaulting the late U.S. Capitol Police Officer Brian Sicknick with chemical spray on Jan. 6. Their case will go to trial in Neither of the men has been charged in connection with Sicknick’s death.

Read the FBI affidavit against Maly, below: