Illinois State Trooper Killed Wife, a Pre-K Teacher and Mother of 2, in Murder-Suicide Just Before She Planned to Leave Him for Good: Family 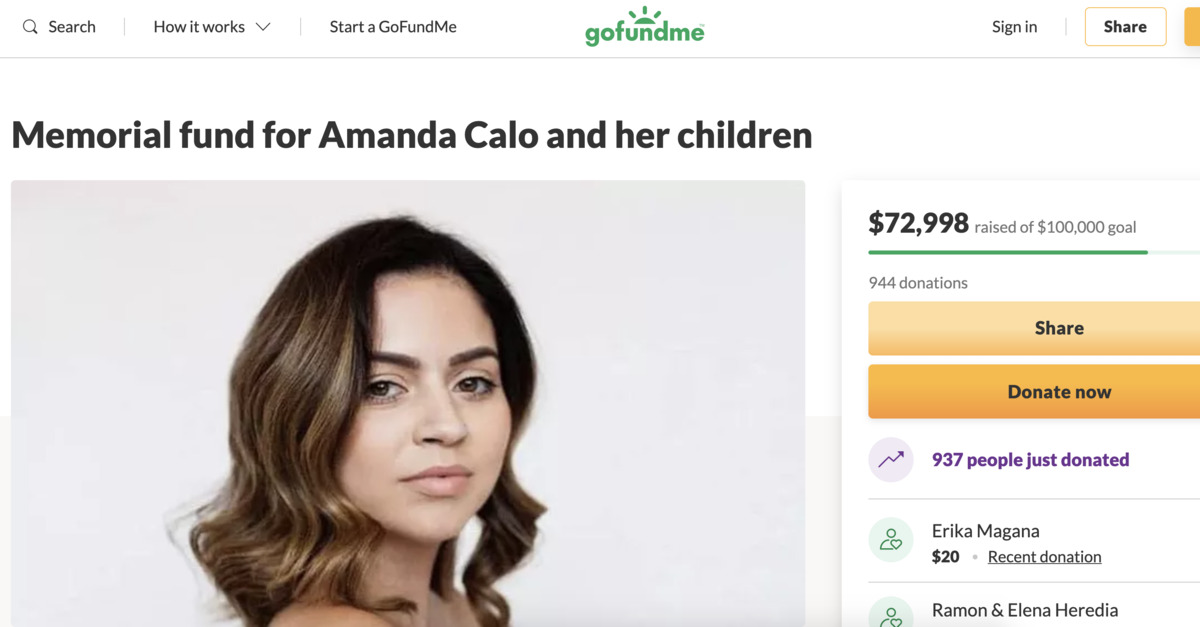 An Illinois state trooper shot and killed his wife before killing himself earlier this week in an apparent murder-suicide, authorities say.

According to the Illinois State Police, 30-year-old ISP Trooper Antonio Alvarez and 31-year-old Amanda Alvarez were found dead inside of a “non-department issued” car just before 1:30 p.m. on Monday.

The vehicle was just shy of the Indiana state line.

The injuries, the agency said, were “from gunfire.”

In a brief press release, the ISP said “Trooper Alvarez and the female were both pronounced deceased at the scene” and noted that the dead law enforcement agent was “a three-year veteran of the Illinois State Police.” The agency also said the Chicago Police Department would be handling the formal investigation into the deaths and that “any additional information will be released by CPD.”

According to the CPD, however, the car was discovered by a witness a little after 1:30 p.m. A gun was later recovered from the vehicle.

A call went out after that, authorities said, on the CPD scanner scanner for a 10-1, which signifies an officer in distress.

But authorities say it was the victimized woman who had long been in distress.

The Cook County Medical Examiner confirmed that the off-duty trooper was the gunman and ruled his death a suicide. Amanda Alvarez’s death was ruled to be a homicide.

According to local ABC affiliate WLS, citing the victim’s relatives, the couple was separated at the time and Amanda Alvarez planned to leave her husband for good when she was killed.

A witness found their bodies with gunshot wounds to the head.

The victim also went by Amanda Calo. She was a Chicago Public School pre-kindergarten teacher at Matthew Gallistel Language Academy on the Windy City’s East Side neighborhood. She was also a mother of two children, ages 1 and 4 years old.

The Chicago Teachers Union remembered their fallen member via Twitter and urged mourners to donate to her family’s GoFundMe:

Another devastating loss for one of our school communities as we mourn the tragic death of Amanda Calo, proud Chicagoan and Pre-K teacher at Gallistel ES. Amanda leaves behind two children in Myla (1) and Eli (4). Please find in your heart to support. https://t.co/lAvdlX9pED

“We need to wrap our arms around the family of ONE OF OUR OWN,” he tweeted independent of the union’s main account. “She leaves behind two young children. Go Fund Me is verified.”

The family’s fundraiser remembers Amanda Calo and outlines what the money will be spent on:

If you knew Amanda, you knew she was an absolute joy to be around. Her smile was infectious and her unmistakable laugh radiated in every room she walked into. She was loved by many and adored by classmates, friends and coworkers alike.

Many people have reached out wanting to know how they can support Amanda’s family. We set up this fund to do exactly that. Please know that every dollar raised will directly support Myla and Eli’s education, health and welfare. We hope this fund becomes a lasting tribute to a loving mother, daughter, sister and friend.

While we no longer will be graced with her presence, we hope to alleviate some of the financial burden during this time of need. Please consider donating if you can, to continue Amanda’s legacy of love and warmth through her family forever.

As of Wednesday afternoon, the GoFundMe has raised more than $75,000.