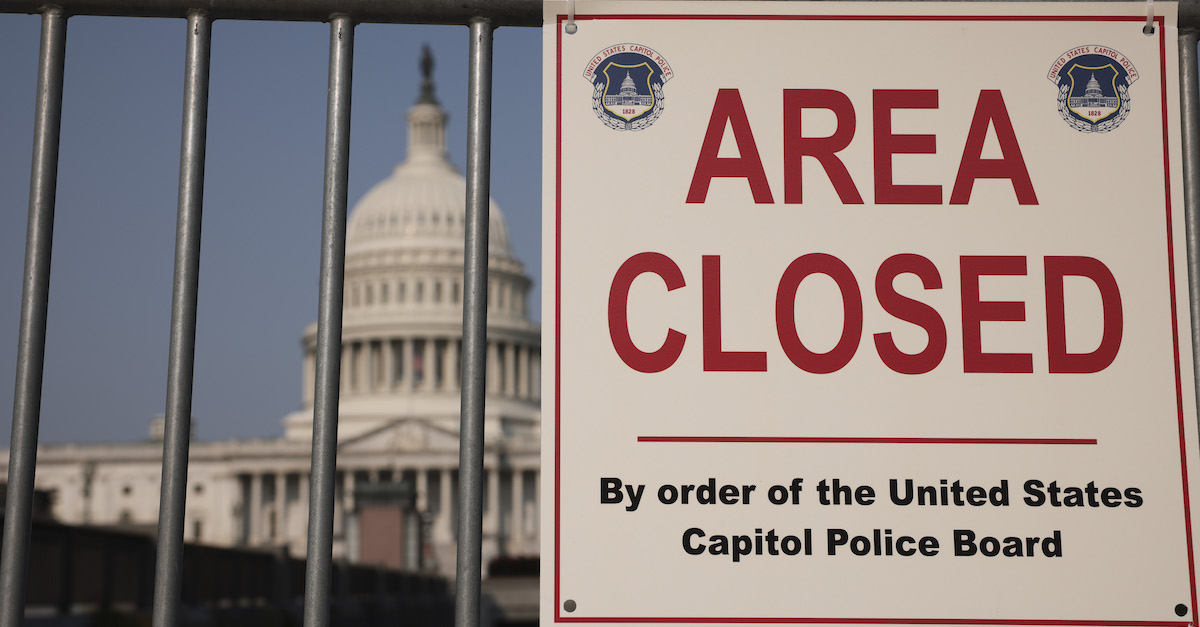 A U.S. Capitol Police officer pleaded not guilty to helping a Facebook friend scrub evidence of participation in the Jan. 6 siege of the complex he was sworn to defend.

Officer Michael Angelo Riley, who has more than 25 years of experience, allegedly helped a man he barely knew—known only as “Person 1” in his indictment but believed to be convicted U.S. Capitol stormer Jacob Hiles—delete his digital trail the day Jan. 6. On the day of the breach, Riley responded to reports of an explosive device near the Capitol complex, prosecutors say.

The day after, prosecutors claim, Riley sent a direct message to his Facebook friend warning him that posting escapades inside the Capitol was unwise.

“Hey [Person 1], im a capitol police officer who agrees with your political stance,” Riley told the man, according to the complaint. “Take down the part about being in the building they are currently investigating and everyone who was in the building is going to charged. Just looking out!”

Through his attorney David Benowitz, Riley entered not guilty pleas to the two counts of obstruction. A grand jury indicted him on Oct. 14, with charges that were unsealed a day later.

Unlike the hundreds of other Jan. 6-related cases, Riley’s indictment charges him with acts that allegedly took place after the siege of the U.S. Capitol. U.S. District Judge Amy Berman Jackson noted that it likely does not implicate the many terabytes of data from body-worn cameras and other materials requiring long and protracted discovery.

During the hearing on Tuesday, a federal prosecutor agreed and anticipated that discovery would be complete by the end of the week.

“Has there been a plea offer extended?” Judge Jackson asked.

“No, there has not,” the prosecutor replied.

Judge Jackson set a date for a follow-up hearing on Nov. 29.

Prosecutors say that Riley and the man he allegedly assisted did not know each other beyond both being “avid fishermen” and “members of fishing-related Facebook groups.”

After the man shared three more videos from inside and outside the Capitol with Riley, the police officer allegedly replied: “I get it…it was a total shit show!!! Just wanted to give you a heads up.”

“I[‘]m glad you got out of there unscathed[.] We had over 50 officers hurt, some pretty bad,” Riley is quoted as having added.

On Jan. 19, authorities arrested “Person 1,” and Riley allegedly deleted their Facebook correspondence a day later. The arrest date matches that of Hiles, a charter fishing boat captain whose description matches multiple details in the indictment. Prosecutors claim that “Person 1,” like Hiles, was seen smoking a marijuana cigarette inside the Capitol.

A U.S. Capitol police officer with the same name, initials, and time served on the force as Riley was named “Officer of the Month” in February 2011.

On Oct. 15, the day of his arrest, Riley was granted pre-trial release without objection by the government. The officer must notify pre-trial services about all travel outside Virginia, Maryland, and the District of Columbia, and he cannot contact a list of people believed to be witnesses in his case. He must also surrender any firearms.