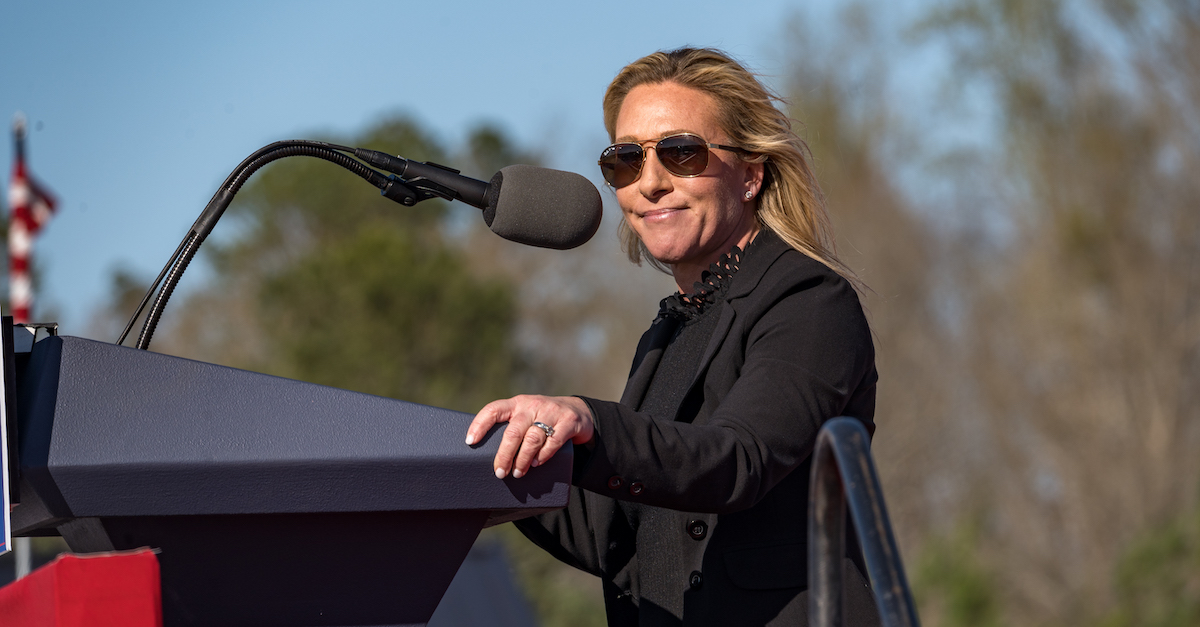 After the Jan. 6 attack on the U.S. Capitol, the non-profit group Free Speech for People has gone on a legal crusade across the United States seeking to ban certain candidates or elected officials from office under the 14th Amendment’s “insurrection” prohibition. Their previous efforts have targeted Rep. Madison Cawthorn (R-N.C.) and Rep. Paul Gosar (R-Ariz.) on the same grounds.

Though Cawthorn succeeded in blocking the challenge, Greene’s federal lawsuit seeking similar relief failed, and so the parties moved on to the next stage of proceedings: a hearing before an administrative law judge in Atlanta.

“This Is Not Theater”

“Your honor, this is a solemn occasion,” Fein said. “This is not politics. This is not theater.”

Fein began his statement with a centuries-long overview of insurrections in the United States, citing not only the Civil War but also such earlier incidents as the Shays’ Rebellion and the Whiskey Rebellion. The attorney emphasized the limitations of the evidence the challengers intend to present.

“The evidence today does not include surveillance tapes, purporting to show that Marjorie Taylor Greene was directing the plotting of the attack,” Fein acknowledged. “That’s not going to happen today.” 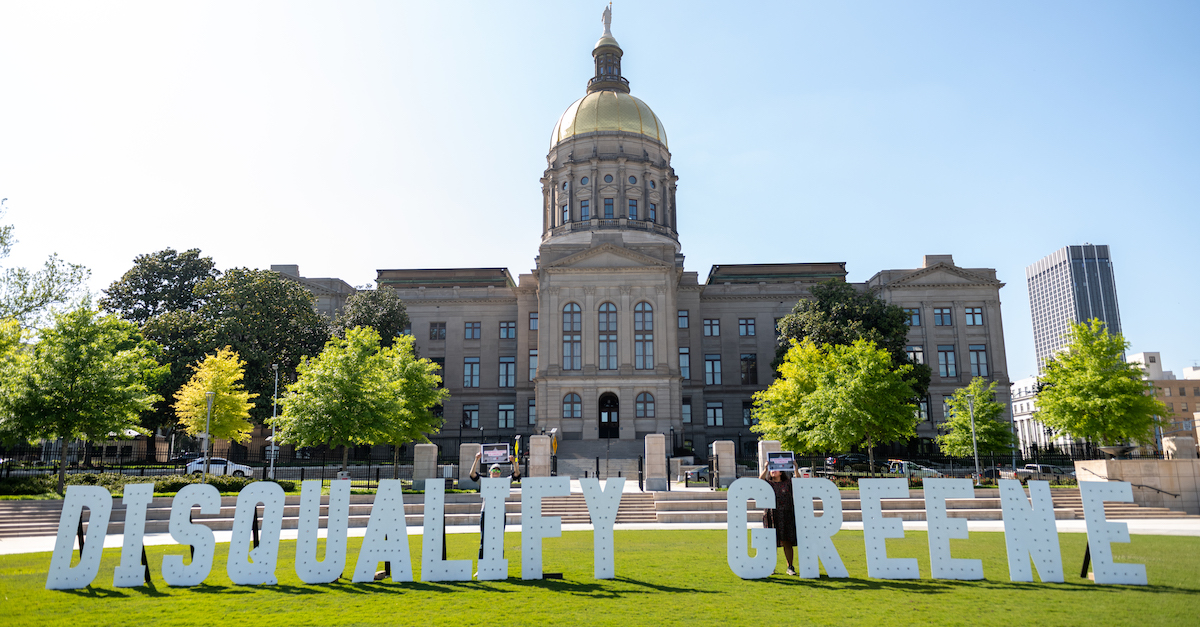 ATLANTA, GEORGIA – APRIL 21: Georgians spell out “Disqualify Greene” in front of the Georgia State Capitol in support of the challenge to Marjorie Taylor Greene’s qualification for the ballot under the insurrection Clause Of The 14th Amendment on April 21, 2022 in Atlanta, Georgia. (Photo by Derek White/Getty Images for MoveOn)

Nor, Fein added, would the evidence include a “turncoat witness” risking exposure by testifying about Greene’s alleged directives ordered in secret.

Quoting Greene repeatedly calling Jan. 6 a “1776 moment,” Fein suggested that she got her analogy wrong.

“In fact, it turned out to be an 1861 moment,” Fein charged. “Instead of violence against the foreign empire, as we saw it in 1776, she urged and encouraged and helped facilitate violent resistance to our own government, our democracy and our Constitution.”

In his opening statement, Greene’s attorney James Bopp characterized the challengers’ opening statement as long on rhetoric and short on the law. Bopp argued that the challengers did not define their terms in accusing his client of engaging or aiding in an insurrection, and he accused them of failing to grapple with the First Amendment implications of their effort.

“The right to vote is at stake, right here, right now,” Bopp declared.

A longtime counsel for Republican causes, Bopp led the Citizens United lawsuit which prompted the Supreme Court to loosen campaign finance laws, and he was one of the figures behind a quickly withdrawn spate of lawsuits intended to overturn the 2020 election results.

Parsing the relevant text, Bopp read the third section of the 14 Amendment in full:

“No person shall be a Senator or Representative in Congress, or elector of President and Vice-President, or hold any office, civil or military, under the United States, or under any State, who, having previously taken an oath, as a member of Congress, or as an officer of the United States, or as a member of any State legislature, or as an executive or judicial officer of any State, to support the Constitution of the United States, shall have engaged in insurrection or rebellion against the same, or given aid or comfort to the enemies thereof. But Congress may by a vote of two-thirds of each House, remove such disability.”

Despite calling the Jan. 6 attack “despicable,” Bopp argued that it was not an insurrection, noting that none of the hundreds of people indicted in connection with it has been charged with that federal crime. He also depicted Greene as a victim of it.

“Her life was in danger, she thought,” Bopp said. “She was scared and confused.”