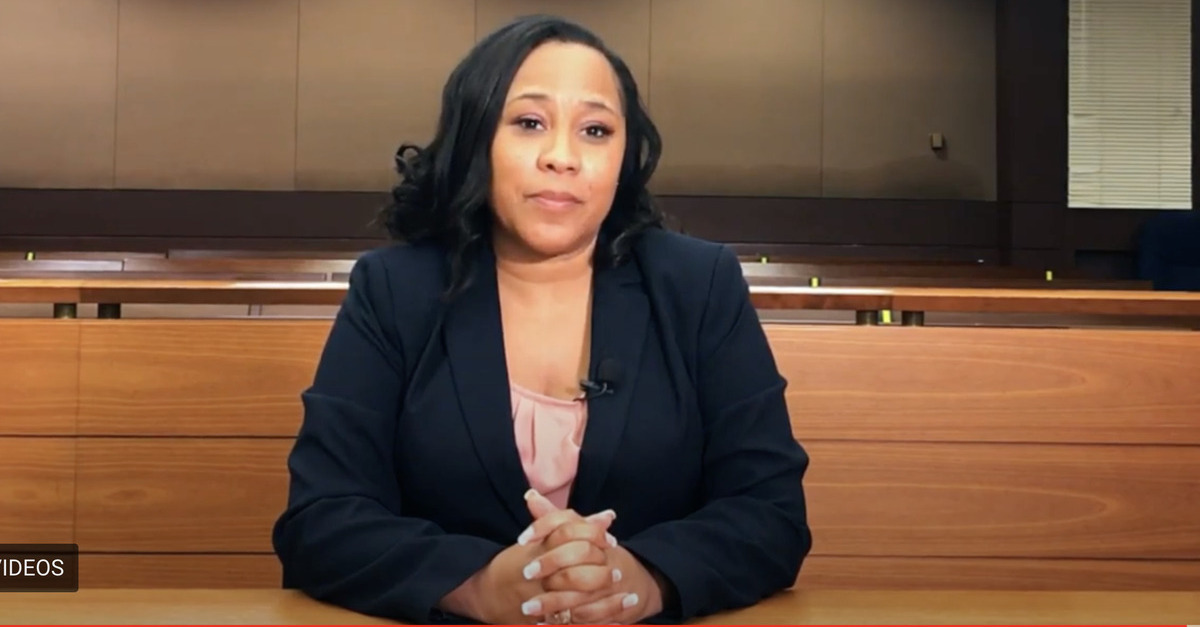 Fulton County District Attorney Fani Willis (D) sent out “target” letters to prominent Republican officials  informing them that they could be indicted in connection with a scheme to appoint an alternative slate of pro-Donald Trump electors in Georgia, Yahoo News reported on Friday.

According to the report, the recipients of the letters include state Sen. Burt Jones (R), who was Gov. Brian Kemp’s (R) running mate for lieutenant governor; David Shafer, the chairman of the Georgia Republican Party; and state Sen. Brandon Beach (R).

According to the Yahoo News report, Jones and Shafer participated in a closed-door meeting on Dec. 14, 2020, in which 16 Georgia Republicans appointed themselves as alternative electors without a legal basis. The report indicated that the meeting was sub rosa by design: Robert Sinners, the Trump campaign’s Election Day coordinator in Georgia, reportedly sent them an email before the meeting urging them to maintain “complete secrecy” and decline press inquiries about their gathering.

Jones, Beach and the Georgia GOP did not immediately respond to Law&Crime’s press inquiries.

Neither did the district attorney’s office.

“The target letters indicate that the potential prosecutions are broader than the call to Sec. of State Raffensberger and may lead to indictments of many in the near future,” Epner told Law&Crime.

In a phone interview, Epner — who prosecuted cases in the District of New Jersey and is now a partner at the firm firm Rottenberg Lipman Rich PC — emphasized that his expertise is not in Georgia law, but target letters usually aim to flip their recipients.

“Ordinarily, the reason that prosecutors send a target letter is to see if people want to come in to cooperate before they get charged,” Epner said.

Willis told Yahoo News in an interview that she was considering requesting Trump’s testimony under oath for the special grand jury, characterizing it as a potentially controversial move, but Epner noted that Trump has a history of fighting subpoenas to compel his testimony.

He doubted whether a simple request would move the needle.

Trump, his son Donald Trump Jr., and his daughter Ivanka Trump had been scheduled for depositions in New York Attorney General Letitia James’s (D) investigation on Friday morning, which were postponed after the former president’s first wife Ivana Trump died on Thursday. James’s office indicated that it would be rescheduled “as soon as possible,” though no new date has been scheduled as of press time.

The original July 15 date had been scheduled after Trump and his family unsuccessfully tried to quash the subpoena, then lost their appeals up to New York’s highest court.

If a case were to move forward against the recipients of the target letter, Epner said he would expect prosecutors to emphasize the secrecy surrounding the Dec. 14th meeting.

“The fact that at least some of the people who were involved were indicating that it needed to be needed to be kept secret is fairly strong evidence of consciousness of guilt,” he said. “They knew that what they were doing, if it were discovered, would be a problem. They may not have known it would be a criminal problem. They may have thought that it would simply be a problem as far as their ability to effectuate their scheme. But I would expect that if these people are prosecuted, that that would be brought forward as evidence that they knew at the time that what they were doing was illegal.”

Michael Harwin, a former federal prosecutor with the Northern District of Florida, emphasized that a “target” letter is nothing to be hand-waved.

“It’s serious,” Harwin told Law&Crime. “The DOJ manual describes an individual as a ‘target’ if the prosecutor or grand jury has ‘substantial evidence’ that the individual has committed a crime. They are considered a putative defendant.”

Both Harwin and Epner noted that prosecutors routinely differentiate “targets” from a mere “witness” — someone who merely knows about criminal activity — or a “subject,” which merely signals the possibility of a criminal prosecution.