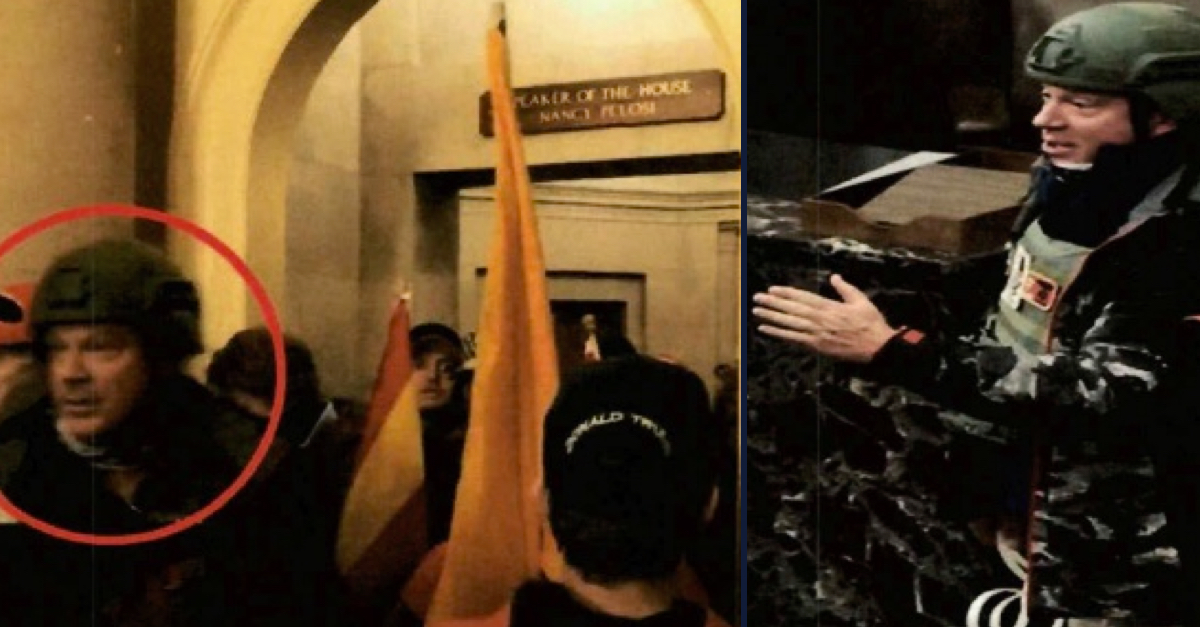 A Texas man whose ex-wife alerted federal authorities to his participation in the Jan. 6 attack on the U.S. Capitol after recognizing him in pictures of the insurrection has been convicted and faces up to 20 years in prison.

Larry Rendall Brock, 55, was charged with felony obstruction of an official proceeding and five misdemeanors related to trespassing and disorderly conduct. He was convicted Thursday by Senior U.S. District Judge John D. Bates following a bench trial that started on Monday.

Prosecutors say that Brock had joined the mob of Donald Trump supporters angry over Joe Biden‘s win in the 2020 presidential election. The rioters eventually breached the Capitol building, causing Congress to stop certifying the Electoral College vote and forcing lawmakers and staff to either evacuate or shelter in place.

Brock entered the Capitol at around 2:24 p.m. wearing a tactical vest and helmet, according to government evidence. He went to different areas of the building, including the Crypt and the Rotunda.

While at the Rotunda, Brock, who was photographed with a pair of plastic zip ties hanging from his waist, apparently “picked up a discarded pair of plastic flex-cuffs and kept them while in the building,” according to the Justice Department press release. He had reportedly said that he intended to give them to police, but had forgotten after putting them in his pocket.

Pictures also showed him standing mere feet away from the office of House Speaker Nancy Pelosi (D-Calif.), whose husband was recently violently attacked in their home by a right-wing conspiracist who was looking to “kneecap” the Speaker herself.

Brock left the building at around 3:01 p.m., nearly 40 minutes after entering.

Prosecutors noted that Brock had shared social media posts ahead of Jan. 6 in which he appeared to anticipate violence in the nation’s capital.

As Law&Crime previously reported, Brock was first flagged to federal authorities by his ex-wife, who recognized Brock, a retired Lieutenant Colonel in the U.S. Air Force, from pictures of the violent and chaotic events at the Capitol that day.

Online court records did not indicate whether Brock was taken into custody following the verdict, and his lawyer did not immediately respond to Law&Crime’s request for comment. Brock had previously been out on release pending trial.