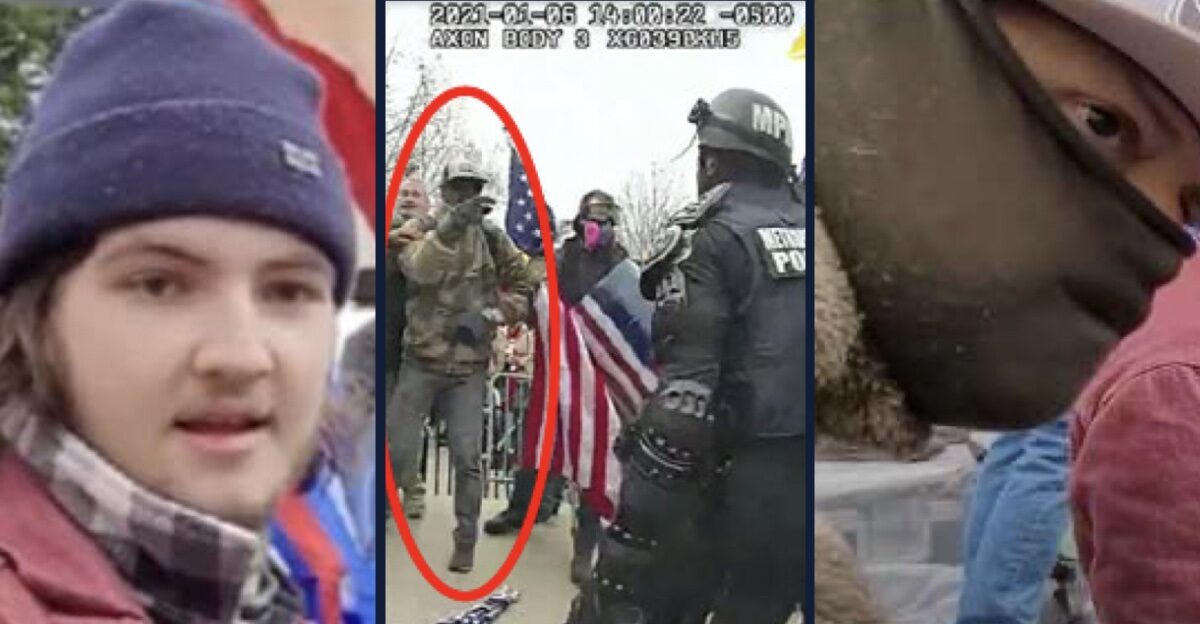 A 50-year-old father and his 22-year-old son from Blanco, Texas entered guilty pleas on Thursday, admitting they joined the pro-Trump mob on Jan. 6 and assaulted cops.

Jason Douglas Owens and his son Grady Douglas Owens, arrested in April 2021, each pleaded guilty to a count for assaulting, resisting, or impeding a law enforcement officer, felonies for which they could face up to 8 years in prison, according to the Department of Justice. Grady Owens additionally pleaded guilty to misdemeanor disorderly conduct.

The statement of offense for Grady Owens, which the defendant admitted is an accurate accounting of his actions, stated that he attacked Metropolitan Police Officer C.B., hitting the side of the cop’s body with a skateboard.

“According to court documents, on Jan. 6, 2021, both defendants illegally entered the Capitol grounds. At about 2 p.m., they were in the west lawn area. A group of officers walked through the crowd of rioters, on their way to the Lower West Terrace. As the officers walked by, Grady Owens turned, raised a skateboard in the air, and struck an officer on the side of his body. A skirmish then erupted between other officers and rioters, resulting in additional assaults by others of officers,” the DOJ said in a press release.

As other pro-Trump rioters began attacking police, Jason Owens joined the fray and “shoved” MPD Officer N.D. “hard enough to cause his head to snap back,” according to his statement of offense.

The father-son duo pointed and yelled at the cops after committing the assaults, court documents said. That was before they joined the mob that “attempted to push their way into the East Rotunda Doors without success,” DOJ said. Jason Owens attacked another cop M.B., and fought over his baton.

Authorities noted that Jason Owens denied committing any violence when he was initially interviewed by the feds.

Grady Owens’ plea agreement estimates a sentencing guidelines range of 37 to 46 months, or just over 3 and nearly 4 years behind bars. On Jan. 6, he recorded himself saying “We will not concede,” and “You can’t stop us.”

According to the feds, Grady Owens’ Instagram photo proved an effective way to confirm his identity.

An FBI special agent “conducted a review of Instagram User grady_owens_ Instagram account, which is open to public viewing, and noted the user was involved with Music Production courses of study at Full Sail University,” the affidavit in his case said.

From there, the special agent met in March 2021 with a university employee who confirmed that the Instagram photo showed Owens. The same witness looked at an image featured in a @SeditionHunters tweet and “immediately” identified Owens despite there being “[n]o identifiable information[…] present on the photograph shown.”

Another @SeditionHunters photo played a role in his downfall and capture as well, documents show. The elder Owens, pictured below inside a red oval, was caught in the image putting his hands on cops. His son was right behind him at the time. 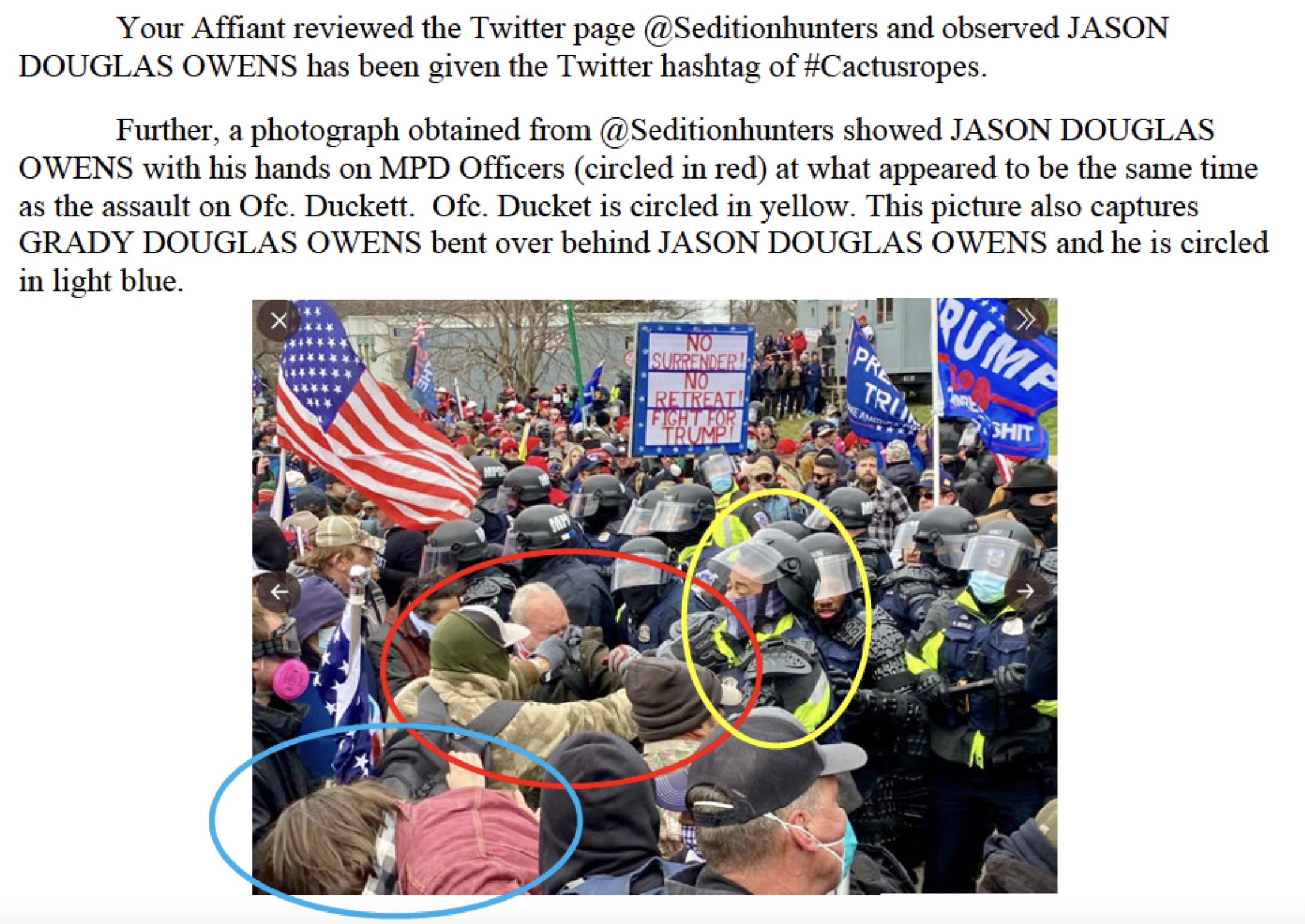