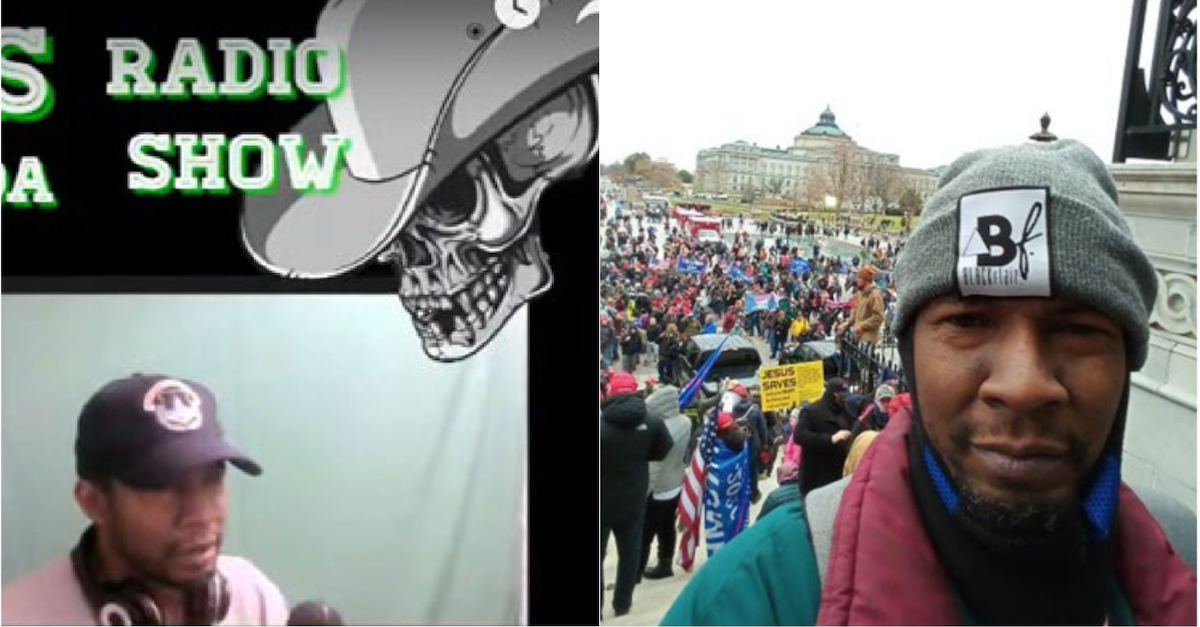 Darrell Neely, a host at the Global Enlightenment Radio Network, is pictured in an FBI affidavit accusing him of stealing a U.S. Capitol Police officer’s baseball cap, which is allegedly wore in the photograph on the left.

A right-wing radio host stole the baseball cap worn by a U.S. Capitol Police officer who defended Congress on Jan. 6 and wore it during a live stream of one of his broadcasts, federal authorities claimed in court papers released on Monday. Three witnesses who worked at his media outlet allegedly told the FBI that he boasted about stealing several other items from the officer and china plates from the building.

Charged under seal on Sept. 30, Global Enlightenment Radio Network host Darrell Neely was arrested on Monday, and court records show that three other people who worked with him at the radio station led the FBI to him. Those three witnesses each told authorities that they spoke to Neely on the day of the siege of the U.S. Capitol in video calls and a Facebook messenger chat.

According to the FBI’s affidavit, the witnesses claimed Neely suggested that he stole multiple items that day, including a U.S. Capitol Police officer’s belongings and china plates allegedly pilfered from the building.

This first witness told the FBI that “Neely displayed china plates that he insinuated were from the Capitol building and a jacket that he claimed was a U.S. Capitol Police jacket” during the second video call.

“While on the second call, Witness 1 also stated that Neely displayed a black/dark-colored jacket with a silver badge on the left front and white lettering on the back and that Neely claimed it was a U.S. Capitol Police jacket,” the affidavit continues. “In addition, on the second call, Witness 1 saw Neely display two china plates that were cream and maroon in color, with either a symbol or lettering in the center of each plate. Witness 1 thought Neely insinuated that the items were taken from inside the Capitol building.”

Both recounted that Neely mentioned on the second call that he allegedly acquired the U.S. Capitol Police officer’s jacket “as a souvenir.”

The second witness claims the alleged thefts came up during Facebook Messenger chats on Jan. 6 and 7, 2021.

According to the affidavit, Neely sent a “photograph of china plates, off-white to tan in color, with an eagle in the center” during a group chat on Jan. 7.

“Based on the communications from Neely that day, Witness 2 believed Neely was claiming to have stolen the china plates while in the U.S. Capitol building,” the FBI wrote. “Witness 2 did not observe a photo of the jacket.”

The third witness claimed to have seen Neely with the items in-person.

“The FBI Has Viewed Several of These Broadcasts”

The FBI says that Neely wore the stolen baseball hat during a video broadcast on his YouTube page—which agents were watching.

“In the following days, Neely broadcast about the events on his YouTube channel,” the affidavit states. “The FBI has viewed several of these broadcasts.”

Federal authorities traced down the unnamed Capitol police officer whose items they believe to have been stolen. That officer allegedly recounted removing these items during “decontamination from lacrimal spray”—and being unable to locate them later.

“In addition, your affiant and one other FBI special agent interviewed Neely on two separate occasions,” the affidavit states. “During the interviews, Neely stated he went to the Capitol to film the events because he felt the events were newsworthy. He also admitted to entering the U.S. Capitol building. Neely showed the interviewing agents several videos on his cell phone that he had taken during the events.”

Like several other Jan. 6 defendants, Neely was photographed smoking what appeared to be a marijuana cigarette inside the building. A photograph of Neely holding the alleged joint is embedded in court papers. 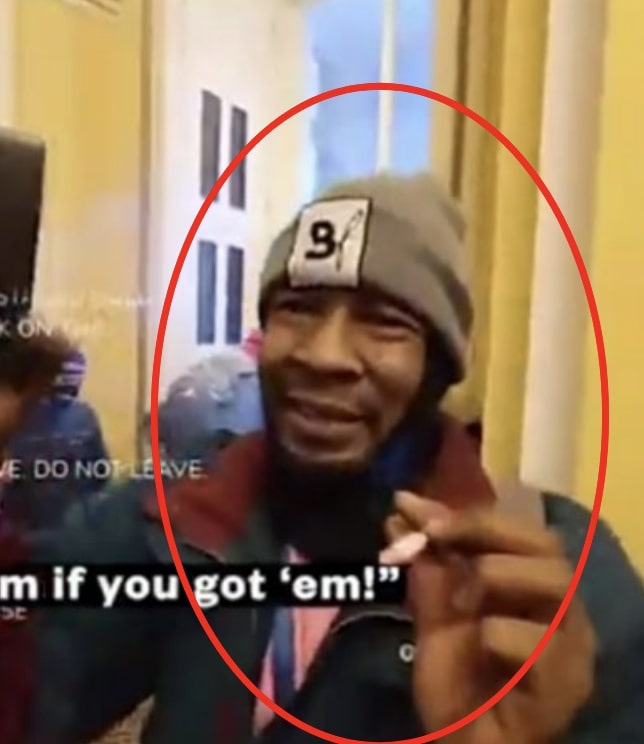 The FBI said found the screenshot of Neely and the cigarette after receiving a tip about open source video footage. Authorities say that they also identified him via surveillance footage inside the Capitol building.