N.J. Man Who Told Media in On-Camera Interview That He Witnessed Ashli Babbitt Shooting Is Cooperating with Feds After Pleading Guilty 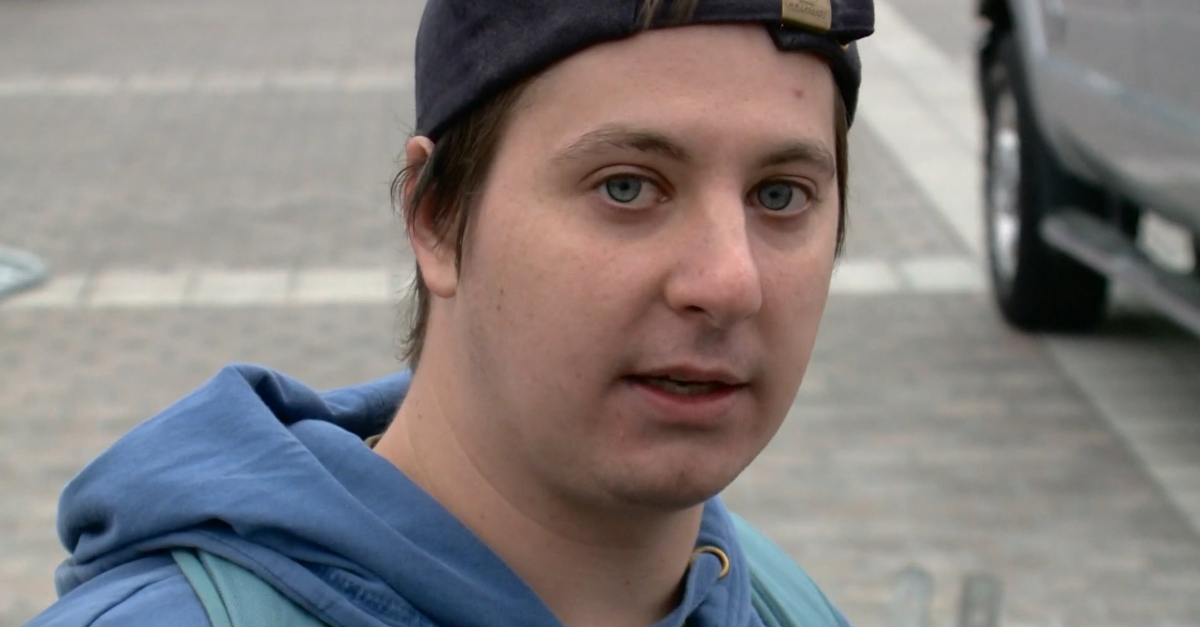 The New Jersey man who gave a self-incriminating interview on Jan. 6, telling a reporter that he was near Ashli Babbitt when she was shot outside the Speaker’s Lobby in the Capitol building, has pleaded guilty to a misdemeanor and is cooperating with the feds.

Thomas Baranyi, 30, pleaded guilty Thursday to a single charge of entering and remaining inside a restricted building.

That charge carries a potential jail sentence of up to one year.

Baranyi was arrested after giving an on-camera interview to local Washington CBS affiliate WUSA. During that interview, he said that he was inside the Capitol along with scores of Donald Trump supporters who swarmed the building in an effort to stop Congress from certifying the results of Joe Biden’s win in the 2020 presidential election.

“BARANYI began by showing the reporter blood on his hand, as shown in the screenshot below. When asked how he got blood on his hand, BARANYI explained that ‘[w]e had stormed into the chambers inside and there was a young lady who rushed through the windows. A number of police and Secret Service were saying get down, get out of the way. She didn’t heed the call and as we kind of raced up to try to grab people and pull them back, they shot her in the neck, and she fell back on me.’

When asked how he got out of the building, BARANYI stated that ‘riot police came in and started ushering us out with their sticks and stuff.’

BARANYI explained he entered the building on the side ‘with the scaffolding.’

BARANYI further explained that “we tore through the scaffolding, through flash bangs and tear gas, and blitzed our way in through all the chambers just trying to get into Congress or whoever we could get in to and tell them that we need some kind of investigation into this.’

At the plea agreement hearing Thursday, Baranyi admitted that he traveled from New Jersey to Washington on Jan. 6.

U.S. District Judge James Boasberg asked Baranyi if in the weeks leading up to Jan. 6 he had sent various texts about the election and Jan. 6, including one that said that politicians “have to be removed by force, that’s the only way,” and that it was necessary to “bludgeon through them.”

Baranyi said that he did.

Baranyi also confirmed to Boasberg, a Barack Obama appointee, that he had agreed to talk to law enforcement officers as part of his plea deal.

In addition to the entering and remaining in a restricted building charge, Baranyi has been charged with disorderly and disruptive conduct and parading, demonstrating, and picketing in a Capitol building. Those charges will presumably be dropped at his sentencing, which Boasberg set for May 6.