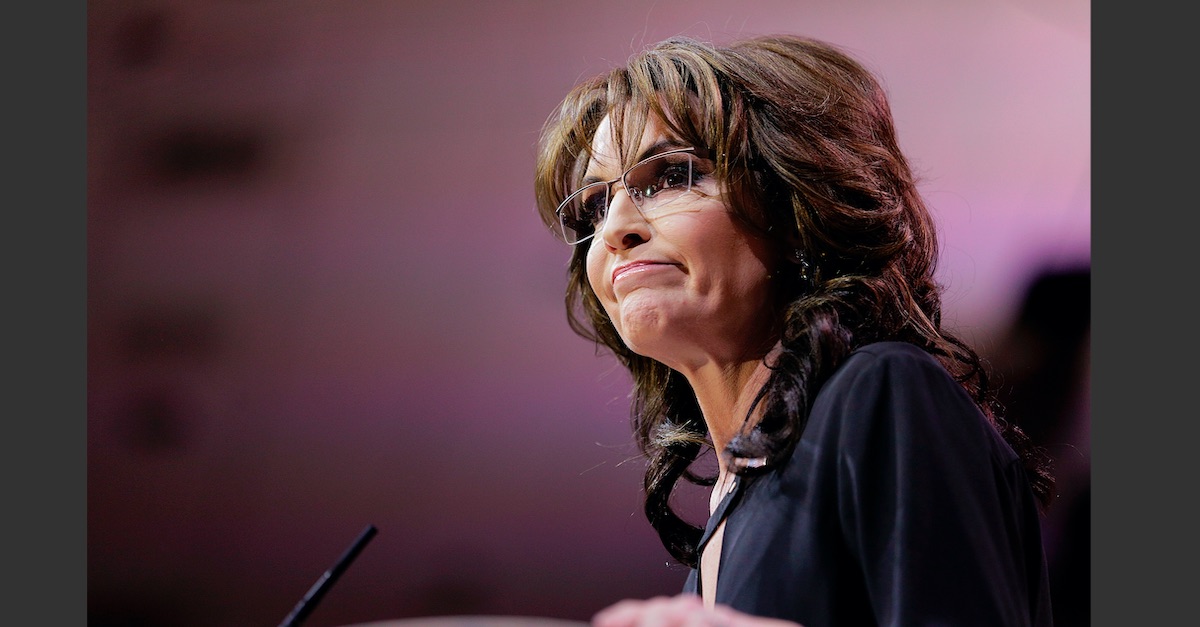 Announcing that she’s fully recovered from COVID-19, former Alaska Gov. Sarah Palin’s (R) defamation trial against the New York Times began on Thursday, launching proceedings that some advocates warn could be harmful to the health of a free press in the United States.

As opening statements began, attorneys for Palin and the Times invoked a politician on the opposite end of the political spectrum: Sen. Bernie Sanders (I-Vt.), whose name also appeared in the editorial at issue.

One of those districts belonged to Rep. Gabrielle Giffords, an Arizona Democrat whom Loughner shot. There was no evidence that Loughner knew about the Palin ad, and the Times quickly ran a correction. Palin, a tea party activist turned vice presidential contender on John McCain’s ticket, sued anyway shortly after that.

“He Had His Narrative”

Palin’s attorney Shane Vogt noted that Bennet’s editorial also knocked Sanders, by pointing out that one of his supporters opened fire on Republican lawmakers at a 2017 congressional baseball practice in Alexandria, Virginia. It was that shooting that prompted the Times editorial, which ran a day later.

Referring to the rush to blame Sanders, Vogt said of Palin: “She didn’t do that. In fact, she did quite the opposite.”

Palin publicly defended the democratic socialist senator, though he did not share her political beliefs, because they shared the experience of being falsely accused of connections to mass shootings, Vogt said.

“He had his narrative, and he stuck to it,” Vogt said of Bennet.

Only two sentences of the 12-paragraph editorial are under dispute: One says of the Loughner shooting that the “link to political incitement was clear,” and the next spoke of the map distributed by Palin’s committee.

The Times’s attorney David L. Axelrod told the jurors that the map sparked extensive controversy, even from Giffords herself.

“The Times had an important message to deliver,” Axelrod said.

Referring to why the editorial knocked both Palin and Sanders, Axelrod added: “The goal was to hold both political parties accountable, both the political left and the political right.”

Alexrod said that this treatment showed: “This wasn’t a political hit job.”

The disputed words ran on the site for a little more than 12 hours, before the Times added a lengthy correction.

The original version of the story can be found in an archived form.

As the Times lawyer tells it, the editorial board had no idea that the two sentences at the heart of the defamation suit would be misinterpreted by the public. He said that the paper acted quickly once Bennet learned of the “regrettable error.”

That position is crucial under defamation law, which mandates that a public figure prove that a news organization acted with “actual malice,” a standard established under the watershed Supreme Court precedent Times v. Sullivan.

When Senior U.S. District Judge Jed Rakoff initially dismissed the lawsuit in August 2017, he passionately defended the need for the press to be able to make mistakes without litigation.

“Nowhere is political journalism so free, so robust, or perhaps so rowdy as in the United States,” Rakoff wrote at the time. “In the exercise of that freedom, mistakes will be made, some of which will be hurtful to others.”

“Responsible journals will promptly correct their errors; others will not,” that ruling continued. “But if political journalism is to achieve its constitutionally endorsed role of challenging the powerful, legal redress by a public figure must be limited to those cases where the public figure has a plausible factual basis for complaining that the mistake was made maliciously, that is, with knowledge it was false or with reckless disregard of its falsity.”

Citing this high bar for defamation lawsuits, the Times reported that it has not lost a defamation case in a U.S. court in more than 50 years.

The Second Circuit, however, revived Palin’s lawsuit because of Rakoff’s unusual fact-gathering hearing that preceded the motion to dismiss. That ruling gave Palin access to internal communications showing that Bennet added the disputed language from the original draft of the editorial, which had a hyperlink to an ABC News article that reported: “No connection has been made between [the Map] and the Arizona shooting.”

Palin’s attorney argued that this hyperlink demonstrated that Bennet had an agenda—and ignored evidence contradicting it.

Bennet is expected to testify to give his own view of what happened, but the Times lawyer said the jury will learn that what happened was much more innocent.

“The Times made a mistake, and it acted quickly to correct that mistake,” Axelrod said.