Her Husband Boasted That She Became ‘Speaker of the House’ on Jan. 6. Now She’s Been Sentenced to a Year of Probation. 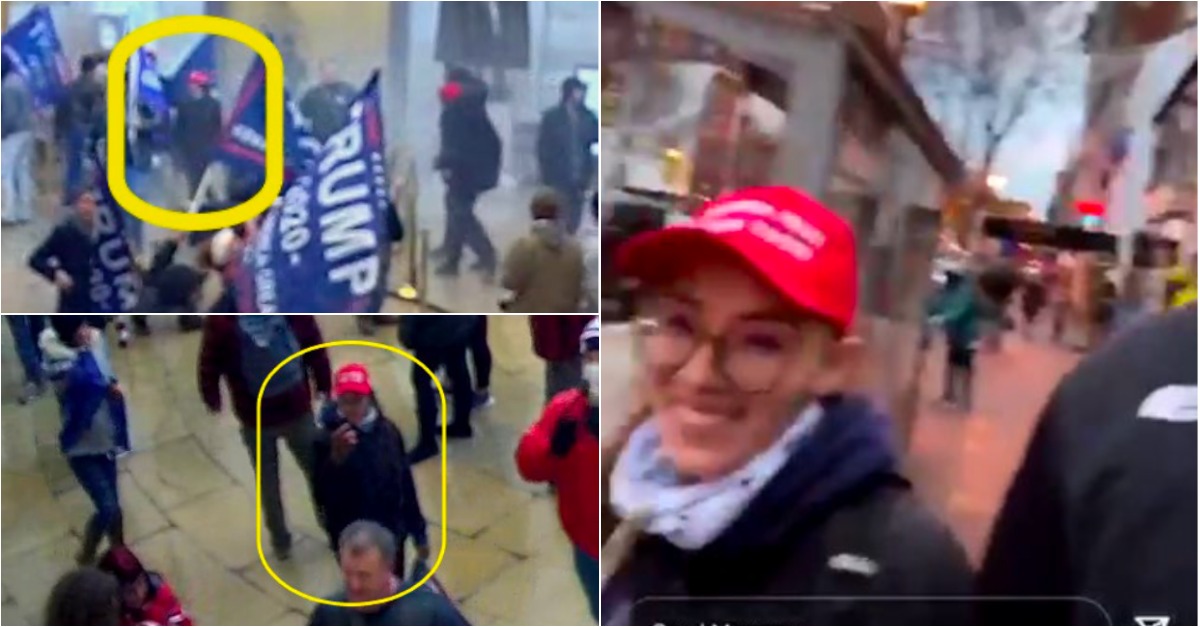 A Maryland woman whose friend said that she wouldn’t be held accountable for breaching the U.S. Capitol on Jan. 6 has been sentenced to probation.

Nicole Prado, 30, spent around 20 minutes inside the Capitol on Jan. 6, when scores of Donald Trump supporters overran police to breach the building in order to stop Congress from certifying Joe Biden‘s win in the 2020 presidential election.

Prado made her way to the first, second, and third floors of the building, and was inside the office of a top member of the House Appropriations committee. There, she saw a man drinking a beer that he had taken out of a refrigerator in that room, and that’s when she decided to leave.

U.S. District Judge Rudolph Contreras, a Barack Obama appointee, ultimately sentenced Prado to one year of probation, which would include two months of a curfew from 7:00 p.m. to 7:00 a.m.

He also ordered Prado to pay a fine of $742 in addition to the $500 in restitution for the damage done to the Capitol.

In investigating Prado’s role in the Capitol attack, the FBI discovered a private Instagram conversation about Prado between two then-unidentified people that took place on Jan. 7.

“[They] ain’t gonna go after Nicole,” one of the users, who is unidentified in FBI documents, said in a private Instagram conversation.

Prado’s husband was similarly effusive of Prado’s participation in the Capitol breach.

“Please meet the new Congresswoman…she was in the Capitol…She stormed the Capitol… She’s the Speaker of the House,” her husband said in a video posted to Instagram after she left the Capitol building.

Prado, who now lives in Florida, was arrested in June. She pleaded guilty in November to one count of parading, demonstrating, or picketing in a Capitol building, a misdemeanor that carries a potential 6 months in prison and $5,000 fine.

Prosecutors said that since entering the plea deal, they discovered that Prado had destroyed evidence, including a video she told the FBI showed a rioter spraying police with fire retardant. Prosectors said that Prado didn’t tell the FBI that she had actually saved the files, and she didn’t provide them to investigators until they interviewed her pursuant to her plea deal agreement.

Prado’s attorney, Joan Robin, pushed back on that contention at the sentencing hearing Monday, saying that Prado had taken the photos and videos off her phone and saved them on a thumb drive that Robin kept in her possession.

Contreras asked Robin if Prado’s actions with the thumb drive are similar to someone anticipating a search warrant being executed in their home and placing incriminating evidence in the trunk of the car in order to avoid detection.

Robin reiterated that Prado didn’t destroy evidence, and that Robin handed the drive over when the FBI requested it.

“The moment they asked for it, it was provided,” she said.

Robin also said that the people “most responsible for Jan. 6” are people “in positions of power” who engaged in misinformation campaigns, and that they are the ones who need to be held accountable for the events of that day.

“Overpunishing the least culpable defendants is counterproductive” to the goal of stopping future similar events from happening, Robin said.

Contreras said that although Prado took part in “mob violence” and that Jan. 6 “was not a peaceful event,” he believed that going forward, Prado “will not be emotionally swept up in irrational actions” again.