Georgia Man Who Recorded ‘Wild’ Events While Inside Capitol Building on Jan. 6 Pleads Guilty to Misdemeanor 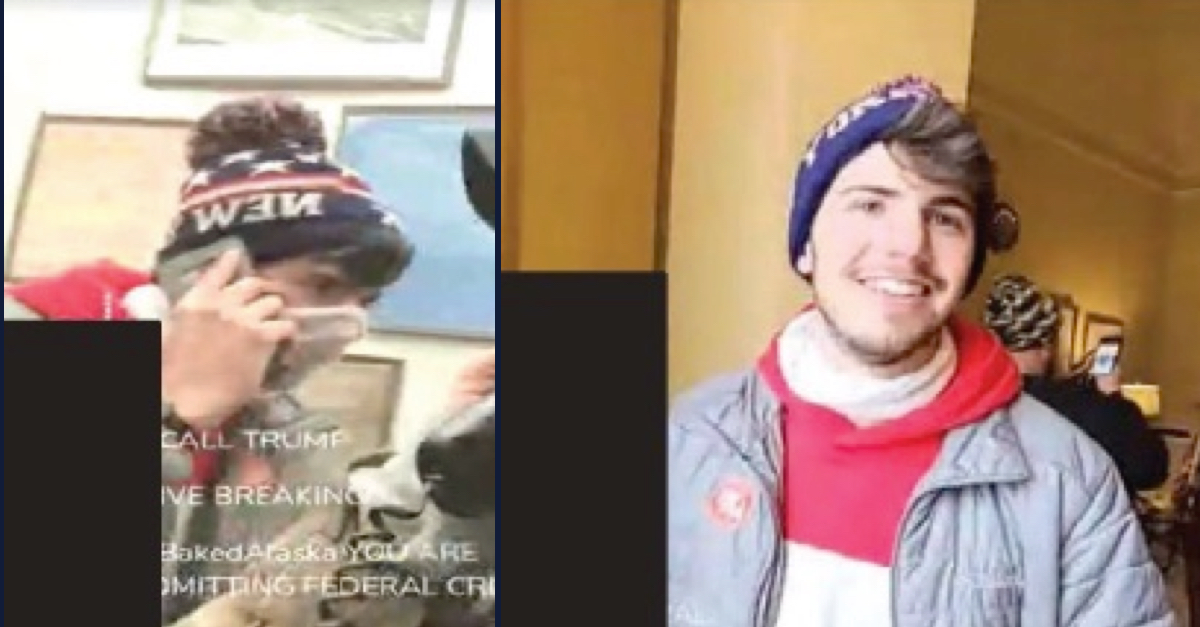 A Georgia man who went inside a senator’s “hideaway” office and a family lounge during the Jan. 6, 2021 attack on the U.S. Capitol has pleaded guilty to a misdemeanor.

Benjamin Henry Torre, 24, admitted that he climbed through a broken window to get inside the Capitol at around 3:00 p.m. after a violent mob of Donald Trump supporters had already pushed past police officers and swarmed the building in an effort to stop Congress from certifying Joe Biden‘s win in the 2020 presidential election.

Torre pleaded guilty Wednesday to one charge of parading, demonstrating, or picketing in a Capitol building. The misdemeanor is punishable by up to six months in jail.

Torre spent around 15 minutes inside the building on Jan. 6. While inside, he made his way to an area known as the Senate Spouse’s lounge. He also went into the “hideaway” office of Sen. Jeff Merkley (D-Ore.), who later said rioters not only damaged his office but also stole a laptop.

Torre wasn’t accused of damaging or stealing property. He admitted to walking around each room for a few minutes, taking pictures and commenting to others about how “wild” the events were.

In one video, Torre can be seen in front of a window which afforded a view of a police line outside the building.

“This is fucking wild man,” Torre said in the recording. “This is crazy. I’ve never seen anything like this before in my life. God dang, dude. I’ve been here so many times in my life, but never like this. Never like this.”

Torre eventually left the building by climbing through the same broken window he used to get inside. Prosecutors say that according to Torre, an officer told him and another person to exit through a door instead of a broken window “so they would not get injured.”

According to the criminal complaint against him, Torre told federal investigators that he expressed solidarity with police officers at the Capitol.

“We are here in support of you and we back the blue,” Torre claims to have told police that day. He also said that officers didn’t “stop, hinder, or do anything to keep people from inside the Capitol.”

Torre told the FBI that officers at the Capitol were “completely fine” with the “protestors” there on Jan. 6. He also said the police “helped us in the Capitol” and didn’t try to stop Torre from entering.

The implication that police officers welcomed the mob into the building has been repeatedly discredited.

Torre, who was identified to the FBI after appearing on a “Be on the Lookout” or “BOLO” flyer, admitted to federal investigators that he “told some people that he was at the Capitol” on Jan. 6, although he did not tell them “the full story.”

According to court papers, Torre also told investigators that he got “caught up in the moment” when he entered the Capitol on Jan. 6, and that “some day he could tell his children he was there that day.”