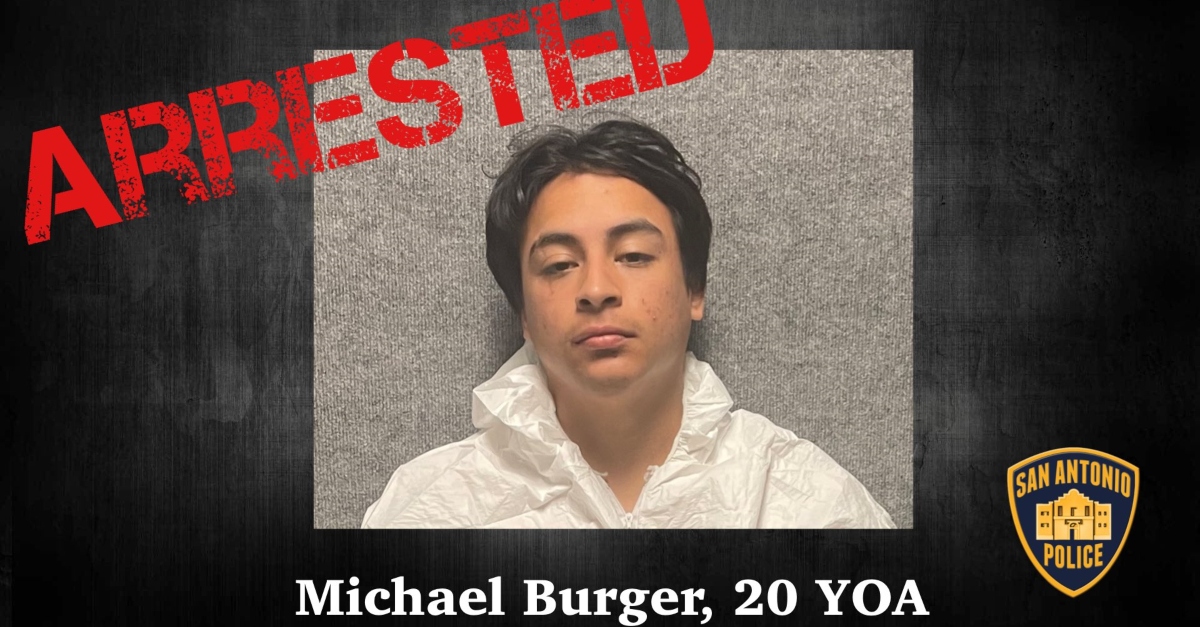 A man shot and killed two people outside an apartment, according to cops in San Antonio, Texas. Officers identified the shooter as Michael Vincent Burger, 20. As part of the preliminary investigation, police suggest that the victims were his parents, though they were still determining that as of Monday.

“Just now leaving the scene of a double murder at 3800 Parkdale Drive,” Chief Bill McManus said on Twitter. “An officer nearby heard the shots, quickly responded, and arrested the suspect. Motive? Possibly family violence. That’s preliminary at this time.”

Cops did not name the victims, with McManus only giving their ages as being in the “40s, 50s.” KENS 5 reported that the victims are a 56-year-old man and 58-year-old woman.

The San Antonio Police Department told Law&Crime on Monday that they cannot confirm the relationship between the victims and the suspect at this time.

An officer was across the street handling a traffic accident, McManus told reporters Sunday. He heard the shots, and people from inside had called as well. The officer found two people on the ground dead. That’s when he came across an armed man, later identified as Burger.

“[The police officer] notices an individual who was holding an AR and a shotgun,” McManus said. “And he ducked between two vehicles. The officer backed off a little bit. The guy popped up, and the officer fired a few rounds at him. None of them took effect. At that point, he gave up. He’s now in custody.”

The officer will not go on leave because he missed Burger, the chief said.

Chief McManus briefing media on a shooting at the 3800 block of Parkdale st. pic.twitter.com/NzkcwuOD7e