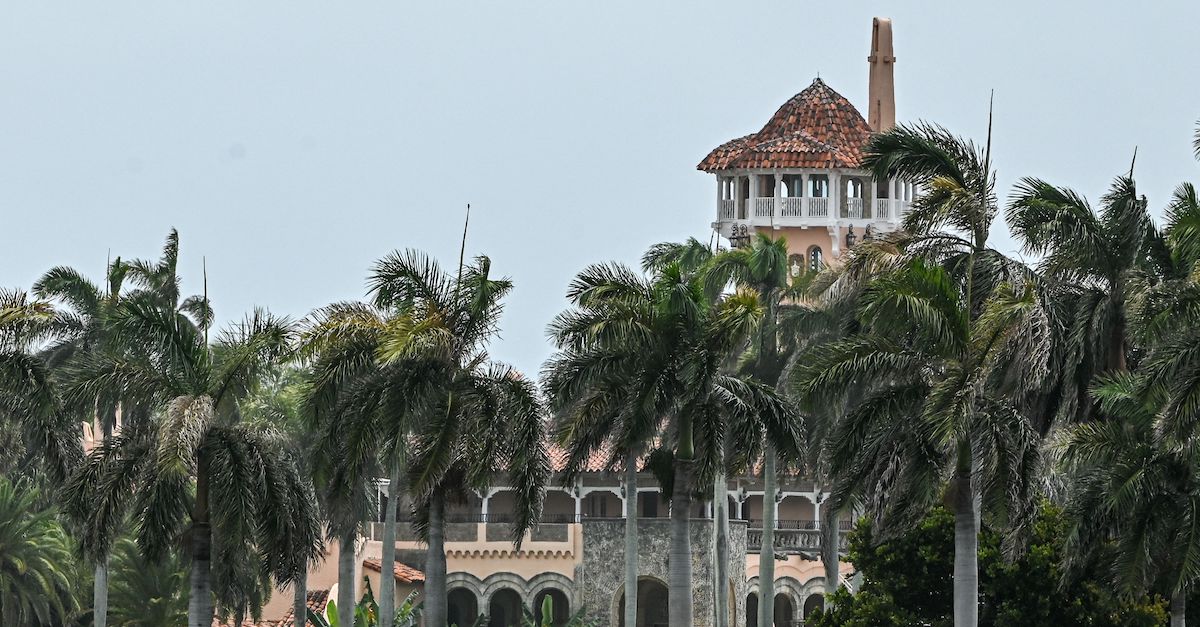 The residence of former US President Donald Trump at Mar-a-Lago in Palm Beach, Florida, on Aug. 9, 2022.

Former officials in Republican administrations whose input was rejected by the judge overseeing the case over the search at Donald Trump’s Mar-a-Lago home are hoping the 11th Circuit Court of Appeals will be more receptive.

A new proposed amicus brief supports the U.S. Department of Justice’s request that the appellate court partially stay the order to allow for continued review of seized classified documents and prevent the DOJ from having to disclose them to the newly appointed special master. It’s from former New Jersey Gov. Christine Todd Whitman and six former federal and state prosecutors, Donald B. Ayer, Gregory A. Brower, John J. Farmer Jr., Stuart M. Gerson, Peter D. Keisler and William F. Weld, and it builds on a brief they tried to submit in the court case last month that was rejected by U.S. District Judge Aileen M. Cannon, a Trump appointee.

While the previous brief said Trump’s request for a special master had “no legal support,” the new brief says Cannon’s order appointing one “does not grapple with the law.”

“Instead, it simply asserts that there is a ‘dispute’ about whether the records are actually classified and whether the former President has a possessory interest in classified records,” according to the brief. “As to the latter, the district court cited no authority or analysis for its apparent conclusion that a private citizen might actually have a possessory interest in classified records. And there is none. That error alone warrants reversal, and justifies a stay now.”

Whitman and the six other former officials, each of whom served under Republican administrations, are joined in the new brief by Alan Charles Raul, the current chair of Sidley Austin LLP’s privacy and cybersecurity practice and former vice chairman of the White House Privacy and Civil Liberties Oversight Board; Olivia Troye, a former homeland security and counterterrorism advisor to Vice President Mike Pence; and John B. Bellinger III, who was legal advisor for the U.S. Department of State and the National Security Council under President George W. Bush.

A motion accompanying the proposed brief says the group is “committed to ensuring that the rule of law and legal processes are respected and safeguarded in this country.”

“Amici include those well-versed in the U.S. Department of Justice’s investigatory procedures, both in connection with matters of great public interest and in cases involving the proper treatment of highly sensitive government documents,” according to the motion.

Their brief argues two key points. One is that Trump has no right to possess the classified records at issue because he’s a private citizen, a point they describe as “not controversial.”

“It was legal error for the district court to conclude that it was possible for the former President to succeed in establishing a possessory interest in Presidential records,” according to the brief, signed by Jay B. Shapiro and Brad S. Karp, who also signed the brief rejected by Judge Cannon.

Shapiro and Karp said Cannon “declined to address in any meaningful way the Government’s argument that the former President has no colorable claim of executive privilege in this case.”

As a result, the executive branch “has been enjoined from exercising one of its most critical core functions—an investigation into the possible criminal misuse of highly classified documents—on the basis of a belief by the district court that a former elected official may, at best, have a theoretical chance of prevailing on a claim of executive privilege that, to our knowledge, has never been accepted by any court in the county,” according to the brief.

More than half of the 11th Circuit’s active judges were appointed by Trump.

Read the full proposed brief below: