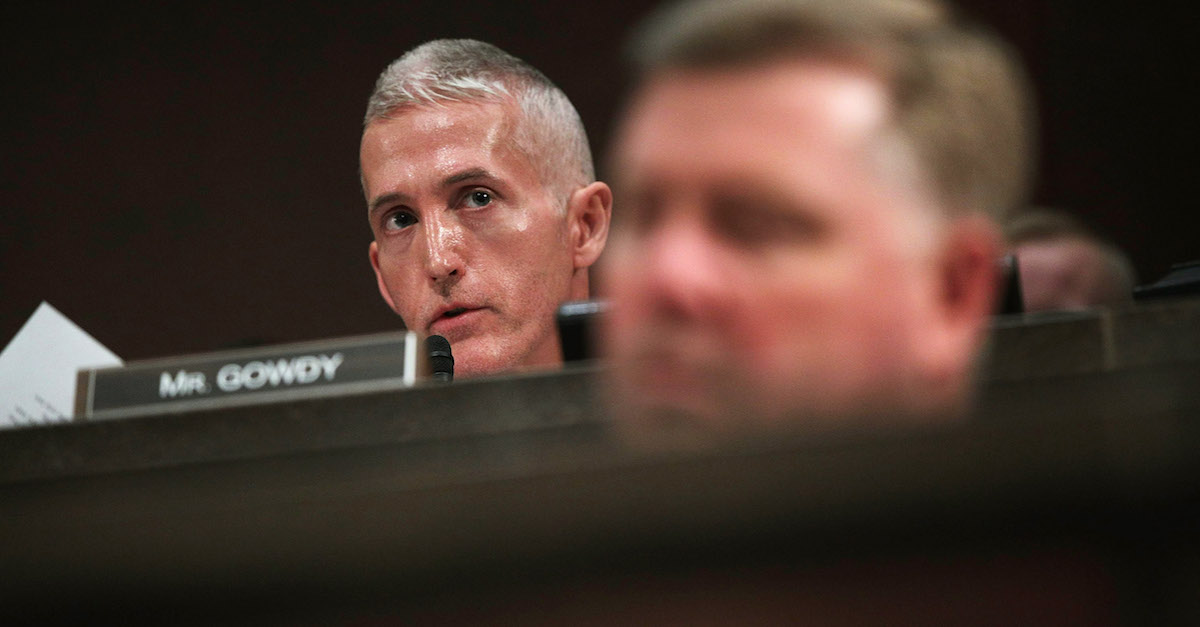 House Oversight and Government Reform Committee Chairman Rep. Trey Gowdy (R-S.C.) was furious after reading the findings of a lengthy report put together by the Office of the Inspector General (OIG) after the FBI’s handling of the Hillary Clinton Email Probe.

Gowdy, who’s had the chance to look at the report before it’s released to the public, said in a statement that he is “alarmed, angered, and deeply disappointed” by “numerous failures by DOJ and FBI” in investigating potential Espionage Act violations by former Secretary of State Hillary Clinton.”

He said the report confirms the FBI made “unprecedented” invesitgative decisions and “deviated from traditional investigative procedures in favor of a much more permissive and voluntary approach.”

He said the investigation was “mishandled,” called Comey’s July 2016 press conference announcing that “no reasonable prosecutor” would bring charges against Clinton a “serious violation of policy and process,” and that Comey’s late Oct./early Nov. 2016 letters to Congress were “delayed in substance and unnecessary in form.”

Comey sent a letter on Oct. 28 announcing that the FBI would look deeper into the Clinton Probe when new emails were discovered on Anthony Wiener‘s laptop. On Nov. 6, two days before the election, Comey once again cleared Clinton.

Gowdy on DoJ IG rpt on '16 election: The treatment afforded to former Secretary Clinton and other potential subjects and targets was starkly different from the FBI's investigation into Trump campaign officials.

Gowdy: The report also conclusively shows an alarming and destructive level of animus displayed by top officials at the FBI. Peter Strzok's manifest bias trending toward animus casts a pall on this investigation. Bias is so pernicious and malignant

As Law&Crime reported earlier in the day, the IG report said Strzok sent a text to FBI lawyer Lisa Page that had the words “we’ll stop it” in it. What is “it,” you ask? A Donald Trump presidency from occurring.

How do we know? Page sent a text asking “[Trump’s] not ever going to become president, right? Right?!”

It is notable that Gowdy recently defended the FBI after a story about an “informant” inside the Trump campaign spread like wildfire, though President Donald Trump himself has on more than a few occasions pushed that conspiracy and said it was “bigger than Watergate.”

Gowdy said that Trump would actually be happy when he found out what happened regarding the so-called “spy.”

“I think when the president finds out what happened, he is going to be not just fine, he is going to be glad that we have an F.B.I. that took seriously what they heard,” he said. “I am even more convinced that the FBI did exactly what my fellow citizens would want them to do when they got the information they got and that it has nothing to do with Donald Trump.”