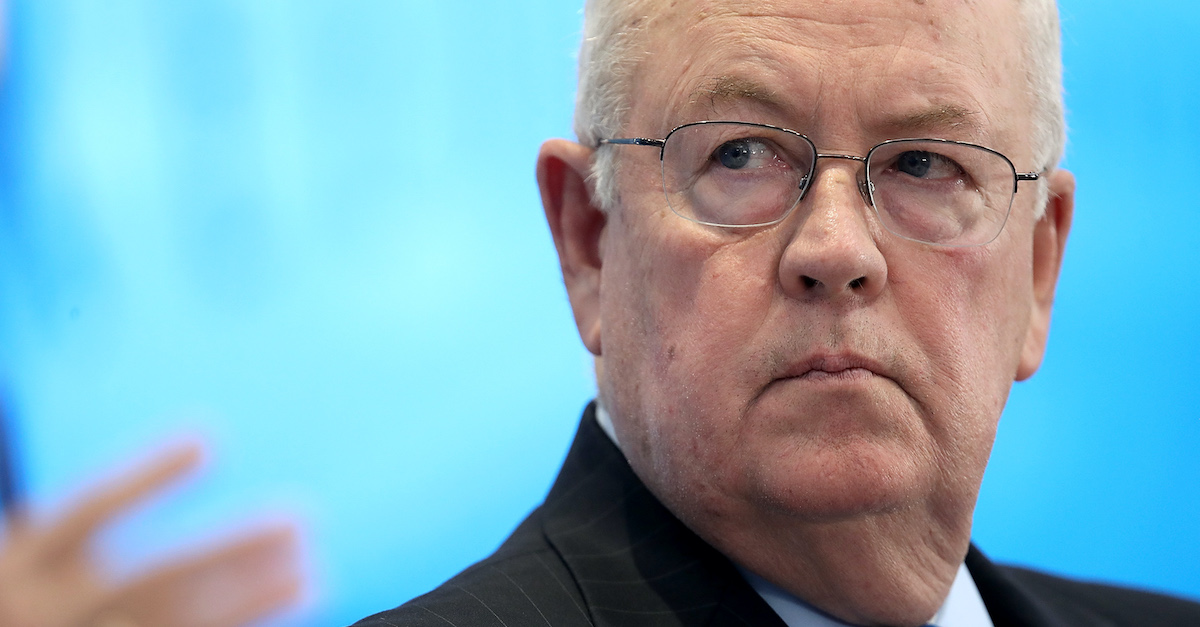 “The court is never a partisan for either the prosecution or the defense; it must never assume the mantle of prosecutor or defense counsel,” the group argued. “Moreover, the separation of powers precludes the court from exercising executive powers.”

The controversy stems from Sullivan’s decision to not immediately grant the DOJ’s motion to drop the criminal case against Flynn despite the retired lieutenant general having twice pleaded guilty to lying to the FBI. Instead, Sullivan invited outside interested groups to file briefs with the court and appointed retired federal judge John Gleeson to present the arguments against the DOJ and to examine whether Flynn should be held criminal contempt of court for perjuring himself over the course of his prosecution.

The crux of the group’s argument centers on how the court should interpret Rule 48(a) of the Federal Rules of Criminal Procedure which provides that “[t]he government may, with leave of court, dismiss an indictment, information, or complaint.”

“The D.C. Circuit emphasized that these ‘settled principles counsel against interpreting [Rule 48] in a manner that would impinge on the Executive’s constitutionally rooted primacy over criminal charging decisions,’” the brief stated, quoting from U.S. v. Armstrong. “Accordingly, the Rule’s ‘leave of court’ requirement has not been construed ‘to confer any substantial role for courts in the determination whether to dismiss charges.’ Instead, its purpose ‘has been understood to be a narrow one—to protect a defendant against prosecutorial harassment … when the [g]overnment moves to dismiss an indictment over the defendant’s objection.’”

The brief stands contra to one submitted last week by a group of 20 elite legal scholars including Harvard Law’s Laurence Tribe, Berkeley Law’s Erwin Chemerinsky, Cornell Law’s Michael Dorf, Chicago University’s David Strauss, and Trump nemesis/attorney and Lincoln Project co-founder George Conway. Heavily emphasizing the fact that Flynn twice stood before the court and admitted his guilt, the scholars rejected the notion that imposing a sentence without the support of the executive branch would conflict with the separation of powers doctrine or Rule 48(a).

The brief appeared to take direct aim at the arguments of the aforementioned amici.

“The ultimate flaw in the analyses of amici is that they are result-driven. The Court must be guided by neutral principles of law. Here, the law is clear; unless the Government is abusing the defendant – which is certainly not the case here – the Court has merely a ministerial act to perform: it grants leave to dismiss,” the brief stated. “Under the Constitution and the Federal Rules of Criminal Procedure, the role of the court in a criminal case is to safeguard the integrity of the judicial process, to act as a neutral umpire in contested legal issues, to protect the rights of the defendant, 12 and at sentencing to act as a voice for the community.”