The Supreme Court Agreed to Hear Two Cases on Tribal Sovereignty. Here Is What’s at Stake. 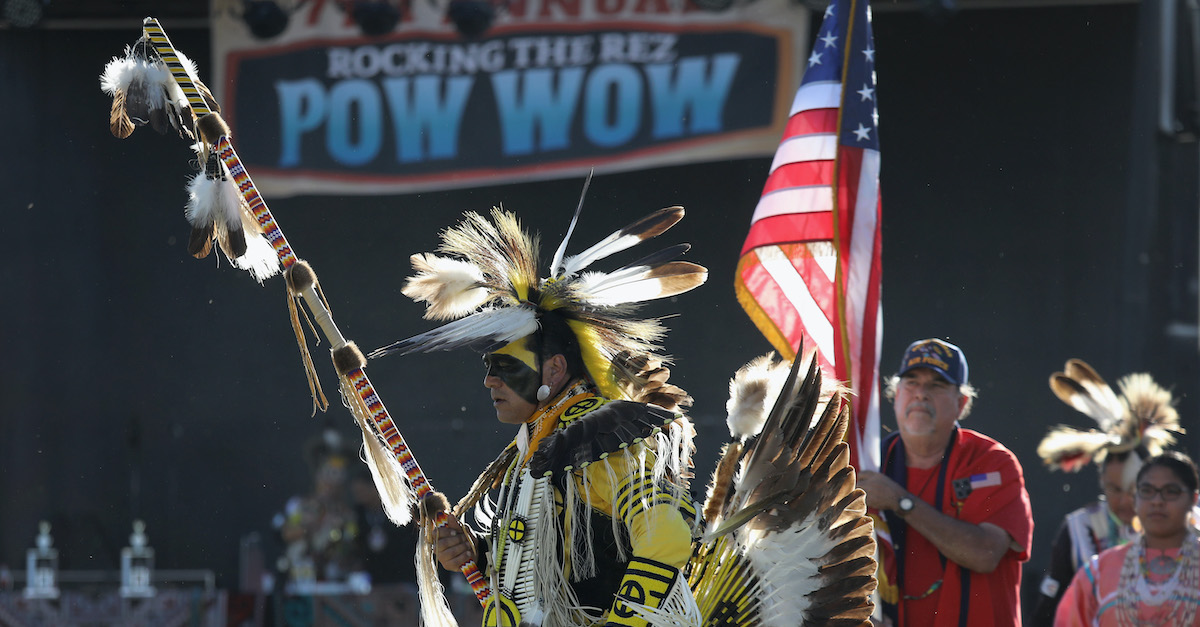 Last year, Justice Neil Gorsuch sided with the high court’s liberal wing in a watershed case in favor of Native American rights, and this emerging coalition will be closely scrutinized by court-watchers in the upcoming session.

The first case, Ysleta del Sur Pueblo v. State of Texas, seeks to resolve wrangling between an El Paso based tribe and the Lone Star State in the courts since 1993. Since its inception, Texas has had a long record of prevailing in court, obtaining rulings that federal law prohibited gambling on the Ysleta del Sur Pueblo and Alabama-Coushatta land. The Yselta del Sur Pueblo tribe is now known as the Tiguas.

In 1994, a Fifth Circuit Court of Appeals decision known as Ysleta I found in the Lone Star State’s favor, a decision that President Joe Biden’s administration recently told the Supreme Court was wrongly decided.

“That error has impaired the uniformity of a federal regulatory scheme, has uniquely disadvantaged two Indian tribes, and has generated repeated litigation and substantial confusion for nearly three decades,” Acting Solicitor General Brian Fletcher wrote this past August.

The Pueblo’s petition describes the questions presented as follows:

Whether the Restoration Act provides the Pueblo with sovereign authority to regulate non-prohibited gaming activities on its lands (including bingo), as set forth in the plain language of Section 107(b), the Act’s legislative history, and this Court’s holding in California v. Cabazon Band of Mission Indians, 480 U.S. 202 (1987), or whether the Fifth Circuit’s decision affirming Ysleta I correctly subjects the Pueblo to all Texas gaming regulations.

The Tiguas’s attorney Brant Martin did not immediately respond to Law&Crime’s request for comment on the Supreme Court’s granting his client’s petition.

On July 19, 2017, law enforcement arrested a Navajo man named Merle Denezpi about an alleged sexual assault of a woman who was also a member of the Navajo Nation. The woman claimed the incident occurred within the exterior boundaries of the Ute Mountain Ute Reservation in Colorado.

Authorities charged Denezpi in the Court of Indian Offenses (sometimes called a “CFR Court,” for the Code of Federal Regulations) with three offenses: terroristic threats, false imprisonment and assault and battery.

Denezpi entered into a plea deal for a so-called Alford plea—an equivalent of a guilty plea that does not include an admission of the alleged acts—on the assault and battery charge in exchange for a dismissal of the other counts on Dec. 6, 2017. He ultimately served a 140-day sentence, and he was indicted separately in the U.S. District Court for the District of Colorado roughly six months after his incarceration ended.

“The charge is based on the same conduct underlying the charges in the CFR Court,” Denezpi’s lawyer Theresa M. Duncan wrote in her 18-page petition.

Under existing “dual sovereignty” precedent, the U.S. government can prosecute a tribal member following a tribal prosecution for the same acts. Denezpi’s legal team concedes this, citing the 1978 case of U.S. v. Wheeler and 2004 case of U.S. v. Lara.

But Denezpi claims that his case differs from those precedents in that he was prosecuted by the Court of Indian Offenses, which he describes as an arm of the federal government.

The Tenth Circuit affirmed Denezpi’s conviction. His petition presents the Supreme Court with the following question:

Is the Court of Indian Offenses of Ute Mountain Ute Agency a federal agency such that Merle Denezpi’s conviction in that court barred his subsequent prosecution in a United States District Court for a crime arising out of the same incident?