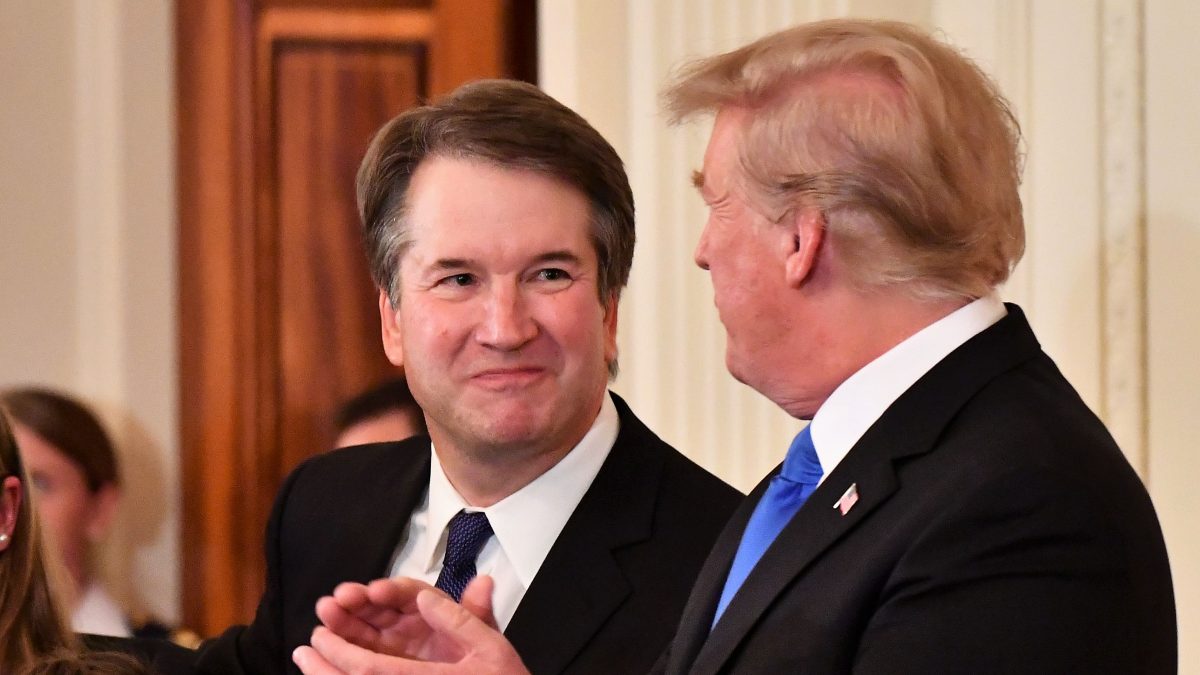 President Donald Trump‘s nominee to be the next justice of the Supreme Court of the United States once did something that maybe had the potential to greatly irritate President Trump: he voted to rule in favor of CNN in a 2017 case.

Trump’s long-standing feud with CNN has been the subject of uncountable Tweets and several verbal sparring matches with CNN reporters. Trump has called the network “Fake News CNN” and has pilloried its ratings.

The case worth noting, however, was a labor dispute. It arose because CNN retained an outside company to provide technical staffs at several locations. CNN decided to move those services in-house. The outside company’s unionized employees filed a claim with the National Labor Relations Board and accused CNN of engaging in unfair labor practices. CNN lost the case before an administrative law judge and lost again before the National Labor Relations Board. Those lower authorities both found that (1) CNN was a “joint employer” of the technicians and, therefore, had to honor their union contract; and (2) CNN moved the jobs in-house as a “successive employer” because it wanted to discriminate against the union.

The three-judge panel of the U.S. Court of Appeals for the D.C. Circuit flipped part of the case. Two of the judges, led by Judge Merrick Garland (remember him?), ruled partially in favor of CNN. Specifically, the Garland majority found (1) the NLRB departed from its own precedent by deeming CNN to be a “joint employer” and, therefore, that the case needed to go back to the NLRB for explanation; but (2) that the decision that CNN discriminated against union employees as a “successive employer” was a sound decision. Thus, under the majority view, CNN won on question one but lost on question two.

This brings us to Judge Brett Kavanaugh, the third judge on the panel, who is currently President Trump’s nominee to replace the retiring Justice Anthony Kennedy on the Supreme Court. In the CNN case, Judge Kavanaugh issued a partial concurrence and a partial dissent. Judge Kavanaugh ruled that (1) CNN was not a joint employer; and (2) CNN did not discriminate against union members as a “successive employer.” In other words, Kavanaugh ruled in favor of CNN on both prongs of the analysis:

On this record, I do not see substantial evidence that CNN, when making hiring decisions, discriminated against former [outside company] employees. The statistics suggest that CNN favored former . . . employees [of the outside company].

In other words, Kavanaugh thought CNN was a successive employer only under the traditional test — a decision which, had it gleaned a majority vote, would have saved CNN a lot of money.

Bottom line:  President Trump’s pick for the Supreme Court voted in favor of CNN not once, but twice. You can read the opinion here.