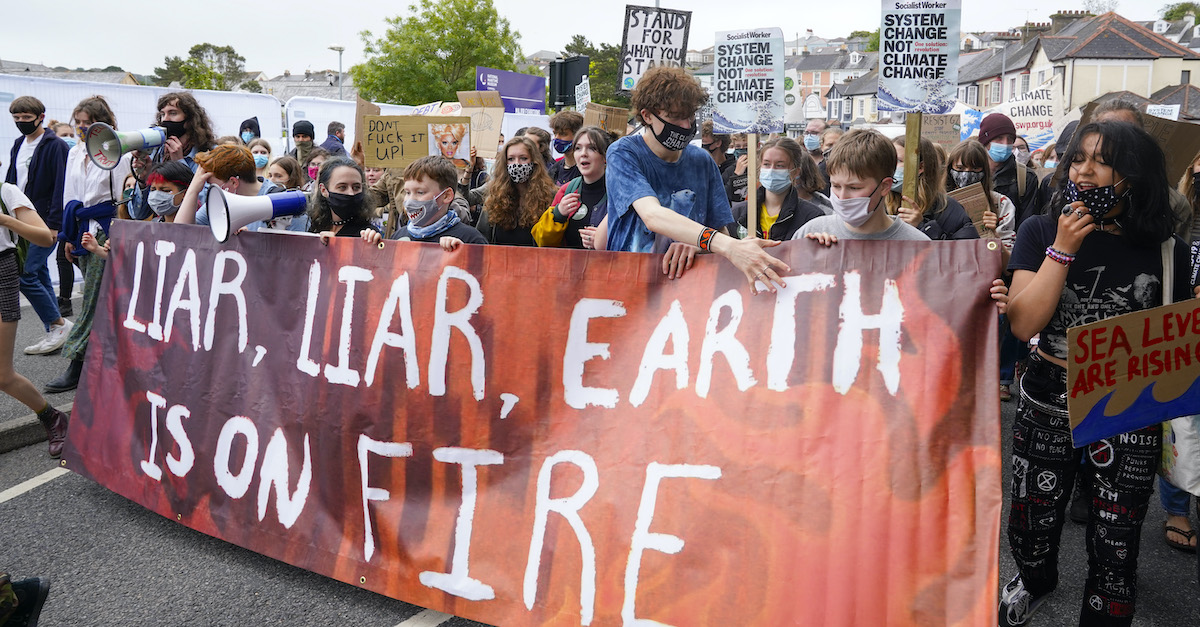 Protest groups gather in Cornwall as the UK Prime Minister, Boris Johnson, hosts leaders from the USA, Japan, Germany, France, Italy and Canada at the G7 Summit in Carbis Bay.

The Supreme Court dealt a setback to major oil companies on Monday, declining to review their petition to send Oakland and San Francisco’s lawsuit to hold them accountable for the climate crisis to their preferred court.

Joining the more than 20 states and municipalities suing oil companies, the California cities sued BP, Chevron, ConocoPhillips, Exxon Mobil and Royal Dutch Shell in 2017. Their lawsuit alleged fossil fuels qualified as a public nuisance under California law by damaging the coastal cities through the effects of rising global temperatures. The lawsuits were part of a nationwide spate of litigation that follow investigative journalism by InsideClimate News and Los Angeles Times, demonstrating how public messaging by oil companies on climate contradicted their private understanding of the crisis.

In trying to fend off these lawsuits, the oil companies have tried to transfer them to federal court, where they have succeeded previously in dismissing the cases. New York City Mayor Bill de Blasio lost his appeal of similar lawsuit in April, before the Manhattan-based Second Circuit.

In May, the Supreme Court allowed the oil giants to try this tactic again in Baltimore, but the high court stopped short from deciding whether the case belonged in state or federal court.

For Richard Wiles, the executive director of the Washington-based advocacy group Center for Climate Integrity, the Supreme Court’s ruling on Monday showed that the procedural tactics of major oil companies to avoid these lawsuit were failing.

“Big Oil and gas companies keep trying to evade responsibility for their role in the climate crisis so they can stick taxpayers with the bill for the massive damages their products cause,” Wiles wrote in a statement. “Appeals courts have overwhelmingly agreed that climate liability lawsuits filed in state courts belong in state courts. The Supreme Court did the right thing by letting the Ninth Circuit’s ruling stand. Oakland, San Francisco, and the more than 20 other states and communities seeking to hold Big Oil accountable deserve their day in court.”

The scope of Monday’s ruling was limited, upholding a May 2020 ruling by the Ninth Circuit rejecting the oil companies’ claim that the San Francisco and Oakland case belonged in federal court.

“We are very pleased that the Supreme Court rejected the defendants’ petition today,” they wrote in a statement sent to Law&Crime. “It has been nearly four years since we filed our suits, and it is now past time to move the cases forward on behalf of our residents and taxpayers to hold these fossil fuel companies accountable for their decades of deception and disinformation.”

Chevron did not immediately respond to an email requesting comment.

In petitioning the Supreme Court, the companies cast the lawsuits as a threat to their industry. “The importance of these cases supports review now,” Chevron’s lawyers wrote in a 46-page petition. “They cast a shadow over the entire energy sector that will lengthen if they are allowed to run their long, slow course in state court, where they do not belong. The accompanying exposure to vast, indeterminate monetary relief will deter investment and employment across the industry and the broader economy. This ‘economic disruption’ and the resulting effect on ‘our nation’s energy needs’ warrant prompt intervention.”