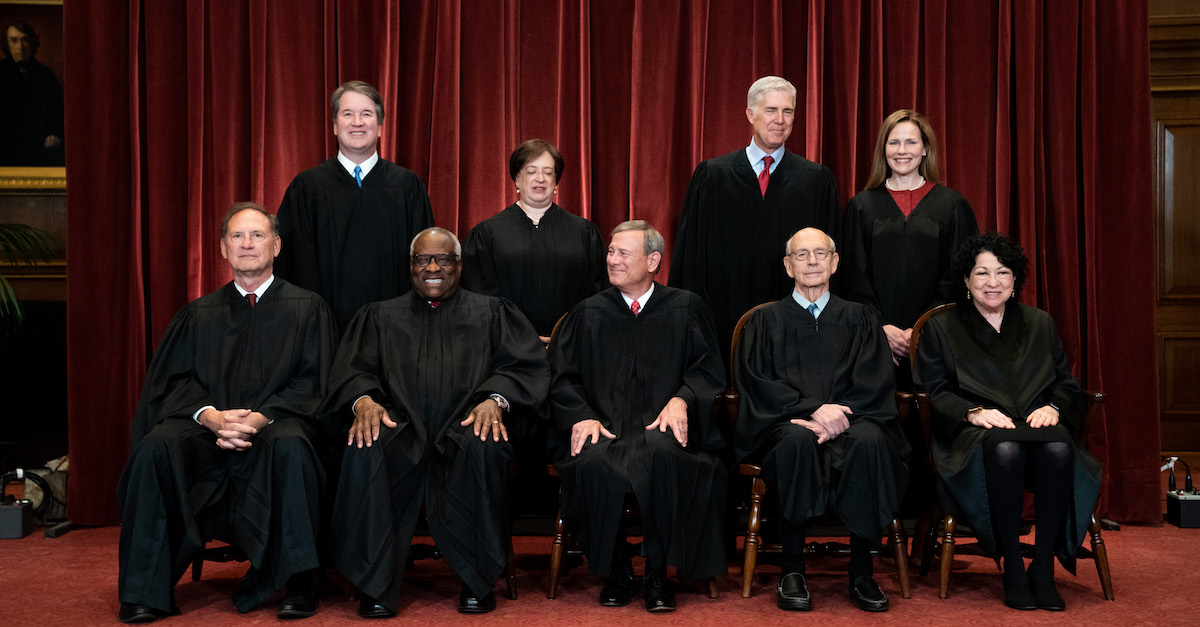 The U.S. Supreme Court on Monday issued a landlord-friendly ruling in an anonymous, unsigned opinion that overturns a tenant-friendly ruling by the U.S. Court of Appeals for the Ninth Circuit.

Stylized as Pakdel v. San Francisco, the case is about rental protections that were originally agreed to — and then subsequently reneged upon — by a wealthy married couple who own a “multiunit residential building” in the City by the Bay. City officials warned that this volte-face was unacceptable and the couple sued.

Specifically, the couple agreed to offer an extant rental tenant a lifetime lease in exchange for being allowed “to convert tenancy-in-common interests into modern condominium style arrangements, which allow individual ownership of certain parts of the building.”

Under the city’s system, such conversions are rare and lottery-based. The couple effectively cut the line by agreeing to offering the lifetime lease then went back on that agreement. The city promised an “enforcement action” and the landlords sued — alleging that “the lifetime-lease requirement was an unconstitutional regulatory taking.”

A district court and the appeals court rejected the couple’s claims.

The district court relied on a recently “disavowed” Supreme Court rule that forced people subject to governmental takings to first seek compensation through state courts — but which was still operative when the lawsuit was first heard. The Ninth Circuit, however, got hold of the case just after that rule change by the nation’s high court. A divided panel affirmed the original judgment anyway because, in their view, the City of San Francisco had not made a “final” taking.

In Monday’s per curiam opinion, at least five justices sharply disagreed with how the appellate court reckoned with finality.

“Although the city had twice denied their requests for the exemption — and in fact the ‘relevant agency c[ould] no longer grant’ relief — the panel reasoned that this decision was not truly ‘final’ because petitioners had made a belated request for an exemption at the end of the administrative process instead of timely seeking one ‘through the prescribed procedures,'” the justices explained. “In other words, a conclusive decision is not really ‘final’ if the plaintiff did not give the agency the opportunity to exercise its ‘flexibility or discretion’ in reaching the decision.”

“The rationales for the finality requirement underscore that nothing more than de facto finality is necessary,” the court explained — putting forth a general posture before cabining the application of the new-ish rule. “This requirement ensures that a plaintiff has actually ‘been injured by the Government’s action’ and is not prematurely suing over a hypothetical harm. Along the same lines, because a plaintiff who asserts a regulatory taking must prove that the government ‘regulation has gone ‘too far,’ the court must first ‘kno[w] how far the regulation goes.’ Once the government is committed to a position, however, these potential ambiguities evaporate and the dispute is ripe for judicial resolution.”

In other words, the Supreme Court upbraided the Ninth Circuit for expressing a rule that would require exhaustion of administrative remedies before a lawsuit can even be filed.

And that, the justices remarked, is not how Fifth Amendment takings jurisprudence currently operates.

“[A]dministrative ‘exhaustion of state remedies’ is not a prerequisite for a takings claim when the government has reached a conclusive position,” the opinion notes.

And, on the specific set of facts, the City of San Francisco had essentially reached its final conclusion here.

“[T]here is no question that the government’s ‘definitive position on the issue [has] inflict[ed] an actual, concrete injury’ of requiring petitioners to choose between surrendering possession of their property or facing the wrath of the government,” the court noted.

Given that the Fifth Amendment enjoys “full-fledged constitutional status,” the Ninth Circuit had no basis to relegate petitioners’ claim “‘to the status of a poor relation’ among the provisions of the Bill of Rights.”