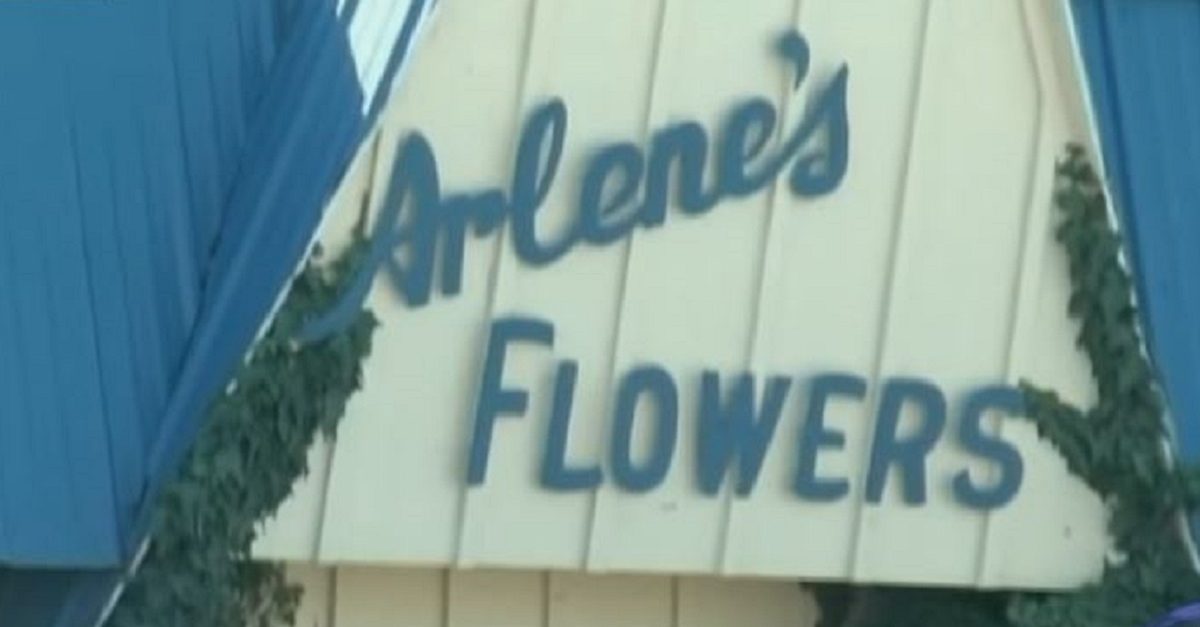 Earlier this year, the Supreme Court issued a narrow ruling in Masterpiece Cakeshop v. Colorado Civil Rights Comm’n, the case of Jack Phillips, a Colorado baker who refused to bake a cake for a gay wedding. The Court’s opinion didn’t decide whether Phillips’ refusal was against the law, instead focusing on how the Colorado commission that first heard his case didn’t give him a fair hearing because they were hostile towards his religious beliefs. On Monday, the Supreme Court addressed a similar case. Once again, they favored a business owner, but without making any decision on the law.

The case is from Washington State, and involves a florist, Barronelle Stutzman, who in 2013 would not provide flowers for the same-sex wedding of Robert Ingersoll and Curt Freed, who were past customers of Stutzman’s shop, Arlene’s Flowers. The Washington Supreme Court ruled that this was discrimination in violation of the Washington Law Against Discrimination.

Stutzman sought a review of her case by the U.S. Supreme Court, and on Monday they vacated the lower court’s judgment and sent the case back down “for further consideration in light of Masterpiece Cakeshop[.]”

At first glance, this may seem odd, considering that the Court’s ruling in Phillips’ case specifically dealt with the facts of his case and the state commission’s treatment of him. Stutzman never went before a state commission, her case was first heard by a state court.

Justice Anthony Kennedy‘s opinion in Masterpiece Cakeshop, however, did note some characteristics of the case. One of them, is the fact that Phillips’ claimed he was not discriminating because the prospective customers were gay, but because he did not want to participate in a gay wedding. Similarly, Ingersoll had been a customer of Stutzman’s shop for nine years, and she was aware of his relationship. It stands to reason that she’s not one to discriminate based solely on a person’s sexual orientation, but when it comes to being part of an occasion that goes against her religious beliefs, that’s where she draws the line.

Another part of Phillips’ case that was noted in the Masterpiece Cakeshop opinion is that Phillips claimed he would have sold pre-made items for a gay wedding, he just didn’t feel comfortable actively creating anything for it. According to the state court opinion in the Arlene’s Flowers case, Stutzman said that there was “a distinction between creating floral arrangements–even those designed by someone else–and selling bulk flowers and ‘raw materials,’ which she would be happy to do” for the couple.

In any event, the state court in Washington will have a somewhat new context in which to consider the case against Stutzman. Whether they reach a different outcome remains to be seen.