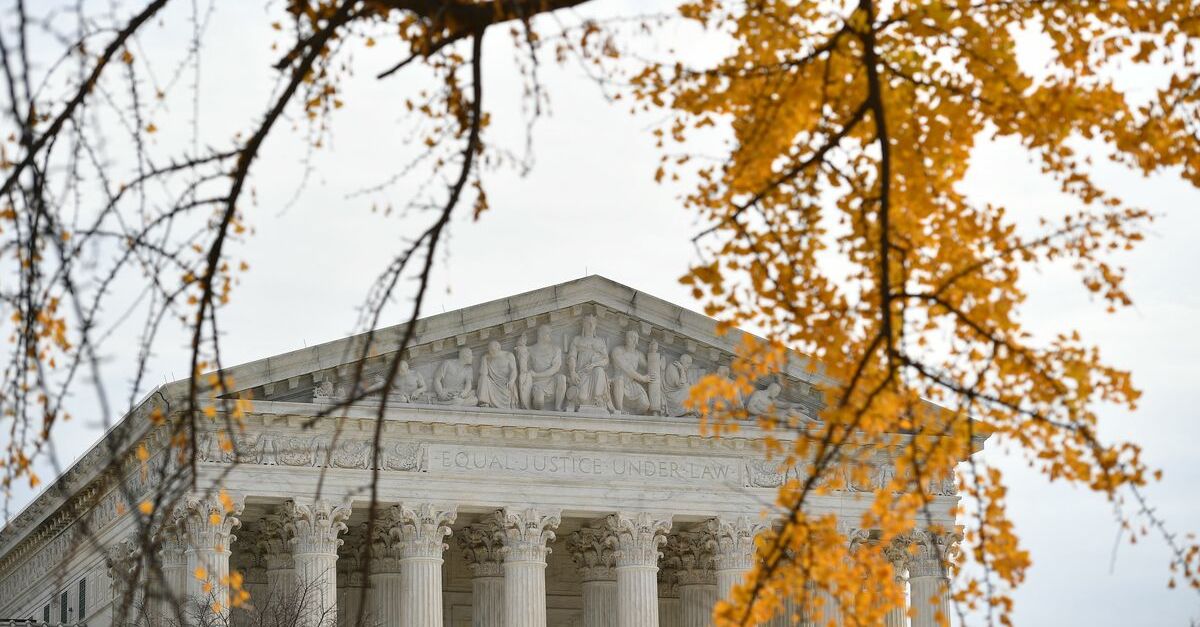 The US Supreme Court is seen in Washington,DC on December 7, 2020.

The Supreme Court of the United States heard oral arguments Wednesday in a case about the federal government’s 2008 rescue of Federal National Mortgage Association (FNMA, better known as “Fannie Mae”), and Federal Home Loan Mortgage Corporation (FHLMC, better known as “Freddie Mac”). Lawyers representing a group of shareholders of the mortgage giants argue that they deserve compensation because a 2012 agreement between the Obama Administration and the companies rendered their shares worthless.

The majority of Wednesday’s oral arguments focused not on the fairness of the agreement’s terms, but on constitutional questions raised by the mechanics of the federal agency created by the Obama administration to stabilize the mortgage market. Whether the Obama-created regulatory framework constituted “nationalizing” Fannie Mae and Freddie Mac, and whether the president retained sufficient power over that framework are central to the Court’s determination in the case.

What are Fannie Mae and Freddie Mac?

Both companies are federally-created corporations that are publicly traded and have private shareholders. Fannie Mae began as part of the New Deal, and Freddie Mac was started in 1970; the two companies hold the majority of American mortgages as well as mortgage-backed securities.

What did the Obama administration do?

Losses tied to the sub-prime lending catastrophe resulted in Fannie Mae and Freddie Mac losing “more in 2008 ($108 billion) than they had earned in the previous 37 years combined ($95 billion).” Given the economic havoc the loss threatened to cause, Congress stepped in to staunch the bleeding.

In response to the crisis, Congress passed the 2008 Housing and Economic Recovery Act, which created the Federal Housing Finance Agency (FHFA) to regulate Fannie Mae and Freddie Mac. The companies were put into a conservatorship, and under it; FHFA made an agreement with the Treasury Department whereby Treasury would give Fannie and Freddie up to $100 billion in exchange for stock and dividends.

That agreement, however, changed over time. In 2012, FHFA and Treasury made an amendment to the 2008 agreement; the change meant Treasury would no longer be paid back proportional to the government’s initial investment — but rather, to Fannie Mae and Freddie Mac’s overall net worth.

Why did shareholders sue?

Private shareholders of Fannie Mae and Freddie Mac sued, saying that the change had been too good a deal for the federal government. Treasury knew, they claimed, that Fannie Mae and Freddie Mac were about to earn huge profits, and the amendment amounted to a windfall for Treasury. The shareholders argued that the 2012 amendment should be struck down because FHFA and Treasury had no authority to enter into the agreement at all.

As an alternative argument, the shareholders also argue that the entire FHFA is unconstitutional on the basis that its rules allow the president to fire the agency’s director only “for cause.” This limitation on the president’s authority suggests a possible separation of powers problem under various principles of constitutional law.

There is also disagreement among the parties as to whether, even in the event there had been wrongdoing, shareholders have the right to sue. Alternatively, argues the Department of Treasury, any harm suffered can only be claimed by the corporations themselves.

At the district court level, the shareholders lost. On appeal, U.S. Court of Appeals for the 5th Circuit reversed in part. It reinstated the shareholders’ challenge to the 2012 amendment, and agreed that the terms of presidential removal violated the Constitution. However, the 5th Circuit ruled that the proper remedy was to sever the problematic portion of the statute, as opposed to invalidating the entire law.

The Supreme Court has already– and as recently as July 2020– dealt with the question of what to do when a removal-for-cause provision is found unconstitutional. In Seila Law v. Consumer Financial Protection Bureau, SCOTUS ruled 5-4 that allowing the president to remove the director of the Obama-created Consumer Financial Protection Bureau (CFPB) only “for cause” violated separation of powers. The Court ruled that the proper remedy was to sever that portion of the statute from the rest, and keep the CFPB intact. The decision in Seila was handed down just two weeks before the Court granted certiorari in the current case.

At oral argument, Justice Sonia Sotomayor drew a distinction between the current case and the recent precedent. The justice said she sees “vast differences” between the CFPB and the FHFA. “The FHFA’s most notable power and the reason why we are here today,” Sotomayor remarked to Hashim Mooppan, attorney for the government, “is that they can put certain government-affiliated companies under conservatorship. Conservatorships are never thought of, in my experience, as an executive power. It’s historically been an adjunct to the judicial power.”

During one of the few exchanges Wednesday that went to the practical harm allegedly suffered by the plaintiff shareholders, Chief Justice John Roberts began his questioning by pressing attorney for the shareholders David H. Thompson on his client’s actual injury. Thompson had argued that both the companies themselves and the shareholders had suffered economic harm as a result of “nationalization” brought about by the 2012 amendment.

Chief Justice Roberts, however, had done some research before coming to court.

“Your claim which you describe as ‘nationalization’ of the enterprises, is basically that your clients were left out in the cold and their holdings rendered worthless,” Roberts began. “But I checked this morning, and Fannie Mae is trading at $2.69 and Freddie Mac at $2.56, and your shares are not worthless. They’re worth something and presumably largely based on judgments of what the future holds. Doesn’t that render your nationalization rhetoric just that– rhetoric?”

Roberts followed up with an impactful statement on shareholders suing over what was essentially a bailout by the Obama administration.

“We can’t lose sight of the fact that this was a lifeline thrown to your clients, and that has to be worth something, too,” said Roberts.

Justice Stephen Breyer seemed equally skeptical about rights of shareholders to bring their claims in this case, suggesting that if there were any harm done, it was done to the corporations themselves. Breyer asked why, if the shares really were rendered worthless as claimed, the plaintiffs hadn’t filed a case for government taking of private property.

Following the Supreme Court’s hearing in the case, the Court is adjourned until after the New Year.

Attorneys representing the parties in this case did not immediately respond to Law&Crime’s request for comment.