DHS Attempted to Comply with a Court Order to Welcome Dreamers, But the Judge Found the Website Is Not Up to Snuff

The Department of Homeland Security did the bare minimum to comply with a federal judge’s order to welcome applicants for Dreamers after the court restored Deferred Action for Childhood Arrivals (DACA) last week. But on Wednesday, U.S. District Judge Nicholas Garaufis found that the bare-bones page on agency’s website fell short of what he demanded in the second of a pair of scathing orders in November and December.

DHS has until 5 p.m. on Wednesday to get the website up to snuff. As their website currently stands, DHS has bare docket information for the cases Batalla Vidal v. Wolf and State of New York v. Trump, in which Judge Garaufis found that acting Homeland Security Secretary Chad Wolf’s memo effectively rescinding DACA had no authority because he was illegally appointed.

Simply linking to the ruling, DHS provides a two-sentence summary that is a model of government euphemism and evasion.

“On November 14, 2020, Judge Nicholas George Garaufis of the U.S. District Court for the Eastern District of New York issued an opinion regarding the July 28, 2020 memorandum signed by Acting Secretary Chad F. Wolf,” the website states. ” On December 4, 2020, Judge Garaufis required the Department of Homeland Security to reinstate the DACA policy that was in effect on September 4, 2017.”

Garaufis ordered the government to replace that language with the language below. 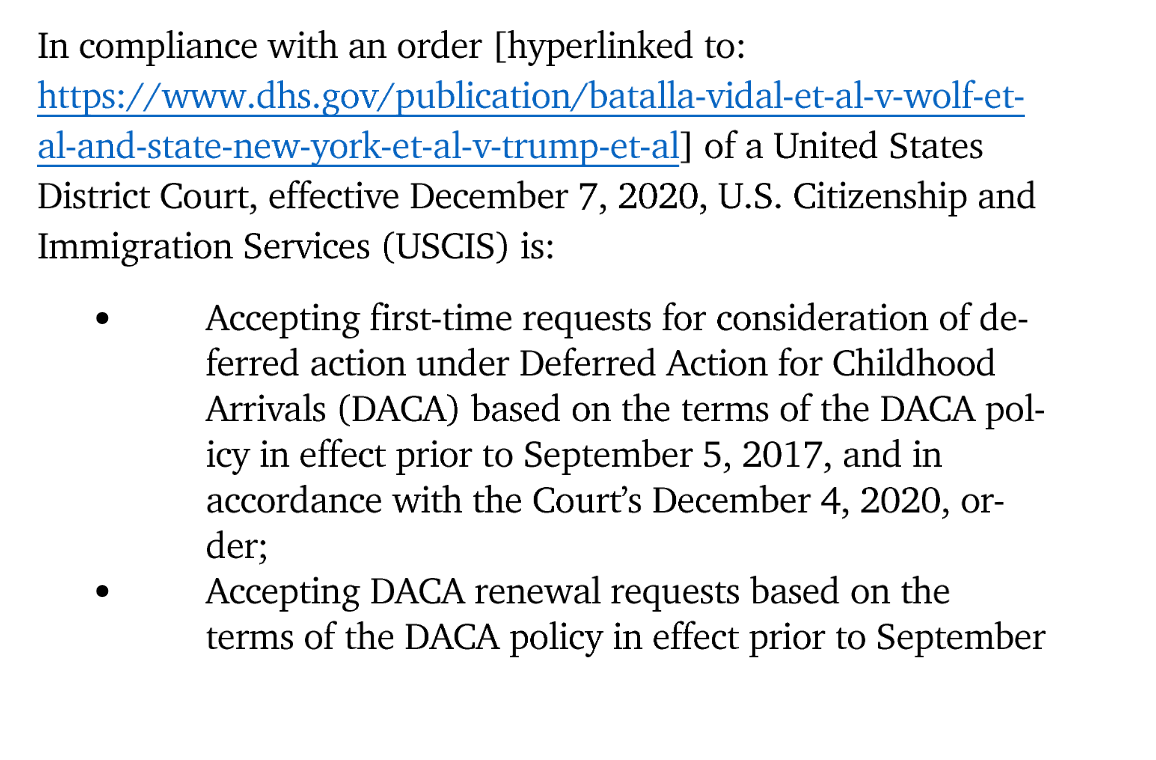 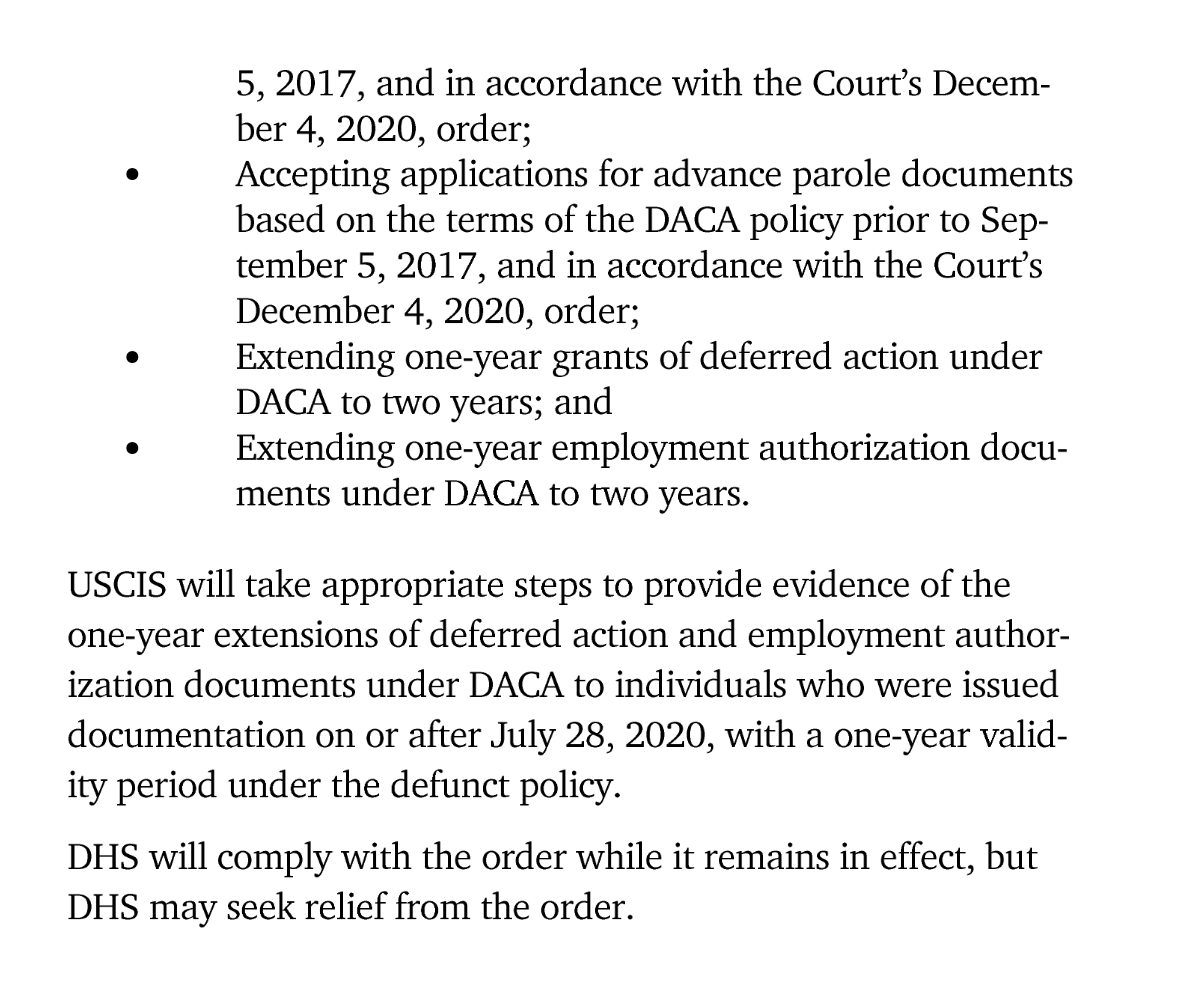 Giving enforceable weight to the findings of the Government Accountability Office this past office, Judge Garaufis recently found: “DHS failed to follow the order of succession as it was lawfully designated.”

“Therefore, the actions taken by purported Acting Secretaries, who were not properly in their roles according to the lawful order of succession, were taken without legal authority,” he wrote last month. “Accordingly, Mr. Wolf did not possess statutory authority when he assumed the role of Acting Secretary in November 2019.”

That has not stopped Wolf and others from posing as lawful government officials.

In a footnote of his Dec. 4 order, Judge Garaufis scolded Wolf and Federal Emergency Management Agency administrator Pete Gaynor for continuing to try to use powers that he previously ruled they do not have.

“Administrator Gaynor, undeterred, issued yet another ‘Succession Order’ just hours after the court issued its opinion on November 14, and Mr. Wolf once again attempted to ratify his prior actions as Acting Secretary on November 16,” he wrote. “Of course, for the exact same reasons, those documents have no legal significance. Neither Administrator Gaynor nor Mr. Wolf currently possesses, nor have they ever possessed, the powers of the Acting Secretary of Homeland Security.”