The Federal Judiciary Appears to Have Lied to Congress About the Cost of PACER Reform, and It Just Got Caught 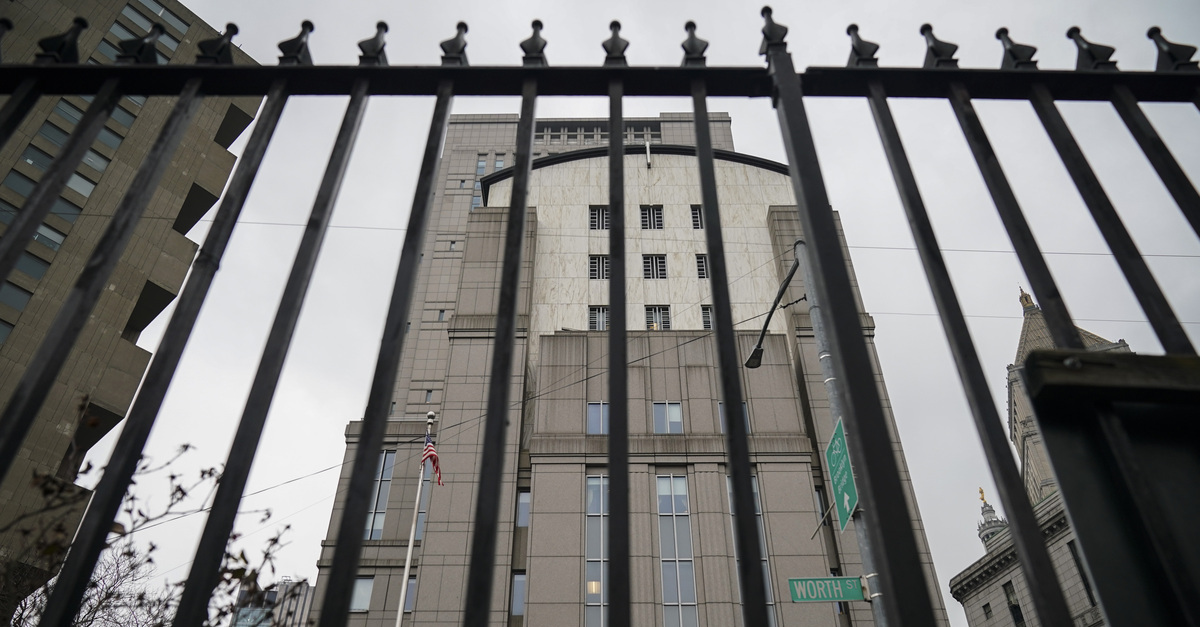 The federal judiciary appears to have lied in order to maintain access to some things they understand well: antiquity and revenue. According to the Congressional Budget Office (CBO), a bipartisan proposal to reform the decades-old Public Access to Court Electronic Records (PACER) system which would eliminate point-of-access and user fees has a net price tag of $9 million over ten years–a paltry sum by any measure where federal dollars are concerned.

And the sum is markedly lower than the federal judiciary’s claim that reforming the out-of-date PACER system would cost $2 billion.

On Tuesday, the U.S. House of Representatives passed the PACER reform bill–against a strenuous opposition campaign led by the Administrative Office (AO) of the U.S. Courts and various federal judges who signed on to the effort.

“Today is a momentous day for court transparency and accountability,” Fix the Court’s Executive Director Gabe Roth said on Tuesday. “Access to court filings shouldn’t require a fat bank account, and it’s heartening to know that so many elected officials are with us on this.”

The reform effort passed the House by acclamation and is now one-third of the way home. The Open Courts Act gives the judiciary–whose information technology is stuck in the 1990s–a four- to five-year period to adequately update its systems and make them truly accessible to the public. But the years-in-the-making task of giving the public access to its own court records was opposed every step of the way by the U.S. federal judiciary,

False talking points about the bill obtained by Fix the Court and circulated by the AO to members of Congress were repeated by numerous federal judges.

“Thank you for your interest and support of the federal judiciary,” the memo began before staking out its position. “I am bringing to your attention our concerns that the [House/Senate]may give floor consideration to H.R. 8235, the Open Courts Act (“OCA”) during the lame duck session. The Judiciary adamantly opposes this bill.”

The memo continues [all emphasis in original]

This bill would force the Judiciary to create a completely unnecessary new electronic filing and public access document system, estimated to cost at least $2 billion.

To pay for it, litigants in civil and bankruptcy cases will have to pay double, triple, or even more in additional fees–just to file their cases in court.

These new costs would break the financial backs of many litigants, essentially closing the courthouse doors and denying them access to justice.

Lawmakers were particularly incensed by the apparently made-up $2 billion estimate from the court system’s administrators. Professional economists at the CBO estimate the OCA would actually cost $46 million over 10 years while offsetting most of the costs to the tune of $37 million over that same time period.

“That’s a drastic difference than a $2 billion cost estimate submitted at the last minute to confuse and try to derail passage of this very common sense, necessary legislation that brings judicial records into the 21st century,” Rep. Hank Johnson (D-Ga.) said during a floor debate earlier this week.

“Forcing the public to pay for access to court records imposes an unnecessary and unconscionable burden on people who are simply engaging in a constitutionally protected activity,” Johnson added.

According to Fix the Court, the AO mounted a last-minute lobbying campaign with these false talking points.

The judicial reform group accused the agency and the judges they represent of bullying Congress with “misinformation” in order “to maintain its PACER slush fund” by “mobilizing dozens of judges to lobby their members of Congress to oppose” the bill’s passage.

A press release from the group savaged the AO’s effort:

This escalation is as odd as it is unprecedented in recent history, as there’s no Senate companion bill, and we’re in a lame-duck session. With this being the case, one would presume the third branch would use its political capital to advance efforts to improve judicial security (S. 4711 / H.R. 8591) or add 65 new judgeships to U.S. District Courts (S. 4779) – both purported AO priorities.

“Federal judges should not be lending their names and reputations to an ill-advised, ethically dubious lobbying effort,” Roth added. “Instead of waging a campaign of grievance and misinformation, the judiciary ought to work with lawmakers on a legislative fix.”

Pro-transparency organization The Free Law Project also offered some details and disdain over the recent attacks on the OCA:

Reminder: The judiciary gave talking points to federal judges that said this bill would cost $2B, and asked them to contact congress with that number.

If you're a federal judge that did that, you probably don't feel too great right about now.

1. The reason it's so cheap is that the bill has "pay-fors." Money comes from other places like increased fees for the next couple of years.

2. This is based on the version of the bill from last December. Since then we've found more pay-fors.

3. We actually think it'll be cheaper than this.

But basically, of course it'll get a good score! They currently run PACER at a cost of $100M/year. That's very easy to beat.

As Law&Crime previously reported, the OCA is a rare bipartisan effort with a forward-thinking goal and purpose that aims to revamp the outmoded system used by the U.S. legal profession and others within its orbit.

Under the current law, the Judicial Conference of the United States, which is technically controlled by U.S. Chief Justice John Roberts, charges 10 cents per page for every search. The per-page charge applies even in cases where no search results turn up. PACER’s user fees are waived–and thus no debt is owed–if someone racks up less than $30 in charges during any given quarterly billing cycle.

Started in 1988 as a standalone library feature, the system was moved to the World Wide Web in 2001. The interface, however, hearkens back to something not entirely unlike like the Internet’s halcyon days of 1995–and the user experience for an un-initiated legal researcher can range from daunting to maddeningly perilous in terms of potential time wasted and fees accumulated.

The OCA would modernize this archaic and frustrating UX while providing the public access to the same system that the public pays for–a system that is purportedly there to serve the public interest. But this proposed state of affairs was apparently too much for many judges to accept–for one reason or another.

“The Judiciary insisted that making a free PACER would cost $2 billion,” technology journalist Mike Masnick noted via Twitter. “The CBO did the math and… it’s $9 million over 10 years. Judges apparently are bad at math.”